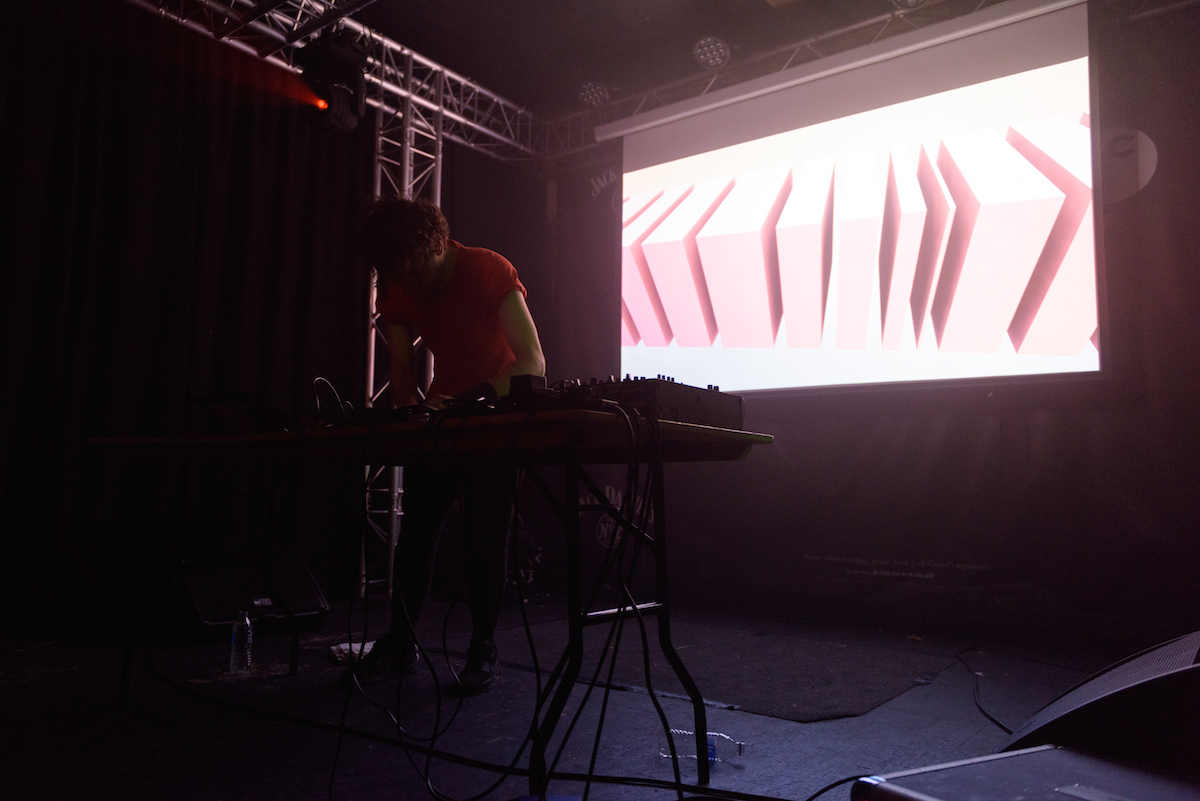 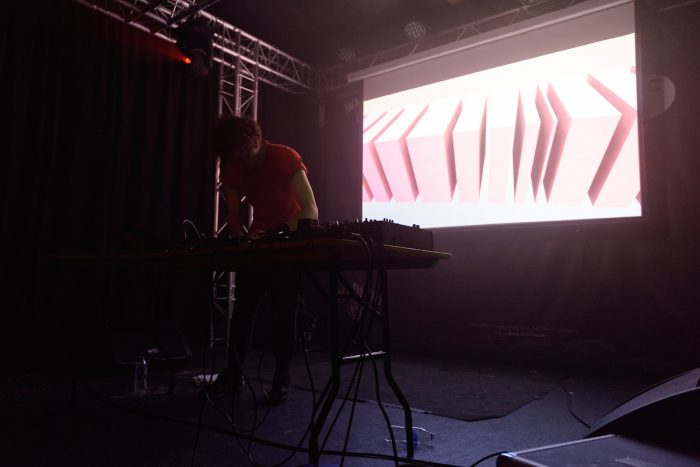 A spellbinding set from electronic genius Nathan Fake that kicks off the extended bank holiday with a bang, as Fake works his magic!

Following on from the release of his fourth album Providence and first on the illustrious Ninja Tune, Nathan Fake has embarked on an extensive live tour as he brings the tracks from Providence to life. With his latest album featuring collaborations with the likes of Pruient and Raphaelle, and it being the start of an extended bank holiday weekend there is an instant air of frivolity befalling the crowd and rightly so.

Local act Dextro is first to take the stage, its an intriguing stage setup with a plethora of electronic wizardry carefully laid out. Alongside a drum kit, unfortunately the early part of Dextros set is plagued with technical issues resulting in limited visuals but he soldiers on regardless. When they do materialise they compound his austere and bleak soundscapes, the majority of the set he is hunched over the table where all his instruments lie, constantly pressing buttons.

However, he moves away after triggering yet another sparse beat and takes to the drums adding an extra dimension to the track, the motoric beats thundering throughout the venue. It’s an exceptionally bleak set, with his dark heavy beats often rising to the fore. Similar cannot be said for Nathan Fake though as he takes to the stage shortly after, cloaked in darkness instead the bright visuals from Providence are projected behind him.

His undulating set weaves its way through his back catalogue, constant variation an excitement sees the crowd endlessly enthused. A wave of carefree abandon takes over, he whips the crowd up into a frenzy, breaks are short and few and far between. Each time a track breaks down Fake is poised ready to elevate his set to another level, Degreelessness Fake’s collaboration with Pruient is a particular crowd favourite.

The Equator & I is an equal favourite, yet Fake’s set is meticulously planned. He reads the room perfectly whilst maintaining the party atmosphere and blending in more downbeat tracks. Reaching the climax of his set though Fake is on top form, the crowd taken aback by his enthusiasm with their outpouring of adoration for him. It proves to be an excellent way to start the bank holiday weekend, his upbeat and fervent set make for the perfect set.

~
Nathan Fake can be found online here nathanfake.com. He is also on Facebook and tweets as @NathanFake.