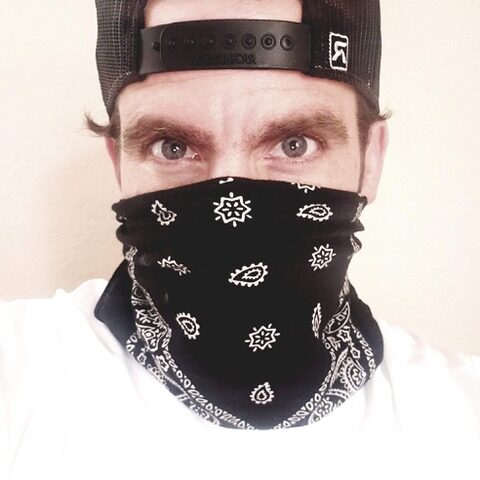 Nate Soundz is a creative anomaly, especially in the world of rhyme, the beat and the rap. An artist, a producer, an authentic, fiery, and frenzied designer of words….He is flawless in his artistry and is the architect of his sophisticated record art. Nate Soundz (aka Nathan Shawn) is a father, a veteran, a self-made MC and a dedicated musician, having sold his house to make his career work. He started writing poetry which evoked lyrics and led to recording.

From Esparto, a small town in California with 90 people in his graduating class, Nate was raised by his mom. He was creative as a child and then stepped away from it for a while. He toured the world while in the military then returned to his creative roots and hasn’t thought about anything else since.

I spoke to Nate regarding his inspirations…..his passions and his hopes. ….It’s time for the planet to meet Nate Soundz, the next superstar….

Louder Than War: What inspired the rhyme?

I was creative as a kid and I liked music. I remember the first song I heard by the Eurythmics, “Sweet Dreams.” That’s the number one song that was my total influence from such a young age.

Was there a moment that you recall in your life that changed the trajectory of it?

I got divorced and for the first time in my life since middle school I was trying to take an interest in girls. I was infatuated with a good positive relationship…With the separation, for the first time in my adult life I had time to myself. I had done poetry and after I had 30 hung up on my wall and several people at the time told me that they read like Raps. I said, “I don’t rap”, I was kind of like a hard rock kind of guy listening as a fan. I did like a lot of hip-hop songs so when someone told me that I paid 30 bucks for a microphone and I said to myself, “this looks like fucking fun.” I never expressed myself before in a creative way outside of drawing a picture or two. I felt elated, like I was lifted off the ground. 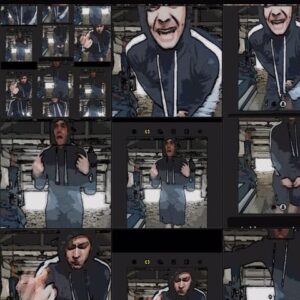 I love that story.

It was revealing to me especially after coming from the military and being strict and kind of hot assed, I felt that I can let my hair grow a little bit.

Do you have an ultimate stage fantasy?

Just to be listened to for real. I’ve got a lot of things to say, I’ve had a lot of unique experiences. That’s a lot more than a lot of people. I’ve been exposed to opportunities and I have a lot of things to share. I seem to have a good, positive influence on people, and I want to see how far I can take that. Any stage would be fine for me.

If you could give someone else in your situation advice, what would you tell them?

All The things that you need to be successful you were going to have to create within yourself first. And everything else after that is an extension. You probably want to develop the fact that you can help yourself to the finest point before you start investing in anything. You have to look at yourself and decide who you are and carry that. In other word,s be sincere yourself. At the most fundamental level outside of business, be sincere to yourself.

I can be technical. It’s almost like a colloquialism. When you go from idea to idea I would love to maybe start with skits or something. I don’t want to improve people’s stuff, I would like to enhance people or increase them or give them inspiration…other creatives. I am an over the top person so it’s hard for me to deal with people who are not already geared towards being creative or expressing themselves because my eyes might open a little too big and my arms might open a little too wide too fast. 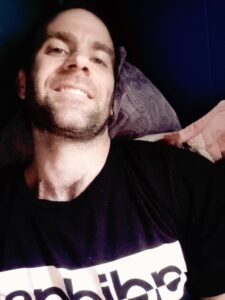 You said that you have a lot of things to say, tell me something?

Going back to my diversity of experiences I’m very interested in when things kind of match each other, where they overlap, where the intersections are. Because those are bridges into almost other worlds. It is overwhelming to me sometimes. I have so much to say about just that alone. Just anything we can talk about in the world that people have an issue with…..I’m just the devil’s advocate. I’m just the one who tries to at every opportunity ask what do you want from that and how do you identify yourself, and what do you want from the situation that you have an objection to? The solution to that is if it’s a problem,  fix it, either destroy or avoid. I really would like to talk about everything I could that is difficult for people to deal with themselves.