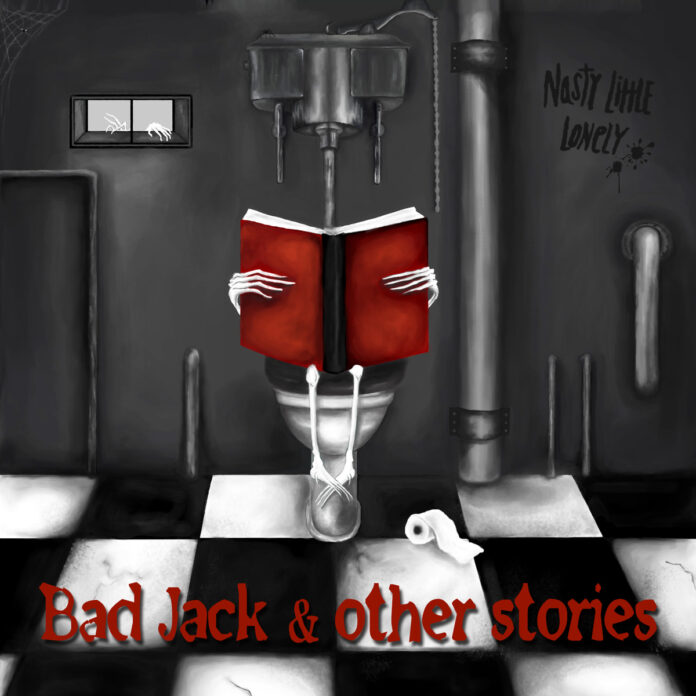 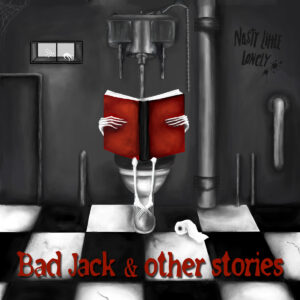 Nasty Little Lonely – Bad Jack and Other Stories (Self Released)

Post-punk noise makers Nasty Little Lonely return with a new collection of songs that see them tighter and more focused than ever before. Louder Than War’s Ben Tansey reviews.

The title track is the Nasty Little Lonely we know from ‘Son Of The Flies’.  Ben Fisher’s guitar, slathered in gorgeous spring reverb, bends and chimes much like band-du-jour and recent gig mates The Wytches, before lurching into a demented shuffle beat anchored only by Charlie B’s bludgeoning bass line.  It’s a riff that manages to simultaneously swing and sound like an army of stormtroopers marching on your head.  In a good way.  Charlie B’s vocals also succeed in straddling such dichotomies.  Like her heroes Lydia Lunch and Karen O, Charlie B can be coquettish and playful one minute and manically unhinged the next. She also does a good line in creepy harmonies as Bad Jack’s subdued half-time refrain proves; “It’s obscene all the places that you’ve been inside your mind / Now it’s time that your serendipity was re-aligned” she broods as Geracitano’s galloping groove slows to a doom-laden stumble whilst Fisher’s guitar shakes out weighty minor chords that evaporate into an ether of swirling delay.

With Throw Me A Bone, Nasty Little Lonely are on much harsher, industrial terrain.  A filtered, fuzzy bass line underpins a venomous vocal; “This little doggy won’t beg for your favour / This little piggy won’t squeal for forgiveness”.  Charlie B’s voice, swimming in delay, hisses with clipped distortion but all the effects in the world can’t disguise the bile with which she delivers the line “This little soul doesn’t need you to save her”.  I don’t know who’s pissed her off but I’m glad it’s not me.

For all their alt rock sensibilities Nasty Little Lonely don’t just make a load of noise, they write songs.  Immersed in the deluge of feedback and reverb and fuzz are hooks – good hooks – grooves and melody.  The band’s sound owes much to Texan four-piece the Jesus Lizard but you’d be hard-pushed to whistle anything that came out of David Yow’s mouth, meanwhile the chorus to Throw Me A Bone – “Throw me a bone, I’ll lick up your sin / No flies on you ‘cept under your skin” – is downright catchy.  CATCHY!

A militaristic snare hammers out an uncompromisingly mechanical beat akin to Big Black or Ministry for Blood On The Floor.  A ballsy, heavily fuzzed bass line keeps the whole song together whilst Fisher’s guitar swirls and screeches in the background like a pterodactyl caught in a hurricane.

A downbeat, acappella ending makes way for the thumping unison riff of Machinery, the last song of the EP and quite possibly the best.  NLL beat at their instruments like a boxer pummelling a punch-bag.  A menacing Charlie B sings of silver tongues and razor wits as an alarm sounds in the background.  The second chorus builds on the first with some atmospheric, clanging guitar notes before Geracitano pushes the whole thing into double time for a gloriously fuzzy industrial freak out.  Come the Armageddon, this is the song I want playing as the fireballs crash through the atmosphere.

One could suggest Nasty Little Lonely have changed direction somewhat with this latest offering however I hope instead they are choosing to show us another intriguing side of themselves, rather than replacing and updating the sound we fell in love with on ‘Son Of The Flies’.  NLL have the creative muscle to explore whole realms of sonic possibilities and an identity strong enough to ensure everything they make retains their own unique character.  In an industry that forces bands to pigeon-hole themselves into ever narrower sub-genres, I hope NLL will be brave enough to hold on to their creative freedom.