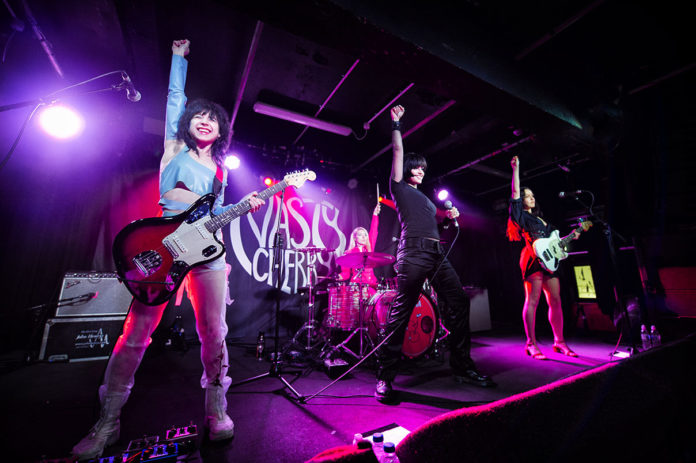 A far cry from the howling wind and rain outside, the Academy 3 is a veritable sweat pit tonight. You can feel the heat hit you as you walk in and, as such, most of the audience strip themselves down to base layers as quickly as possible.

Brighton band Noisy are the second band on tonight, Louder Than War having somehow missed the detail that there were three bands on the bill. Noisy live up to their name, with fast and furious pessimistic anthems to a lost generation. They have the feel of a post Enter Shikari band, making the most of beats and guitars, writing sarcastic anthems for jaded teens. But they are enthusiastic, not to mention cheerfully sweary, and by the end of their set they’ve got a small section of the crowd bouncing up and down on the dancefloor. 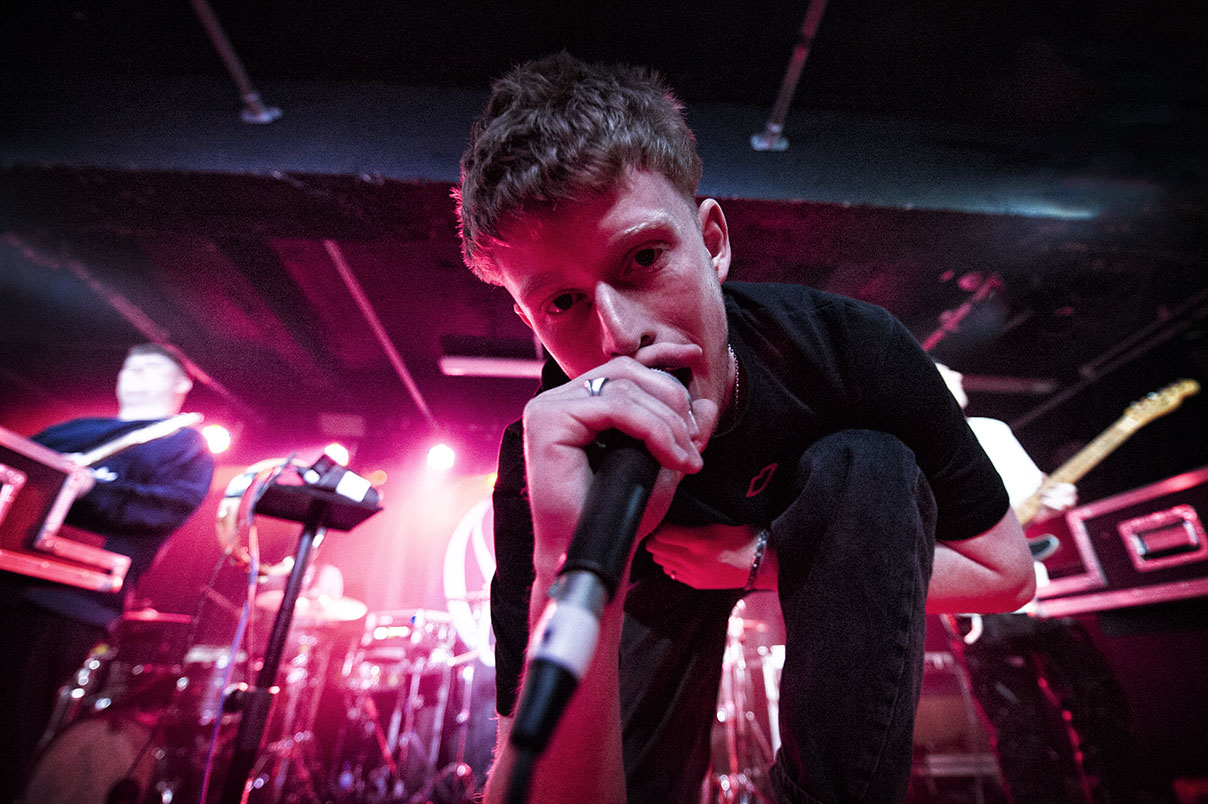 Nasty Cherry takes to the stage at 9:30 pm, and it’s clear from the moment they walk out that this Charli XCX mentored ‘best band you haven’t heard of… Yet’, as seen on their Netflix series I’m With The Band, have a definite stage presence. The level of confidence is palpable, as is a distinctly Runaways flavoured image. 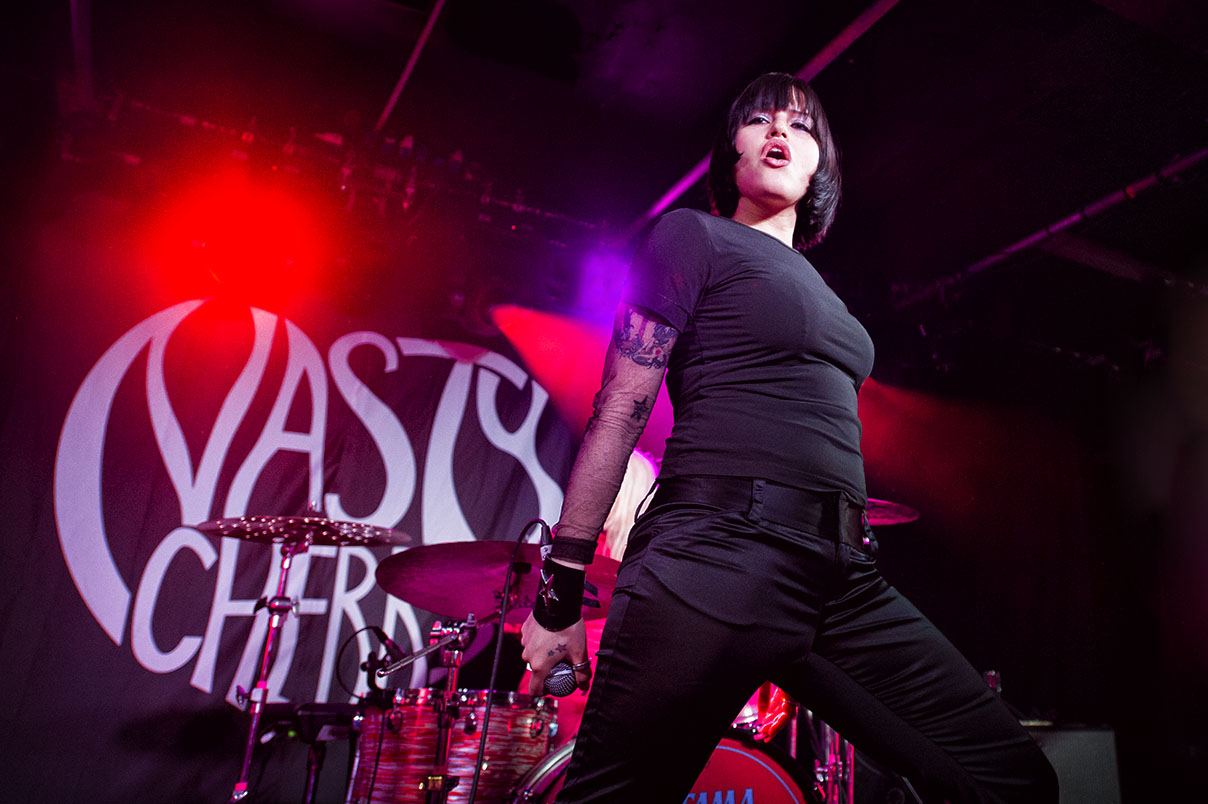 Musically, they make slick punk flavoured electro-pop, a bit like CSS or ‘Icecream’ era New Young Pony Club. There’s also slower, slinkier moments that sound vaguely Prince and the Revolution-esque. The high octane, turbocharged songs are slick and well-performed, and they go down extremely well with the majority of the crowd, who are largely made up of students and teenagers.

A lot of the crowd, you get the impression, have seen the Netflix show, listened to the EP, and know songs like the insanely catchy ‘Brain Soup’ word for word. They jump up and down and sing along at the top of their voices. Time and again I watch people weaving and pushing their way through the crowd, only to be forced to a reluctant standstill as they reach the back of the first five or six rows: Nobody here is moving for anyone. Those determined to breakthrough will have to wait until the lure of the bar proves too much for the sweaty dancers near the front and a gap is created. 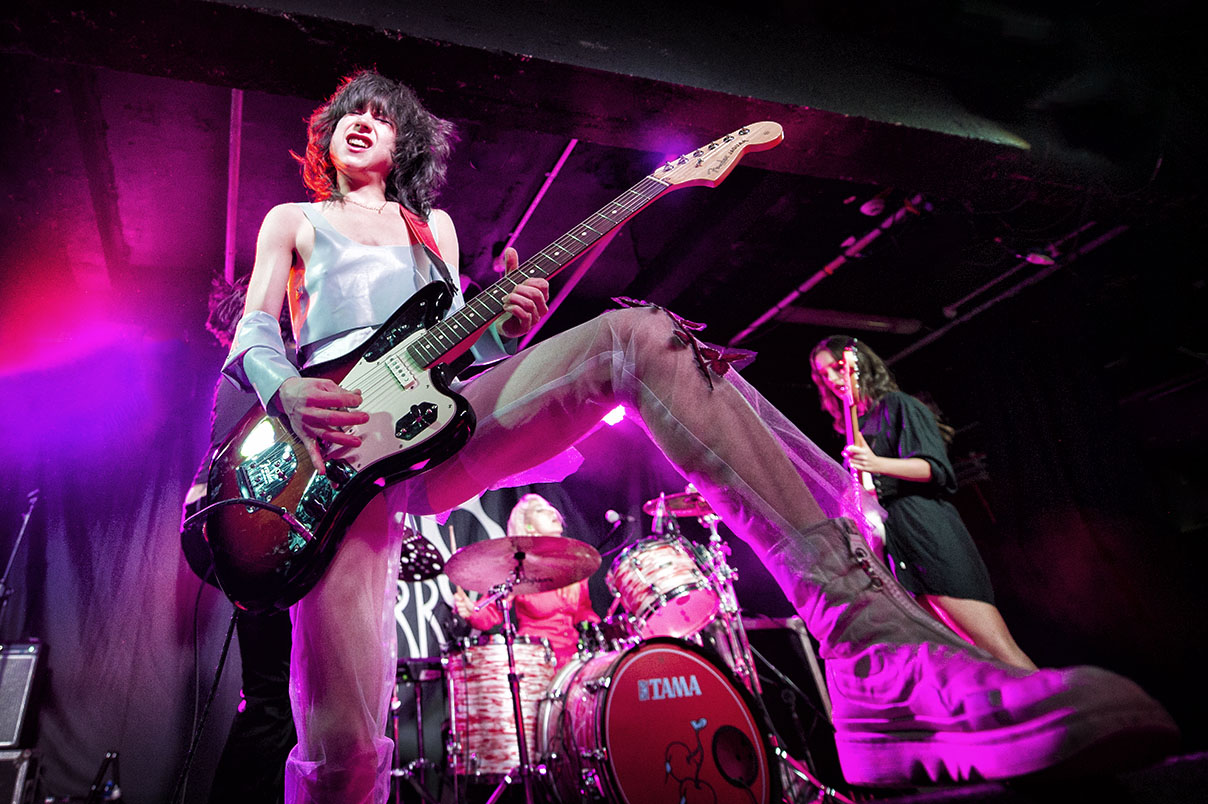 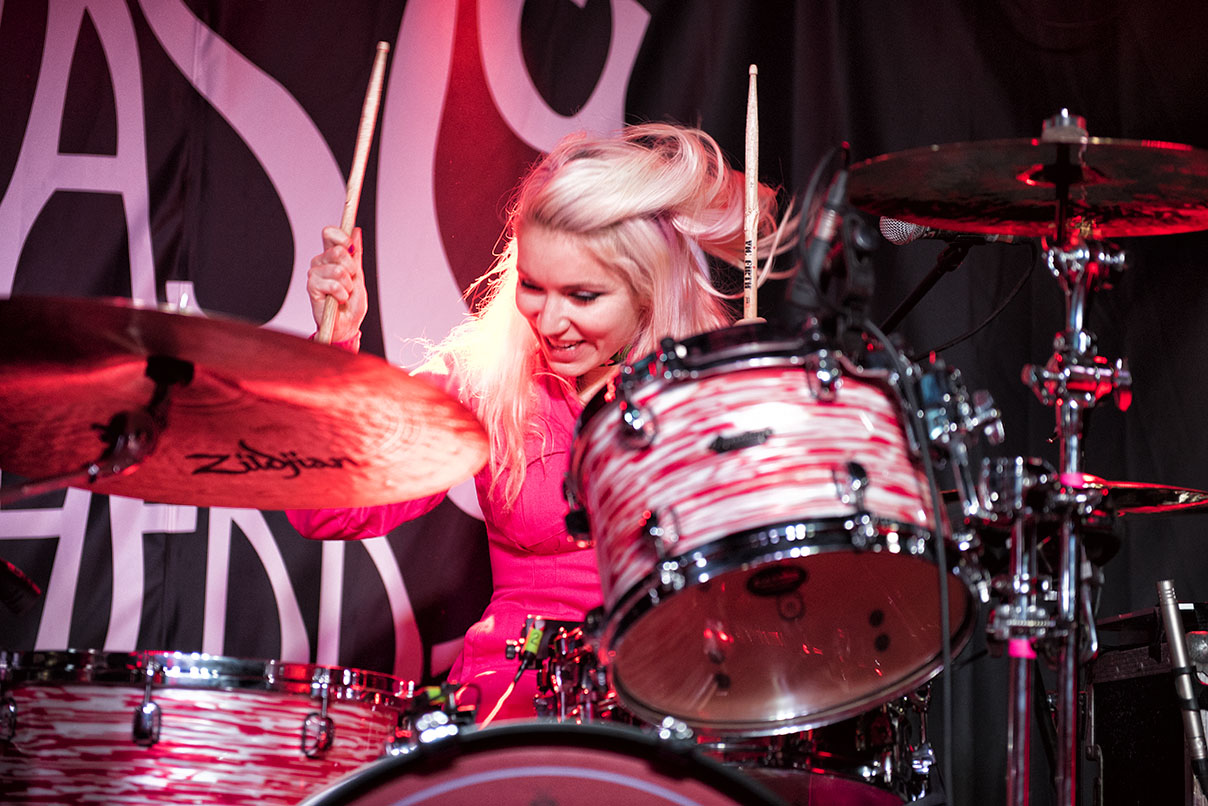 A cover of the Stooges ‘I wanna be your dog’ is nothing special, and encore ‘Music with your dad’ strays uncomfortably close to American Beauty territory, subject wise, but Nasty Cherry are a great party band and their flaws are the flaws of relative inexperience: They perform rather more than play at this stage, which is visually compelling but sometimes the guitars look superfluous to the songs. The audience doesn’t care though, all they care about is that the music sounds good, the band look good and there’s strong stage energy. At the end of the set, they are stomping their feet and chanting “CHERRY, CHERRY, CHERRY” until the band return for their encores. They are clearly sold and have had a great night out that they don’t want to end.

You often hear of bands being put together, and it does feel right to have a sense of scepticism about a band with manufactured origins. In this case, though, the results have been considerably musically stronger than is often the case. We will see what happens next but, on the basis of tonight, Nasty Cherry have a strong foundation to build on.