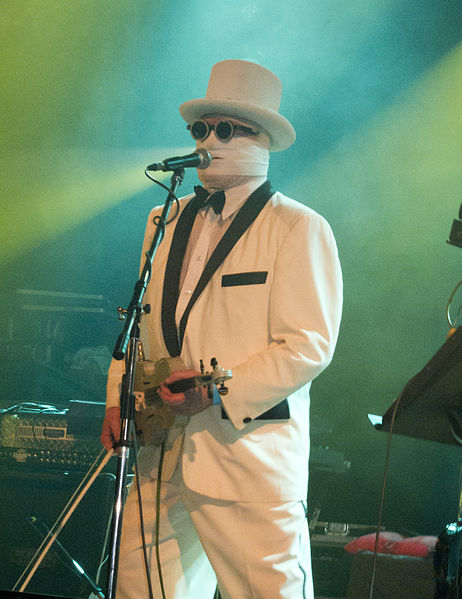 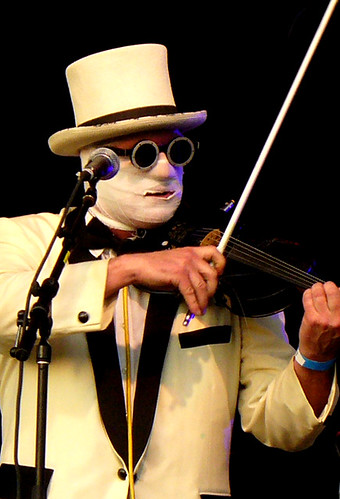 Jeff Plewman (26 March 1948 – May 2014), better known by his stage name/alias Nash the Slash, was a Canadian musician. A multi-instrumentalist, he was known primarily for playing electric violin and mandolin, as well as harmonica, keyboards, glockenspiel, and other instruments (sometimes described as “devices” on album notes)

One of the most unique performers ever captured on record – Nash had performed with surgical bandages covering his face since 1979. “During a gig at The Edge in the late ’70s to raise awareness of the threat from the Three Mile Island disaster, he walked on stage wearing bandages dipped in phosphorus paint and exclaimed: ‘Look, this is what happens to you.’ The bandages became his trademark…

In the 80’s Nash toured with Gary Numan, and The Tubes signing to UK based Dindisc Records who released the ‘Children Of The Night’ album in 1981

He retired from performance in late 2012 stating he was “rolling up the bandages” and shutting down his official website on December 31. He thanked his loyal fans for their support during his 40 years as an independent artist, but stated that live gigs no longer excited him and that his “eccentric style/genre finds no place into today’s scene.” He also mentioned the “theft of music on the internet devastated a very important source of [his] income.”.