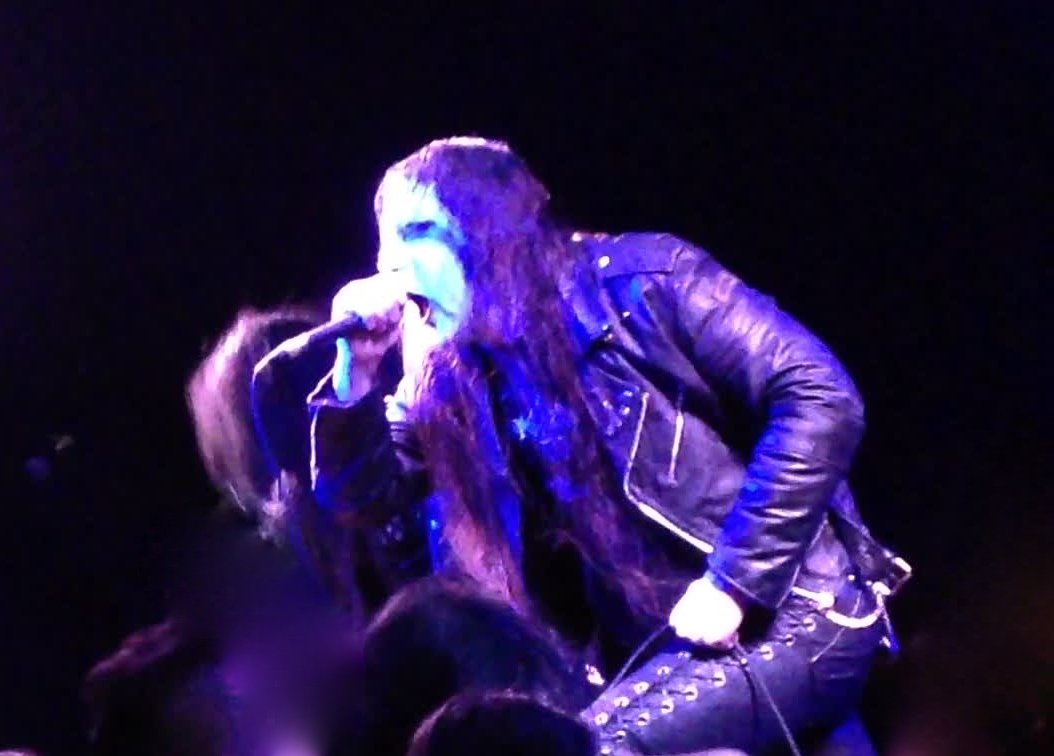 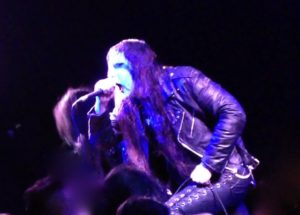 A great return after their London debut at Incineration Festival in 2014, Nargaroth kicked off with the brilliant Herbstleyd, followed by Amarok III, Meine Phantasien Sind Wie Brennendes Laub Nicht Von Dauer, Sommer, and the classic Seven Tears Are Flowing To The River. Ash with his face covered and hood up to start with a la Mgla et al, then uncovering for a storming version of Black Metal Ist Krieg, then Karmageddon, Abschiedsbrief des Prometheus, and, appropriately, Possessed By Black Fucking Metal. The sound was good, the band flawless, and Ash was captivating as ever.

I had a few questions for Ash afterwards

G – You invited those who were attending to choose what songs you would perform at Incineration, was that to get the measure of the audience?
A – Yes, because it was our first time playing in London
G – Is this the same line up as last time?
A – Same drummer and guitarist but a different bass player
G – Your last full length album (Spectral Visions of Mental warfare) came out in 2011, any plans for a new one now you have left No Colours?
A – There should be a new album out by the end of this year, which will be released independently
G – What other plans do you have for 2016?
A – We’ll be doing shows till July, then I will go off travelling again
G – Nargaroth’s songs cover a range of styles and some unusual drum patterns, especially on Jahreszeiten, How come?
A – When I write music I am rhythmic, the music reflects the mood of the song, so some are sad, some furious
G – Do you think there is a ‘German black metal sound’? I’m thinking of the newer bands. What do you listen to?
A – I don’t listen to much black metal, just old stuff like Katarsis and Moonblood. Otherwise I listen to other stuff, classical and other genres.

A little short but it was late and it had been a long day!