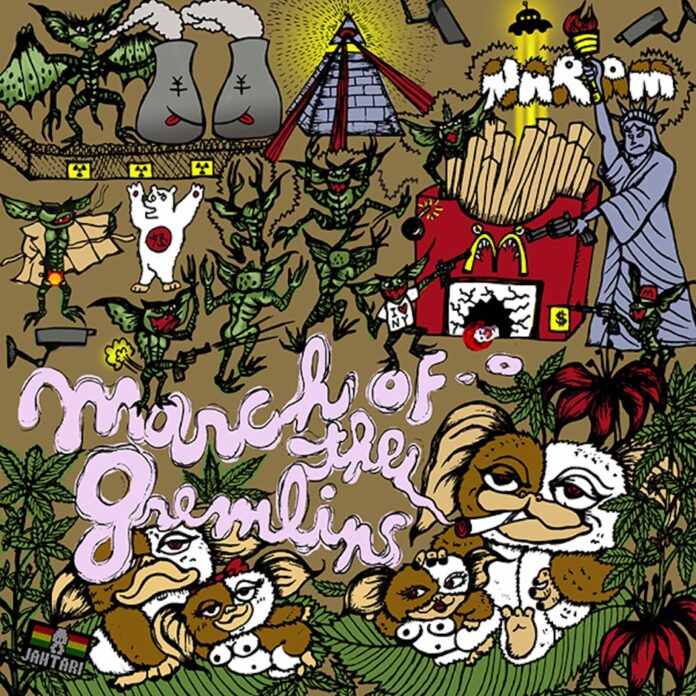 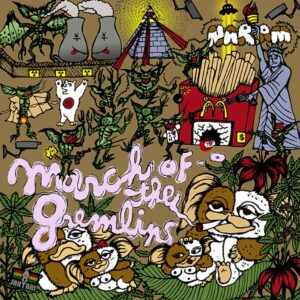 New Zealand reggae artist, Naram releases his debut album. Louder Than War’s Paul Scott-Bates is only too happy to review.

Now here’s a story…… in 2010, reggae fan Naram sets off from New Zealand towards Scotland on his bicycle. He rides from Australia, buys an iPod Touch in Vietnam, ‘invents’ March Of The Gremlins in Turkey then goes via Leipzig in Germany where his love of lo-fi rhythms and vintage synthesisers appeals to Jahtari Records and hey-presto he becomes their latest artist!

The project that he then worked on became this album. His collection of basic keyboards and his prized possession of a Suzuki Omnichord blended with his iPod antics in Melbourne is nothing short of enthralling.

Loads of analogue and minor-key rhythms are blended with studio technology, and Jahtari supremo, disrupt, throws in some lovely dubs too. Lyrics are funny and light-hearted – on Conquer Me Jane Bee presents a super lovers theme, whilst MC Magic takes us on a geographical and historical world tour in three minutes.

Several tracks are seamlessly mixed with their Version counterparts. The aforementioned Conquer Me bursts into Conquer Dem. The album end with Money Can’t Buy Life and Money Can’t Buy Dub proves that this is completely credible and clever stuff.

There are plenty of modern dancehall melodies here for any aficionado, but also fans of dub-step, bass and modern-dub could quite easily be converted. With tracks with titles paying homage to the Mogwai and their spokesGremlin Gizmo, Naram can’t really go wrong as their respective riddims provide some adorable dub effects?

The unique sound of electronic reggae is compelling and his cute lyrics make up for any over zealousness whilst accompanying the Sega/Atari sounding backing.

Listen to March Of The Gremlins on the Jahtari website here, and catch more of Naram on Soundcloud here.