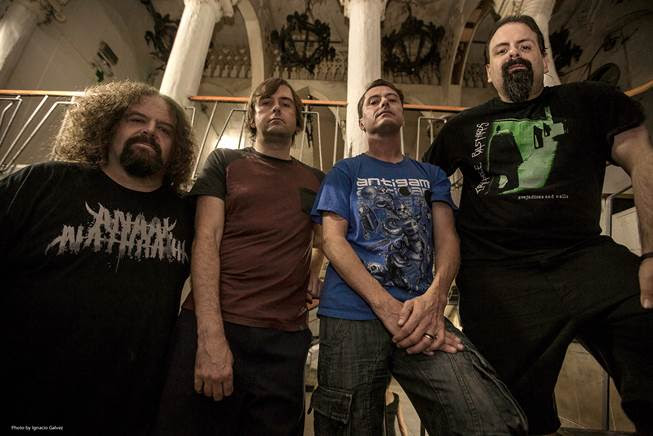 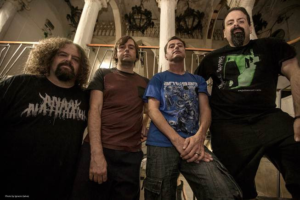 Following South American touring as well as appearances at Phil Anselmo’s Housecore Horrorfest in Austin as well as Slipknot’s Knotfest in San Bernadino this past weekend, British Grindcore legends NAPALM DEATH are ready to reveal the first details for their much anticipated new, 15th studio album release.

The album will be entitled “Apex Predator – Easy Meat” and will be released via Century Media Records on January 26th, 2015 in Europe and January 27th, 2015 in North America.

Vocalist Mark ‘Barney’ Greenway chimed in as follows in regards to the album’s title and concept:

“Sometimes you have to ponder long and hard for an album title, but following the Rana Plaza disaster of last year (collapse of a textile sweatshop building in Bangladesh), it spurred me on to try and craft an expose of slave labour in the modern world (and the surrounding conditions propping it up).

Some in power like to declare that slavery is consigned to the history books. But if you look beneath the surface it is alive and well in many different forms – it just has a different face now, and exists in ways that may seem ethically ambiguous. Using the terminology of evolution particularly interests us, so in this case the ‘Apex Predator’ represents those who bring the slavery to bear (and capitalise from it), and the ‘Easy Meat’ is of therefore those who feel they have no option but to comply.

Fittingly, the music on ‘Apex Predator – Easy Meat’ is punishing. We feel it’s more ambient, more expansive, more unsettlingly discordant than ever, and importantly, still extremely rampant at excessive speed. We hope in every respect – both musically and lyrically – this album will make your eyes burn with the harsh sonics and harsh visions of the dumping ground of globalisation.”

Some song titles already revealed are “Copulating Snakes”, “Dear Slum Landlord” (aired at Roadburn 2014), “What Is Past Is Prologue” and “Stunt Your Growth”.