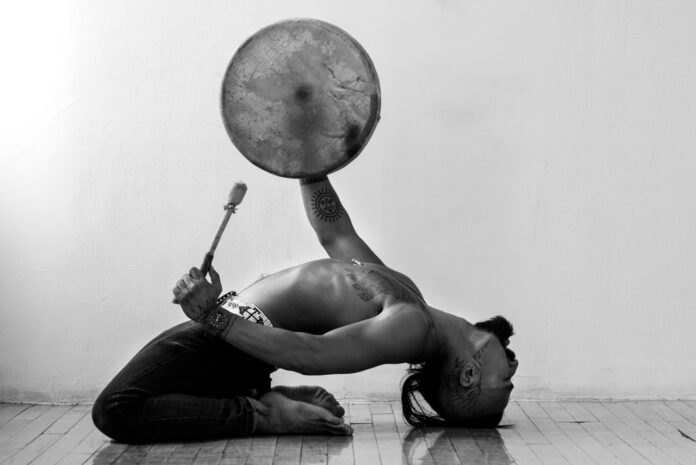 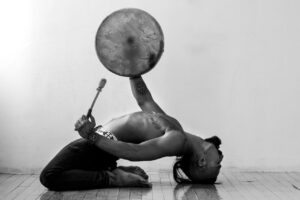 US sensations Nahko and Medicine For The People are exploding worldwide with people discovering their self-branded ‘real talk music’ through word-of-mouth. Their January UK tour is almost sold-out and features a headline show at the Electric Ballroom. With the Bristol date being upgraded almost immediately, a number of venues are looking to sell out before Christmas. The band have just released a teaser of their enigmatic live show featuring a montage of footage from their smash hit US tour including a performance at Red Rocks amphitheatre in Colorado.

To coincide with their triumphant return, the band will be making their breakout album ‘Dark As Night’ available in the UK for the first time on December 11th ahead of their eagerly anticipated new album, recorded with Grammy Award winning producer Ted Hutt (The Gaslight Anthem, Flogging Molly), which is due in spring 2016 via Side One Dummy.

LISTEN TO THE  ‘DARK AS NIGHT’ ALBUM HERE

This follows the roaring success of the band’s debut visit to the UK this summer playing two sold-out shows at Bush Hall in London, (the first sold out in under an hour, a second show was added, selling out in a day), alongside a third sold-out date in Manchester.

Nahko reflects, “When we made our debut in the UK in August, we were quite surprised by the amount of love and excitement that greeted us.  To return, just months later, my gut tells me there are even more countries and communities that have been patiently waiting to receive our music. Whether discovered via social media or passed on by word of mouth, the movement for the Medicine Tribe grows faster than we can show up!  So…here we come.  Get ready for the vibe, tribe.”

The US word-of-mouth sensations first came to prominence with their song ‘Aloha Ke Akua’ which has gained over a whopping 4.7million views to date. Lead by Nahko, the musical collective are on a musical mission to spread awareness of living in harmony with Mother Nature, evident in the fan-made video for ‘Aloha Ke Akua’ featuring a spectacular collection of footage which was part of Mexico’s Bicentennial celebration, reflecting the natural beauty of that spectacular country to the world.

Also taken from the Dark As Night album is the beautiful anthem ‘Budding Trees’, another YouTube smash with over 1.5 million views radiating with heart-felt verses and ensemble choruses. The song demonstrates the consciousness Nahko portrays through his self-branded ‘real talk music’, a tribal/folk take on rootsy American pop, serving as a beautiful and uplifting exercise in connecting the mind, body and soul.

WATCH THE VIDEO FOR ‘BUDDING TREES’

With a fervent and passionate audience of devotees hanging on their every word, Nahko and Medicine For The People play the following shows in the UK & Europe.

Nahko and Medicine for the People already have a Top Ten hit to their name in both the Billboard Top Alternative Albums and Top Heatseekers charts. As well as garnering a rabid following across the globe, the band’s profile has also exploded online, amassing over 150,000 Facebook fans and millions of video views.

Nahko, an Oregon-born citizen in service to the planet, is descended from a mixture of Puerto Rican, Native American, and Filipino bloodlines. Disillusioned by the world around him and inspired by vagabond, Americana musicians and storytellers like Conor Oberst and Bob Dylan, Nahko left home as a teenager in search of adventure and self-discovery. Armed with stories, a guitar, and a fierce set of ideals, he set out to bridge the cultural gaps dividing his own psyche.

His self-branded ‘Real Talk Music’ is Lyrically exploring meditative, spiritual and political themes such as indigenous youth freedom, sustainability, healthy living and direct action, Nahko describes his music as a mix of hip‐hop and folk rock with a world message.

You can watch an insightful interview with Nahko about his upbringing and the mission he is on in more detail HERE.