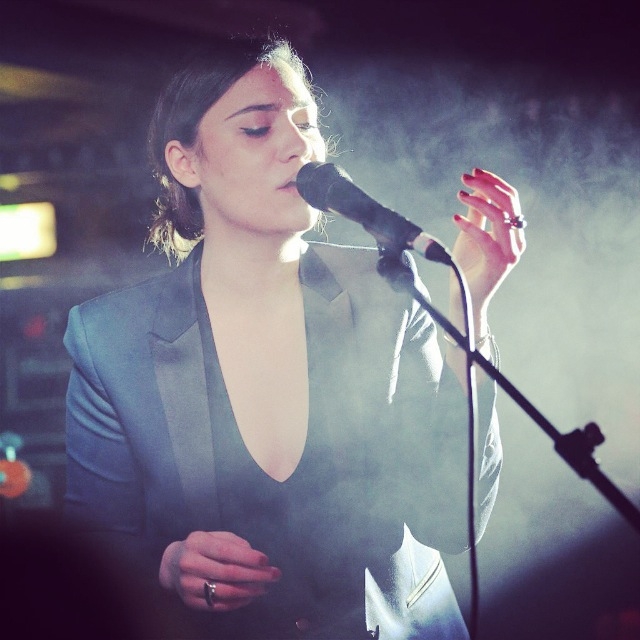 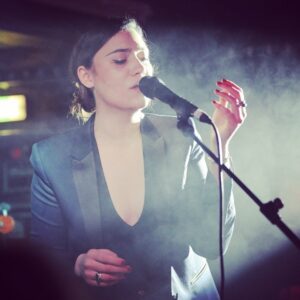 Nadine Shah takes to the stage at London’s Seabrght Arms ahead of the release of her much anticipated second album. Louder Than War’s Keith Goldhanger was there.

It’ll be as good as the first one, we promise.

We get some new tunes from it tonight as well as some of the favourites from the first Nadine Shah album “Love your Dum and Mad” and in this writers eyes and ears the best show witnessed over the couple of years since the lass from the North first arrived on our doorsteps.

Most of the evening is spent standing holding a guitar and staring at something that may (not) be catching her attention at the back of the packed room. She’s obviously nervous about this but she shouldn’t be. We’re here for support and to hear the new stuff and we get it. “Stealing Cars” get’s it’s first live airing tonight since we fell in love with it coming out of our radios and we conclude that lovers of this years first great single will be more than happy about the other songs we’ve just heard for the first time.

We wonder wether the shows spent watching her at the piano may not be as frequent as they used to be (no “Dreary Town” tonight) but we are just as satisfied on what we get and look forward to the day when we get to sit with her for over an hour and enjoy seeing her cram in all the songs from both albums with a couple of cover versions, loads of chat, a couple of dodgy pieces of equipment….yeah, that’d be good (sort this out someone will you, a nice comfy sitting down night at the Royal Festival Hall one day…imagine that people…)

Simple tunes made with three guitars a bass and a new drummer (Ben Hillier has been promoted to drinking beer and screwing tight the mike stand for this gig) that chug along at an agreeable pace consisting of a couple of chords and layer upon layer of frequencies that complement Nadine’s voice in a way that we remember those early PJ Harvey performances in the capital all those years ago when we could still see the whites of her eyes when she performed. She mocks herself by telling us she wasn’t planning on chatting to us, but this is what we love, there’s always at least one off the cuff punch line that pours out of her (potty) mouth – tonights one courtesy of a lead that keeps falling out…you had to be there.

Dodgy microphone stands and at least one tune that wobbles out of time towards the end shows us she’s not perfect. Perfection would be horrible. One feels this young lady has a great idea about how she would like to appear in front of us but doesn’t yet realise that the way she is naturally is just what we love about her.

Can’t wait to get this new album in our hands.

Nadine Shah can be found online at her website: nadineshah.co.uk and on Facebook. She also tweets as @nadineshah.