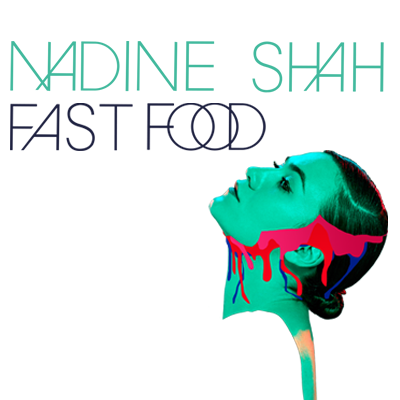 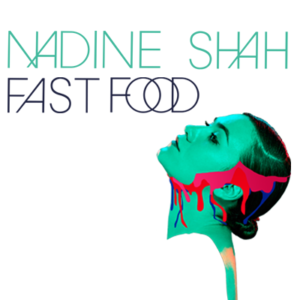 Nadine Shah released her debut album in 2013 to almost unreserved critical acclaim. Her second album is due out very soon – check out Keith Goldhanger’s review of it below.

Nadine Shah returns with her second album, ‘Fast Food’ and as we say blimey, tap our feet, sit back and relax we’re already contemplating leaning forward when the silence lasts more than five seconds to hit the play button again immediately after it’s finished to go through this again.

We find ourselves thinking about our own adventures in studios over 30 years ago, when we tried, and sometimes succeeded in getting the six stringed one to sound like our favourites at the time but didn’t turn it up loud enough once we’d achieved this.

The 80’s sounding guitars are loud enough here, there’s less piano than we’re used to and already we’re tucking away a few words to use again when we expect to still be writing about this again when the year ends.

These big belted out songs are sounds that the world (that’s you) are going to fall in love with. If debut album ‘Love Your Dum & Mad’ was Nadine throwing out what she’s been spending years performing here there and everywhere then “Fast Food” we suspect, is what we get once the young lady in question is given time and resources to show us what she’s been bottling up since she first started gracing our stages and making us believe (from the very start) that she’s an artist we could be listening to for many more albums to come. Simply crafted songs and a voice that could be that of a laid back mid eightees Siouxsie Sioux played with a guitar that reminds us of those old Bauhaus records we still occasionally drag off the shelf.

Singles “Fast Food” and “Stealing Cars” are complemented by 8 tunes most of the world may not have heard yet but may soon find listening to even more frequently that they realise. One or two tunes even remind us of Elbow, or touch on an Anna Calvi vibe and theres the odd tune that we realise after a few verses is bereft of any percussion whatsoever.

These are tunes to sit back and soak in. Each of these are sung with confidence and clarity that blend in with the instrumentaion bought by Nick Webb and Pete Jobson (from I Am Kloot).

Produced again by Ben Hillier, this is a great second album, slightly different from the first and yet magical sat together on the shelf.

Find Nadine online at nadineshah.co.uk (where you can also pre-order the album on CD and LP.) The album can also be ordered digitally from iTunes.