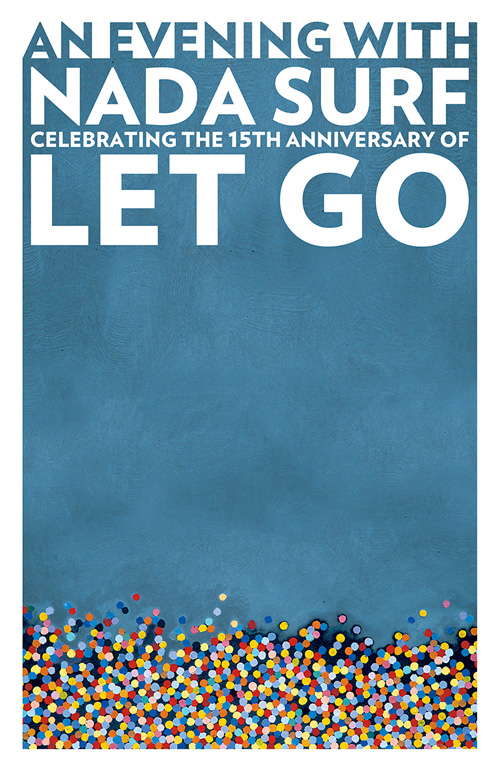 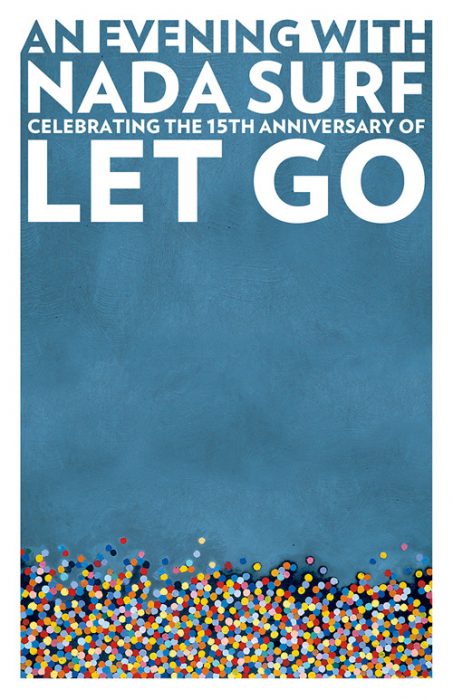 Nada Surf are back on the road with a world tour celebrating their landmark LP “Let Go”. Louder Than War’s Craig Chaligne crosses the channel to see them in their second home (and takes a trip down memory lane).

15 years…how time flies. In June 2003, most rock fans of the (rather un-rock) city of Le Mans had gathered in the Oasis, the venue on the outskirts of town that (very) occasionally catered to the fan of english sung pop-rock. We all gathered to see Nada Surf promote their third LP “Let Go”. Even though France had always been good to the band since their smash debut single “Popular”, what we were witnessing that night was a band returning from the abyss. After being dropped by their label Elektra following disagreements on their second album “Proximity Effect”, the band spent a couple of years in the wilderness, taking on day jobs while trying to gather funds to record their third LP. Released in 2002, “Let Go” would prove to be a career highlight with their strongest collection of songs so far.

Fast forward fifteen years and the band is celebrating this rebirth with a tour that sees them playing the album in its entirety. Let Go was released in different versions in Europe and the US and the band confirmed they would be playing the appropriate one on each side of the Atlantic. The effect of hearing this album played as a whole and in order for somebody (like the reviewer) who discovered them with that album and still regards it as one of their best (if not their best) is one of pure and utter joy. From the opening notes of “Blizzard of 77” to the coda of “Paper Boats”, it was one great song after the other. In 2003, the band played as a power trio but for these shows they were augmented by guitar player Doug Gillard (who has been an official member for the past 5 years) and keyboard player Louie Lino who played and helped record the original album enabling them to recreate all the intricacies of the songs. The twin guitar attack of Caws (who had swapped hi Gibson for a Telecaster) and Gillard gave songs as “The Way You Wear Your Head”, “Hi-Speed Soul”, “Fruit Fly” and “Happy Kid” a power that they sometime lacked in a live setting compared to the record. Lorca and Caws took the time to tell (in perfect French) some stories behind the songs and how they came to be enhancing the experience greatly. After biding us farewell, the band promised they would be back in twenty minutes for more.

The band came back and proceeded to play for another hour and forty minutes covering all their albums (bar their cover LP “If I Had a Hi-Fi”) with a slight slant towards towards “The Weight Is a Gift”. Caws’s knack for penning breezy pop-rockers with infectious choruses was showcased on “Imaginary Friends”, “Do It Again” and “Cold To See You Clear”, all these songs are upbeat but Caws’ yearning vocals infused them with a kind of melancholy that really sets them apart. The band dug deep in their albums with a rarely played “Dispossession” and a beautiful take on “Your Legs Grow” (probably one of their best tracks). Already a staple of their live act in 2003, the medley of “Stalemate” and Joy Division’s “Love Will Tear Us Apart” was followed by another Proximity Effect number (“Robot”) whose subject remains unfortunately very current. “See These Bones” was a rare excursion in “Lucky” territory but remains one of Caws’ most poignant songs, a gorgeous melody coupled to a great set of lyrics. The encore started with the obligatory “Popular”, an odd song compared to the rest of their repertoire but still a great pop single. The federating choruses of “Always Love” and “Blankest Year” proved to be the perfect coda to a great evening.