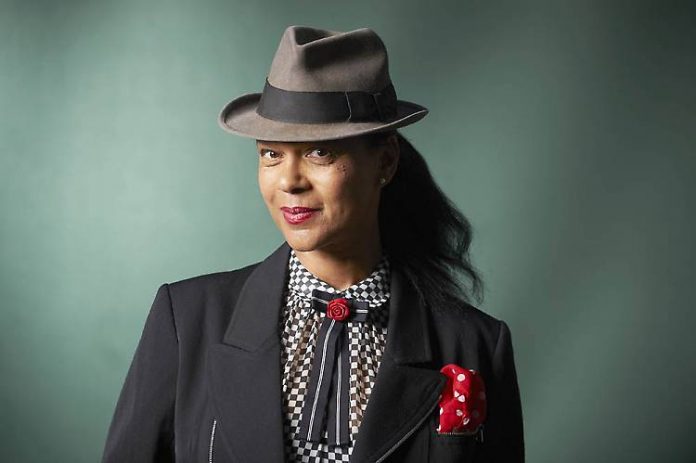 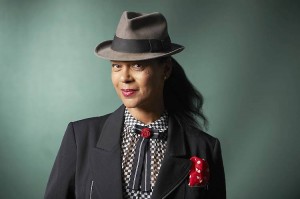 Black was a founder member of Selecter who were formed in 1979 and first came to wider public attention with the rise of the 2-Tone movement, the band went on to have huge UK and international success scoring 4 UK Top 40 singles andÃ‚Â 2 Top 30 albums. Selecter initially split-up in 1982 but have sporadically reformed since 1994; 2011 saw another reformation of Selecter with Black and Gaps Hendrickson from the original band.

After Selecter had initially split up, Black worked successfully in all areas of media; she was co-host, with Bob Carolgees (and Spit the Dog), of the children’s television quiz show, Hold Tight. She also developed an acting career in both television and theatre, appearing in dramas such as The Vice, The Bill, Hearts and Minds and 2000 Acres of Sky.
In 1991 she won the Time Out award for Best Actress for her portrayal of Billie Holiday in the play All or Nothing At All. She also starred next to Christopher Lee in the horror film Funny Man.
Not content with a career in TV Black worked within in radio; in 2007, she narrated the BBC4 documentary Soul Britannia, which chronicled the history of British soul music. She later appeared in the follow-up Reggae Britannia as an interviewee, and as a member of The Selecter.

More recently she has turned to writing; in 2011 her autobiography, Black by Design, was first published, and is to be republished in an updated version later this year.

We took the opportunity to ask Pauline which albums inspired her, to tell us about the albums that have made a difference to her life…

‘Kinda Blue’ – Miles Davis
This album is cool, rebellious and as close to musical perfection as can be. Favourite track ”â€œ ”ËœAll Blues’. I even managed to give a rendition of this for my Grade 5 Jazz piano exam a few years ago – Bill Evans was probably turning in his grave at the time. 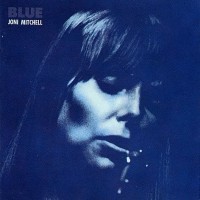 ‘Blue’ – Joni Mitchell
When I first came to Coventry this was the album that echoed around the walls of my lonely bedsit. Her purity of voice and musical conviction shines through. My favourite track is ”ËœLittle Green’ – a beautifully disguised track about giving up a child for adoption.

‘Live!’ ”â€œ Bob Marley & The Wailers
The best gig I ever saw was Bob Marley & The Wailers @ The Bingley Hall, Stafford in the mid 70’s. This album is a constant reminder of that night. The sheer mesmeric power of the man himself was awesome, but coupled with the militant stance of the band and the raw, sweat stained sound of this magical live set, sets this album apart. My favourite track- ”ËœGet Up Stand Up’

‘The Freewheelin’ Bob Dylan’ – Bob Dylan
This album captures the essence of the young, idealist, twenty two year old Bob Dylan. Contains some of the best anti-war anthems ever written & some of the most tender love songs. ”ËœOxford Town’ is my personal favourite on the album – a song written about a time when a young black man tried to enrol in a college in the American Deep South. 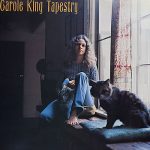 ‘Tapestry’ – Carol King
Every woman should own this album. Favourite track – ”ËœI Feel The Earth Move’.

‘Off The Wall’ – Michael Jackson
The sheer exuberance and joie-de-vivre of this album never fails to lift my spirits whenever I play it. It’s worth it just for ”ËœDon’t Stop Til You Get Enough’ alone. The halcyon days when MJ was still recognisably black and rocked a black and white suit impeccably.

‘Debut’ – Bjork
I played this album to death when it came out. So much so, that I was banished to the back of the tour bus while on tour with The Selecter in America. The wildness and whackiness of Bjork’s voice was fascinating & totally exhilarating – a woman who broke the rules and then re-assembled them to suit herself, but still made ground-breaking music along the way. Her name epitomises originality. 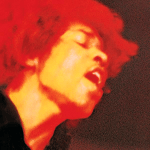 ‘Electric Ladyland’ – Jimi Hendrix Experience
”ËœStand up next to a mountain, chop it down with the edge of my hand’- enough said – the pithiest battle cry against racism that I’ve ever heard. This man was just visiting ”â€œ and he came at just the right time. Wherever he might be now- I hope his genius is being put to even better use.

‘The Harder They Come’ – Soundtrack
This was the first reggae movie that I ever saw and remains a landmark in black cinema. Jimmy Cliff’s central performance as Ivanhoe Martin is so fresh and real and this recorded soundtrack did much to popularise reggae in the USA and Europe. My favourite track is ”ËœYou Can Get It If You Really Want’ by Jimmy Cliff, a paean for the world’s downtrodden people. 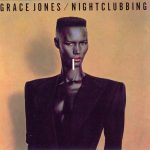 ‘Grace Jones’ – Nightclubbing
Ms. Jones as a work of art. Sly & Robbie as rhythm section par excellence. My favourite is the title track.

The Selecter have just finished a very successful 17 date UK tour in March 2012 premiering their new studio album ”ËœMade In Britain’. They are in Europe in May, back to the UK for the summer festival season- some choice slots lined-up – and then a short UK tour in the Autumn taking in some of the venues not included in the March tour, in support of a live album ”ËœLive In Britain’ recorded at ”ËœThe Assembly in Leamington Spa’.

A 30 date tour is planned for March/April 2013 to promote a brand new, as yet untitled album.

Pauline Black’s acclaimed memoir ”ËœBlack By Design’, complete with a brand new chapter to bring her story up-to-date, is published on Thursday July 5th in UK and in June in USA. 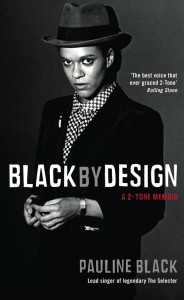 She will be appearring in Liverpool on May 18th, for an evening of readings from ”ËœBlack By Design’ and a short acoustic set of favourite Selecter and solo classics. This event is part of ”ËœWriting On The Wall’ festival and takes place in The Rodewald Suite, Liverpool Philharmonic Hall, Hope St, Liverpool L1 9BP (Tickets)