Paul Court was a founding member of The Primitives, the band he formed in Coventry in 1985; after just a few gigs the initial front man was replaced with peroxide blonde Tracy Tracy.

The band went on and released some storming indie singles; most notably ‘Really Stupid’ and ‘Stop Killing Me’ which brought them to the attention of major label RCA who snapped them up and helped them to chart success, the pinnicle being in February 1988 when ‘Crash‘ breached the UK Top 10 and went on to be an international hit.

With hits comes money, and sadly money often creates friction – add to this some odd choices from RCA on who should produce the bands future albums – the results were, in retrospect somewhat disapointing – this being reflected in generally weaker sales,Ã‚Â and in the case of The Primitives it resulted in their demise.

Fast forward to 2011, and the tragic death of original bass player Steve Dullaghan which brought the various members of the band back together primarily for the funeral; a rapid realisation that time had indeed healed previous wounds and the band began discussing making music together once more. The first seed of this activity was the 2011 ”ËœChristmas 45’ which leads us neatly to early summer 2012 and the arrival of the wonderful ”ËœEchoes And Rhymes’ album on Spanish based Elefant Records (LTW review). The album has gained glowing reviews and once again the spotlight is upon The Primitives.

The band are about to head out on a UK to promote the album;

We took the opportunity to ask Paul Court which albums inspired him, to tell us about the albums that have made a difference to his life”Â¦ 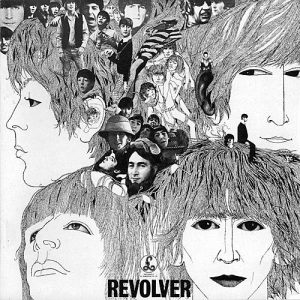 When I first started listening to the Beatles, I had to agree with my dad – yes, they were definitely better than Mud. I bought Sgt Pepper first, then this. It’s still my favourite Beatles period – post beat, pre indulgence, and “She Said, She Said”Â will always send a shiver.

Great poppy punk stuff for teenage boys to pogo around in their bedrooms to, and the perfect antidote to any conflict caused by liking both the Beatles and Punk Rock. 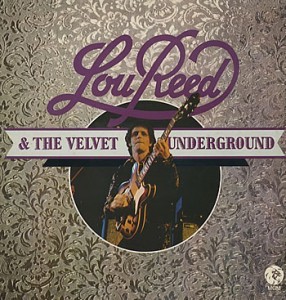 I bought this after hearing “Waiting For The Man”Â on the radio at the end of 1978. I should have bought the Banana album of course, but it was a sealed up gatefold, with the track listing inside, so I didn’t even know if WFTM was on it. This is a comp of their first 2 albums and a bit of a cash in on Lou Reed’s solo fame – the cover photo is from the 1972 Transformer shots. The second track “Sister Ray”Â put me right off (I was only 13), so after one listen I pushed the album into some random place in my LP stack, to be forgotten about for evermore. Something drew me back though and a couple of days later I gave it another listen and completely changed my mind. I played this album pretty much every day for over a year, including the full 17 minutes of “Sister Ray”Â and subsequently bought everything else by The Velvet Underground, including about 3 compilation albums to make up the missing songs I didn’t have from VU and Nico and White Light White Heat.

This was a post punk compilation by the Fast Product label that I used to borrow from Coventry record library on a regular basis. Mekons, Gang of Four, Human League etc. That Mekons stuff was a big influence on early bedroom bands that I was in. 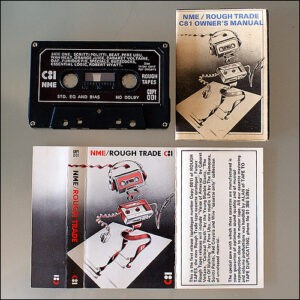 A cassette compilation from the NME. I think you had to save up vouchers and send a quid. It contained loads of early 80s John Peel type things. “Sweetest Girl”Â by Scritti Politti got its first outing on this, and that was initially why I bought it, but it was also jam packed with loads of other good stuff from the period, such as Orange Juice and The Raincoats. 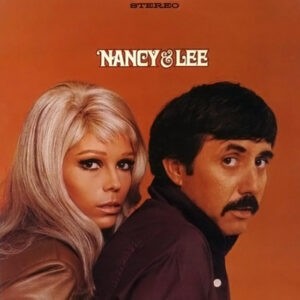 A must have album for any discerning 80s indie popster. I really liked Rowland S Howard and Lydia Lunch’s cover of Some Velvet Morning from 1982, and this made me seek out the original, having only really known hits such as “These Boots Are Made For Walking”Â and “Jackson”Â up to then. It’s not all great, but the handful of songs that are, are amazing.

I was eager as anything to get my hands on this type of thing in the early 80s. I had a comp called ‘Texas Punk Bands From The 60s’, The Fugs ‘Greatest Hits’ and the first 13th Floor Elevators album and you could borrow Chocolate Watch Band and Seeds albums from Coventry record library, plus there was always someone who knew someone who had a Pebbles album, but this album, from what I’d heard, was the one you had to own. The album is basically a mixture of minor psychedelic hits and slightly more accomplished garage band stuff. One track that seemed to get lauded everywhere was “Liar Liar”Â by The Castaways, and when I first heard this song I was a bit disappointed – no fuzz tone guitar or snarling vocals – but one slightly mind warped afternoon, I put this album on and the song crawled its way in big style and has stayed there ever since. I think it became a bit of a Northern Soul spin in the 70s due to its inherent grooviness, and I still insist that they invented the Heavy Metal falsetto vocal on this track. 27 tracks, and nearly all excellent, though for some reason my copy has “Pushin Too Hard”Â by The Seeds listed on the back, but not on the actual record. Can’t find any reason for this, so maybe I’ve got a rare one. 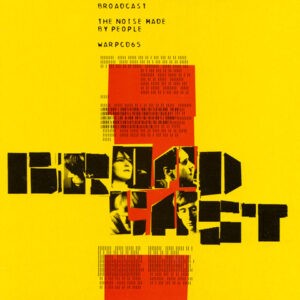 Broadcast ‘The Noise Made By People’

I loved this group soon as I heard the single “Living Room”Â and was further amazed to hear that they were from just up the road in Birmingham. I knew there was a little scene there – Pram etc, but Broadcast seem to completely nail the idea of this idealized late 60s band, playing trippy electronic nursery rhymes at some hipster party. Later on they became a duo and moved out into even stranger territory, before the untimely death of their front woman Trish Keenan drew matters to a close last year. A new release is apparently forthcoming though, featuring stuff they’d been working on.

Started listening to this again recently, I guess in reference to what we’ve been doing lately. There are similarities with our new album, i.e. covers of not so well known mainly 60s songs, though this is more of a punked up Soul/R&B affair. Still sounds good. We’ve covered “Move It On Over”Â by LeGrand Mellon on our album, and I had to check first that The DCs hadn’t already done it, as it’s very them. Luckily they hadn’t. 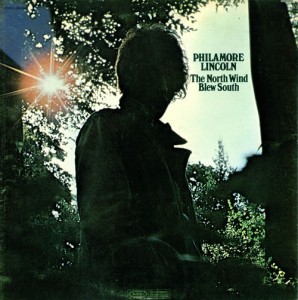 A rediscovered gem from 1970 that got re-released a couple of years ago. Mostly orchestrated psychedelic pop with a bit of a groove. Great soundtrack for a rainy British holiday.