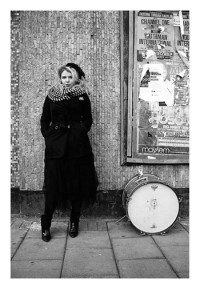 Zoë Howe is one of our favourite music writers.

Not only a great writer who is in love with rock n roll and a writer who can make the essence and magic of the dark stuff seem so alive, she also does great interviews and coaxes the meanings behind the art from a varied and brilliant cast of subject matter.

She has written a series of great books on varied musical subjects that have touched the essence of rock n roll. Books that include the critically acclaimed biographies ‘Barbed Wire Kisses – The Jesus and Mary Chain Story’ (Polygon / St Martins Press 2014),  ‘Typical Girls? The Story Of The Slits’, ‘How’s Your Dad? Living In The Shadow of a Rock Star Parent’, ‘Florence + The Machine – An Almighty Sound’ (all Omnibus Press) and ‘Wilko Johnson – Looking Back At Me’ (Cadiz). She is also a contributing author to ‘British Beat Explosion – Rock ‘n’ Roll Island’, a book about Eel Pie Island and its place in the British beat boom of the 1960s, published by Aurora Metro.

Her latest book is the unauthorised biography of Stevie Nicks, ‘Visions, Dreams and Rumours’, published by Omnibus Press (August 2014).

In other news, Zoë is now working on a biography of celebrated Dr Feelgood frontman and all-round rock ‘n’ roll gentleman Lee Brilleaux! More on this soon.

You can buy her books in the usual places or from her website.

‘Despite having been asked to come up with a list of my ten favourite music books, the eagle-eyed among you will note that this list actually contains 11. This is because a) I’m basically cheating, b) I always and c) I like the number 11.’ 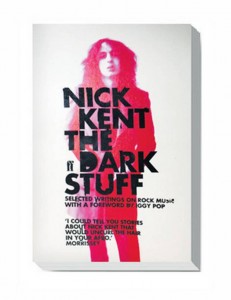 ‘Nick’s writing is still the gold standard as far as I’m concerned – he seemed to turn music journalism into an art form. Brilliant stories recalled and delivered by rock ’n’ roll’s louchest and most Byronic of journalists. As much of a rock star as the rock stars, I like his lack of awe around the musicians he spends time with. He’s an equal; no fan-boy he, and thank Christ for that. Never mind the music journalism courses, just read Nick Kent.’
For number 2 in Zoe Howe’s top 10 books please go here