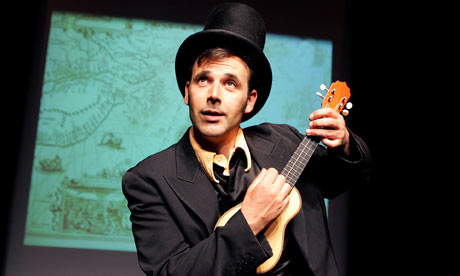 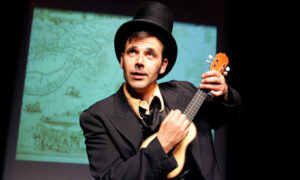 Robert has recently completed his latest comedy series for Radio 4 (which guarantees to take a sharp swing at Darwinism as well as rejiggering what we now know about The Flintstones) put together the show’s accompanying book and has been preparing for his 17 date UK tour: The Brain Show – he very kindly found the time to chat to us about his Top 10 Albums and why they are so special to him.

Shovels and Rope are the duo of Cary-Ann Hearst and Michael Trent from Charleston South Carolina’s finest. As individual artists they are no slouch – check out Cary Ann Hearst’s The Hardest Thing, or Belt Loops by Michael Trent’s former project The Films – but when they come together they are awesome.
Cary-Ann Hearst has an astoundingly brilliant voice: Their live show last year was on the greatest live performance I’ve ever seen. She’s a little bit country and he’s little bit rock n roll. They can do country rockers like: Birmingham or the slow and beautiful: Lay Low, or timeless pre-rock n roll type songs like Carnival: which could be a song for Peggy Lee, Rosemary Clooney or Judy Garland.

Throughout October, November and into December Robert Newman will be touring the UK with his The Brain Show: After volunteering for a brain-imaging experiment meant to locate the part of the brain that lights up when you’re in love, Robert Newman emerged with more questions than answers. Can brain scans read our minds? Are we our brains? If each brain has more connections than there are atoms in the universe, then how big will a map of the brain have to be? In search of answers to these questions, Rob’s quest takes him from Stonehenge to South Pacific, and from a shoal of Bobtail Squid to a lost space ship, before a final showdown with neuro-scientists who hook him up to an fMRI scanner for one last synapse-sizzling brain experiment! You can enjoy the journey, the theories and the outcome at: