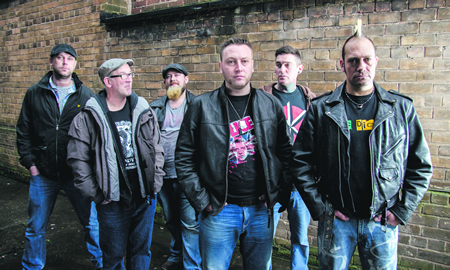 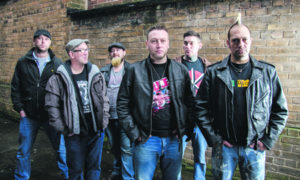 Earlier today Ferocious Dog announced that they had been confirmed as the tour support for The Levellers forthcoming UK and European ‘Levelling The Land’ tour; the tour marking the 25th anniversary of the classic album, during which The Levellers will perform the album in its entirety.

Ferocious Dog have been confirmed as support for all nineteen dates.

This follows the recent release of the DVD/CD ‘Live At Rock City’ which captured the bands historic sell out gig at the iconic Nottingham venue, the first unsigned band ever to sell out the venue, the set featuring material from their eponymous debut and the outstanding ‘From Without’ follow up which landed midway through 2015; an acoustic version is available for pre-order now. 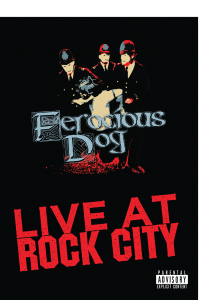 ‘From Without’ featured the enthralling ‘Slow Motion Suicide’ which when released as a download single topped both the iTunes and Amazon download charts – not bad for an entirely DIY band, a band built around family bonds, and friendship…it’s this ethos that permeates through to the bands legion of followers who now title themselves ‘Hell Hounds’ (named after the Ferocious Dog tack of the same name), and travel the length and breadth of the UK lending very vocal support as Ferocious Dog rip up venues with their lyrically savvy folk punk blend.

Ferocious Dog are on tour now until the end of summer with confirmed appearances at numerous festivals including Chagstock, Rebellion, Farmer Phil’s, The Y Not Festival, and Looe Music Festival; go and see them!!

Immediately prior to the tour news we took the opportunity to chat to violinist Dan Booth, to ask him which albums inspired him, to tell us about the albums that have made a difference to his life; there are certainly a few surprises in his selection – from genres that are not instantly apparent within the sound of Ferocious Dog, but then that mix of influences, and energies are so apparent within their live performance.

This was the record that changed my musical mind set. I was 11 when it was released and had been playing the violin since I was 6. To be honest, I was bored shitless of playing classical music at school and was ready to pack the violin in its box. Ken was drip-feeding me boring old Irish tunes that his Dad used to play to him and it was all getting a bit tedious – But then I heard this album! I heard what Jon Sevink and the lads created and realised that there was far more for me to do with the violin. 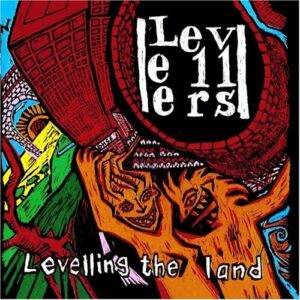 This album reached me musically more than anything I’d ever heard (including their first album) and it’s fair to say it was probably the most ground breaking album for a long long time.

The Levs were due to play Rock City soon after and I remember writing a letter asking for special permission to be allowed into the gig due to my age. They didn’t grant me access but they did send me a signed T-shirt which I thought was an amazing touch on their part.

This record is definitely the reason why I’m playing the violin today.

My love of Carter USM started pretty much at the same time as my love for the Levellers, Neds, James and the Wonder Stuff. ‘The Only Living Boy in New Cross’ blew me away and was my favourite track by a million miles.

In 1992 (at the age of 12) we went to a blistering Glastonbury Festival for the first time as a family but with friends Bart (the Star Butcherer’s) and his girlfriend Helen.

Carter were the headliners,and I went off alone into the mosh pit. They started with The Only Living Boy and when it kicked in I thought I was going to die in that mosh pit – I managed to catch one of the yellow balls they were pumping out though, and made my way away from the pit. 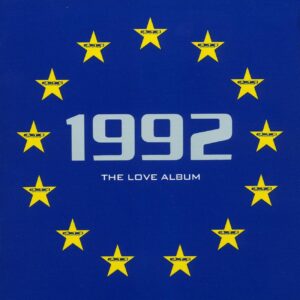 On another note, back at school it was the Christmas Church school choir/orchestra thing that year. I made my way there with my violin case and my ’30 Something’ T-shirt on which obviously stated the words “Carter the Unstoppable Sex Machine” – The rest of the pupils were dressed in blazers and shirts. Horrified doesn’t explain the look on their faces when I walked through the church doors but I really didn’t care. I also knew that it was a bit of a “posh parents” evening and felt totally out of place.

There were 2 of us at school who listened to this album first, myself and my friend Kelly Hopper. While everyone else was listening to Happy Hardcore and Rave music we’d found this new alternative music and would educate our friends about it. 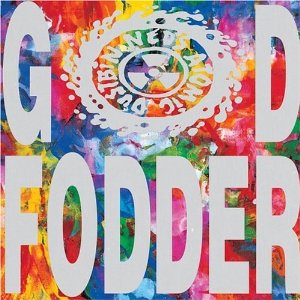 ‘God Fodder’ was an instant love and the T-shirts were super cool top.

‘Grey Cells Green’ and ‘Kill Your Television’ are 2 of my all-time favourite tracks.

If I had a bit of a boy crush (in a way that I wanted to be that man) it was Miles Hunt…He had the coolest ever hair and such a persona on stage.

‘The Eight Legged Groove Machine’ was a love for the sound as opposed to the meaning. I didn’t give a fuck about what the songs meant, but I absolutely loved the album for the feeling it gave me. For me, that’s indescribable. 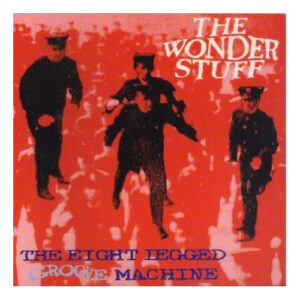 Eight Legged Groove Machine epitomises the folk pop sound of the Wonder Stuff, and Miles’ use of, what I call lyrical melody, is brilliant in this album.

Although I was a 6th former in ’96 at Brunts Upper School in Mansfield, Nottinghamshire (at the same school as Scott Walters) and this record had already been out for a few years, it was the one record that everyone in the music block knew, sang, played and loved.

I remember listening to the album over and over and wondering how on earth Flea managed to move his fingers so quick and how John Fruciante was amazing in the riffs he played and composed. 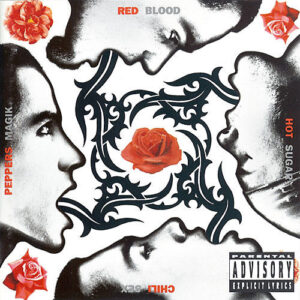 It was all a work of art. The lyrics, the funkiness and the talent of the band. As a 16 year old who can barely play guitar it’s a totally new level and the album doesn’t have a duff song on it.
Genius! I also love that the album was recorded in the mansion where Houdini previously lived. I think that just adds to the mystery of the album.