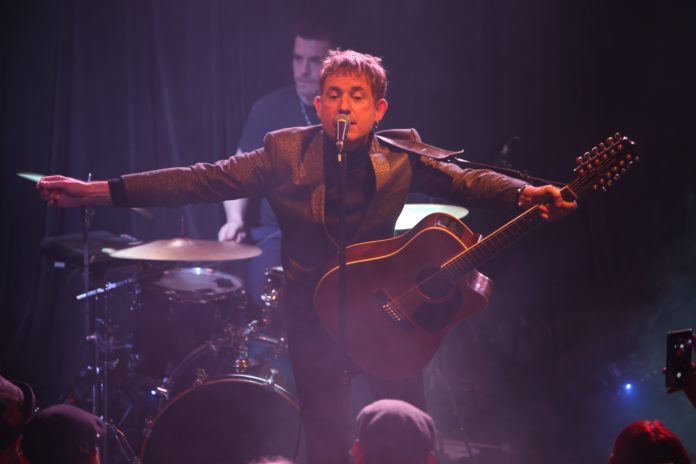 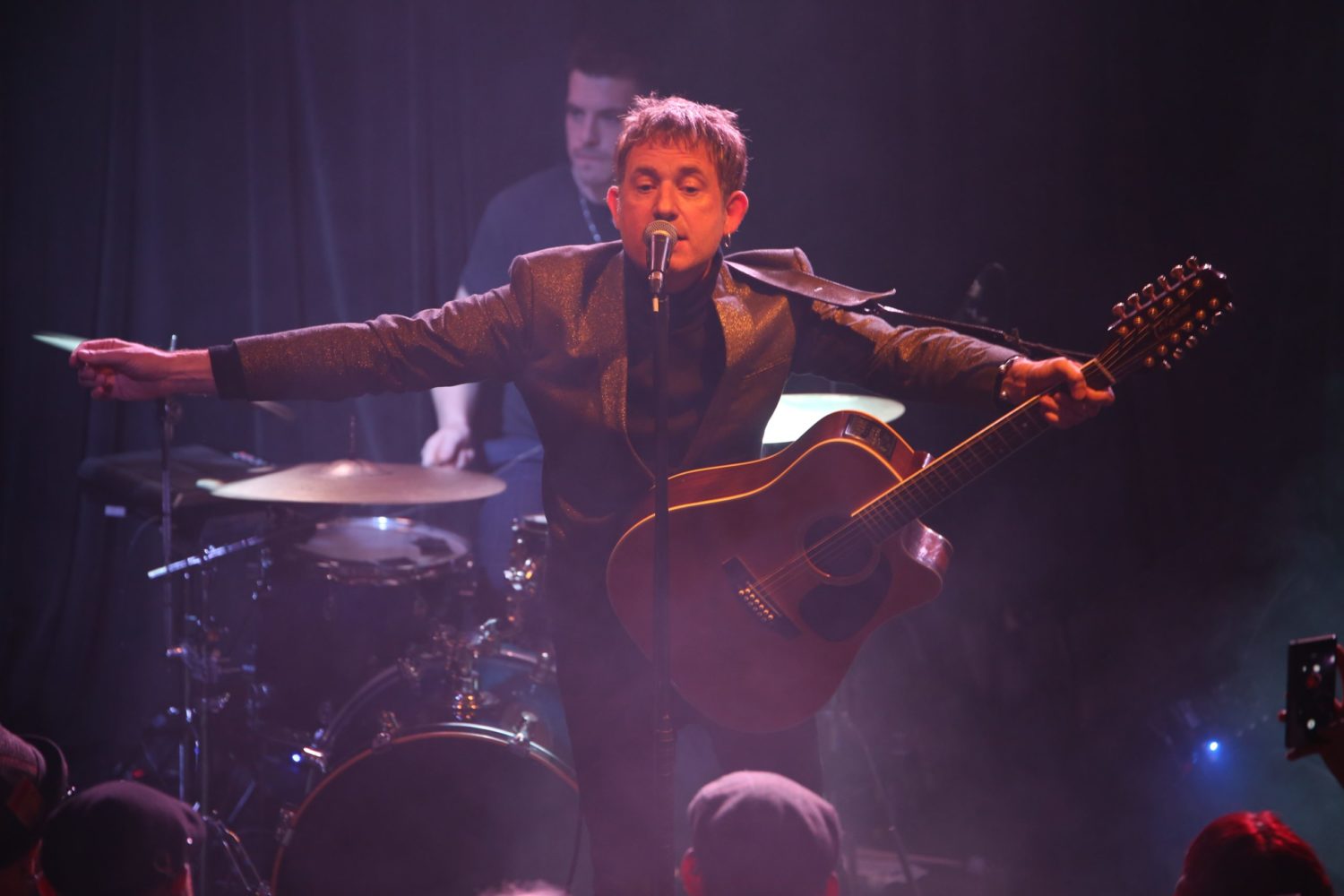 Paul Clarke watches a master showman at work, as My Life Story plug their first album this century.

My Life Story played a minor role in the Britpop revolution, scoring a few Top 40 hits, but in vocalist Jake Shillingford, they may have had the best frontman. Three decades on, at 53, he’s turning in an all-action performance during which he’s clearly having as much fun as the hardcore fans crammed into this snug venue. My Life Story enthusiastically embraced the lucrative Britpop nostalgia circuit, and tonight they are out plugging ‘Citizen World’, which is their first new release this century.

Once upon a time, record companies actually had money to spend on bands, and Shillingford took full advantage of this, touring with strings and a horn section to add depth to his pop gems. These days he fronts a young(ish) five-piece, and in an odd way, the stripped-down songs are better for it, as they are very cleverly constructed.

Broken, from the new album, shows that, as well being a consummate showman, Shillington hasn’t lost his gift for a nifty pop song with smart lyrics. Evidence of this is on show when they play top 40 hit, The King of Kissingdom, demonstrating sheer pop perfection, as the audience of devotees really get their dancing shoes on.

The crowd were certainly pleased to hear the band’s debut single, Girl A, Girl B, Boy C, with its big keyboard riff prompting Shillingford to go into hip swivelling frontman overdrive, pointing to the skies, stomping around the stage and there’s even some scissor kicking.

There was a really sweet moment when Shillingford invited band founder member Mal Campbell up for a version of Breathe In, Breathe Out by Exile Inside, a track that they co-wrote back in 1993 as teenagers in Southend, where they grew up. These days Campbell is the successful promoter at this venue, but the chemistry between the two was evident to all.

Next up was the title track from their comeback record, inspiring an unexpected singalong suggesting the crowd are as enamoured with the latest material as the classics they’d paid to hear. It’s a Girl Thing sent a group of middle-aged fans at the front into orbit as they took a trip down memory lane with their heroes.

The set closed with Sparkle, which is still a total banger, and arguably one of the best singles from the heyday of Britpop. And, yes, there was plenty of pointing, and a few not so high kicks thrown in for good measure.

Shillingford came back with his co-writer Nick Evans on guitar to play the bittersweet, You Can’t Uneat The Apple. It was made even more tender when Shillingford announced that at least two couples in the room had used it as their wedding song, and you could see why as the heartfelt lyrics are about finding true love. They said goodbye with a stomping version of 12 Reasons Why I Love Her, which was another Top 40 song in a time when you actually had to sell records to chart.

Sometimes you go to a gig and see a fey indie kid who gives the impression that playing in front of an audience is pure torture. Indeed, all those amateurs should be forced to go to a My Life Story gig to see how a proper frontman works a crowd. Even if you aren’t a fan of My Life Story it is worth going to one of their gigs to watch a master performer at work.