Home Blogs My Life In Music : Former NME writer and member of Anti... 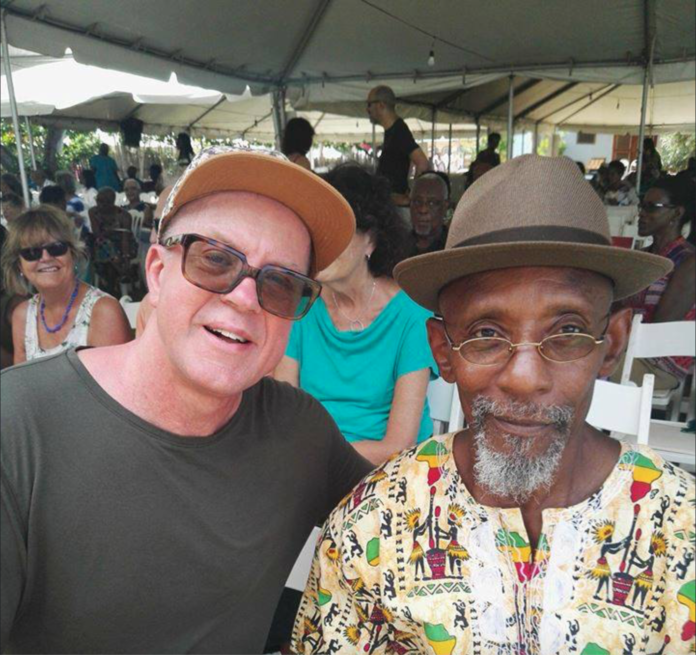 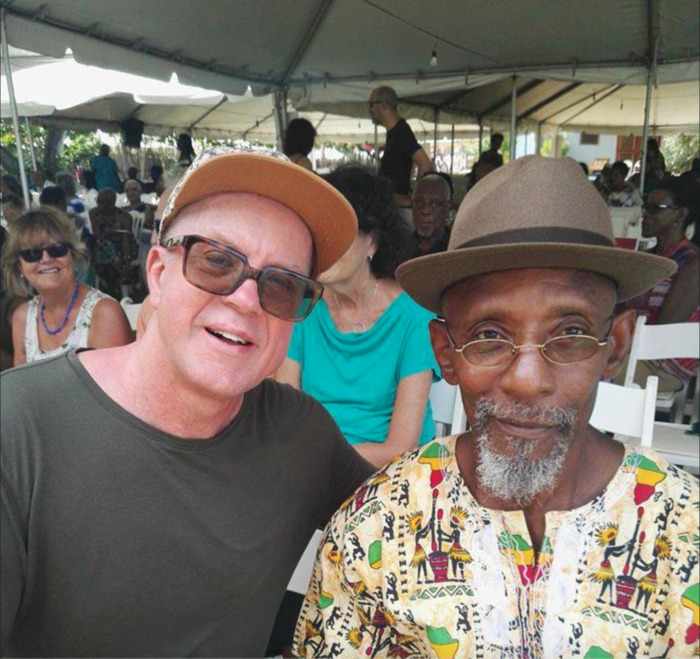 Paul Wellings was born and raised in the London Overspill suburbs in the sixties, the eldest son of a P.E teacher and school assistant. He has one brother. After starting his journalistic career on the regional press, Paul landed a prestigious freelance job on the pop press with the NME, thanks to iconic Editor Neil Spencer. He was the first to write about the modern R’n’B/Rap scene and its links with the soccer casual movement. In the early ‘80s his punk-reggae group the Anti Social Workers released an LP ‘Positive Style’, produced by the legendary reggae producer the Mad Professor (of Massive Attack fame), to rave reviews. The group supported reggae royalty Peter Tosh (Bob Marley’s partner) and Eek A Mouse on tour. He has also worked on the showbiz pages of the Daily Mirror and London’s Evening Standard.

As a sideline he was a Two-Step Soul DJ with underground radio stations Laser and LWR (the station that launched Radio 1’s Pete Tong, Westwood and Faithless singer Maxi Jazz). He has appeared on more than 20 TV shows discussing black music, youth culture, soccer casuals, and pirate radio and is appearing in S.O.U.L – the major ITV documentary about the history of black culture. He has written five books – This is The Modern Word, I’m a Journalist…Get Me out of Here, about his life on the NME and the Daily Mirror, Spend It Like Beckham, Sex, Lines and Videotape, The Divine Comedians – plus the screenplay Thieves. He has also contributed to MOJO and Echoes. In 1991 he moved into PR where he had a full-time career as well as being a freelance journalist for the Independent. Now he just DJs, performs spoken word and writes when he can.

This was the first single I ever bought at Primary School in the London Newtowns. I went to Woolworths in the local town centre and purchased it with my hard-grafted pocket money. I thought it was just a sick tune at that age but actually it was a much darker song than that – about an impotent secretly gay guy who couldn’t perform on his wedding night with his wife, and also about divorce. It became a Northern Soul classic and number one hit. Coincidentally it is also the first single bought by my NME compadre Julie Burchill.

This was the single that never was. We recorded this at the Mad Professor’s dub studios in Peckham and I think it was his and our best riddim together. It had Militant rhymes about street life, militant dub crazy beats but we split up before it was due to be released and promoted. Crazy really – the music press had put us on the front cover – the album had gone to number 1 in the Japanese reggae charts and all that malarkey – but we’d just had enough. I will revive a similar collective one day but it will have to have different members as I’ve sadly lost contact with Rasta Mandy and Paula, Mark has his own photography business and I don’t have much in common now with Tim Wells as he seems to be a Middle Class Somerset boy pretending to be a working class cockney poet and he’s best mates with former Sun journalists Garry Bushell (Oi creator and right-wing English Democrats Party candidate) and Garry Johnson (Oi poet and Tory councillor candidate). But best to live and let live. The Mad Prof used samples of this track on one of his dub albums and I’ve dropped it as a DJ in clubs to surprisingly rave reactions.

Probably the greatest influence to the Anti Social Workers and I was lucky to share a stage with him at the Calabash Festival in Jamaica in 2018. In a time when even the decent post punk poets like Attila, Seething Wells (RIP), Phil Jupitus and Luke Wright all went to private school only LKJ, Kate Tempest, John Cooper Clarke and the genuinely working class poets coming through on Benjamin Zephaniah’s Sky Arts poetry show are the real deal. As a roughneck reggae ranter who was raised in social housing and state school in the London overspill this elitism in the arts is bare annoying to me.This poem produced by Dennis ‘Blackbeard’ Bovell draws attention to the Sus Law, which led to police stopping, searching and arresting a disproportionate number of black youths.

I bought the picture sleeve of this which I sadly sold in hard times. It was the intelligent conscious side of punk. Singer Poly Styrene later described it as “a call for liberation’. It has that line in it: ‘Chain smoke, chain gang, I consume you all’. A feminist rallying cry.

This reminds me of DJing on the original pirate rebel radio show on London Wide Radio in ghetto tower blocks. We pioneered a sound called ‘Speng Groove’ which was a rare groove scene based on mid-tempo soul/funk tunes heavy on the bassline –  a revival pressure. This one was my favourite tune talking about the beautiful struggle and we played this out at Gossips, soul club in Soho and at Pacha in Ibiza. It was a toss up between this and Barry White’s ‘Ghetto Letto’ and my old radio theme tune Eddie Harris ‘It’s Allright Now’.

An absolute genius at the top of his game – son of a black panther taken from us way too soon. This reminds me of my son rapping this word for word at the computer screen. It samples the Elton John song ‘Indian Summer’ and wants to ‘end the war on the streets’ talking about racial inequality, poverty, and pays respect to activists like Malcolm X and Bobby Hutton.

Before he became a Kardashian and went batshit crazy this was the most radical music out there. It was all about the civil war in West African countries and children mining conflct diamonds and dying. The re-mix line “Good Morning! This ain’t Vietnam. Still, people lose hands, legs, arms for real’  hits home hard. I remember seeing him live at the 02 in London with Jay Z on the ‘Watch The Throne’ tour with my daughter (her first gig!) and it was one of the best concerts I’d ever seen. Pure FIRE!

So many memories of this song. It was explicitly political and my sons first purchase. I took him to see them at the London Emirates stadium (his first gig – both my kids had great musical firsts) and he stood up all night punching his fist! I loved that in advance of Donald Trump’s visit to the UK in 2018 there was a campaign to get it back in the charts and it reached no 2 in the download charts.

Grime to me is the new punk and this East London MC is the littest there is. With samples from civil rights activist Darcus Howe this talks about knife crime, post code wars and police brutality. That line

Been oppressing us, couple centuries now

And these gunshots never reach your town

It’s never on top when you leave your house’ is really telling it like it is from the heart.

One of those 80s old skool rap tunes that was so motivating – that line ‘agitate, educate, organise’ has inspired me so much through all the protest work I’ve been involved in. It showed a genuine freedom fighter talking about injustice and persecution with the hardest beats heavily influenced by the don of all dons Gil Scott Heron. A genuinely revolutionary Hip Hop record.

Played at my wedding to my Empress and Jamaican Warrior Woman (born in Kingston, raised in Hackney) as our first dance. My beautiful wife is the cousin of the late great reggae legend Sugar Minott so maybe I should have chosen ‘Good Thing Going’ to keep it in the family. This also featured in the awesome Pulp Fiction soundtrack and the Reverend has the sweetest voice in soul music alongside Aretha Franklin. This is consistently voted as one of the greatest singles ever recorded.

Paul Wellings Top 10 fave TV shows: Sopranos, The Wire, Top Boy, Only Fools And Horses, The Last Leg, Have I Got News For You,  Big Narstie Show, Brass Eye, Rob and Romesh Vs, I May Destroy You.