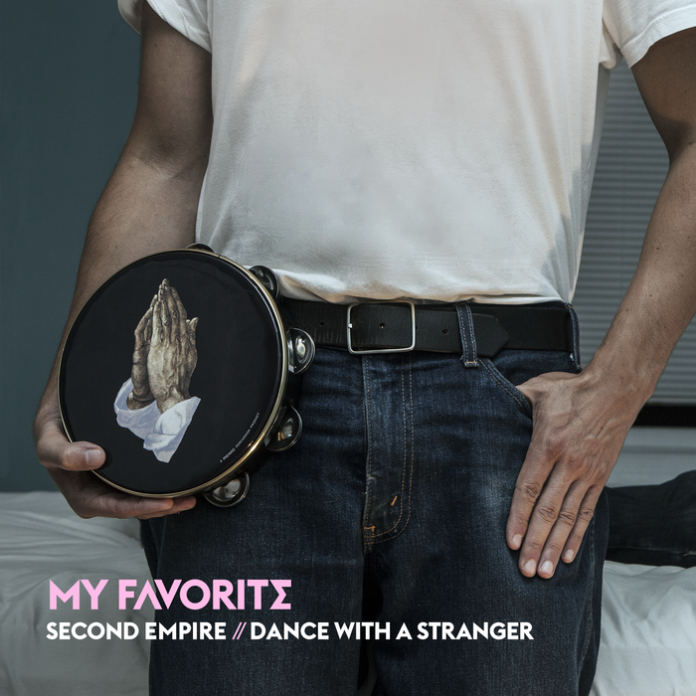 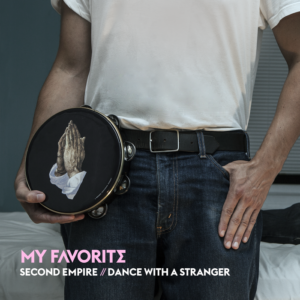 My Favorite: Second Empire / Dance With A Stranger (La Kalsa/WIAIWYA)

The first new material from New York’s My Favorite for almost a decade finds them in reflective mood. Glenn Airey finds them very good indeed.

In an age when nobody seems to know how to give up gracefully, it’s good to welcome back an act with plenty left to give. My Favorite drifted tantalisingly close to indie-scale immortality on more than one occasion either side of the millennium, their name having survived the intervening years as a word of mouth signifier among the discerning playlist compilers of the underground.

Musically, the band’s earlier material centred on a can’t fail marriage of synths and guitars most recognisably in the style of Lowlife period New Order. They updated and up-hipped the mix though with a lyrical flourish and a visual sense of fun that was more Glaswegian cafe than Mancunian warehouse: Belle and Sebastian themselves declared My Favorite their, er, favourites.

Core members regrouped in 2006 to form the Secret History and more quality pop missives ensued, albeit with a rather tougher, glam edge, as befits an ensemble involving (swoon) the daughter of Mick Ronson himself. Before you rush off to check out their World That Never Was album though, or their predecessors’ brace of long-players on Double Agent Records, gather round and cock an ear to My Favorite’s triumphant comeback single, Second Empire.

Named with all the hubris of Napoleon III strutting back into his uncle’s old office, it takes a position in their oeuvre equivalent to that of Bowie’s Let’s Dance or Roxy’s Dance Away. It’s even about dancing, sort of, and there are lyrical nods to the Duke and Bryan too. It’s middle aged My Favorite, which is only right and proper. “Too old to die young, too young to die slow” would be a fine opening couplet in any context, but as a scene setter for this melancholic meditation on the possibility of rebirth on the dancefloor, it’s devastating.

Being middle aged myself, and British to boot, it’s all too instinctive for me to carry on with the classic eighties indie references, so let’s draw a comparison in terms of lyrical quality and delivery with The The or Prefab Sprout. I know better than to bandy names like that around without due care and attention, don’t worry. Musically, the track glides off into more later-Roxy sax heaven and we are left to deal with the existential desolation of this “sad Pierrot on the banks of the Seine”.

Which we do by metaphorically flipping the record over and hitting the floor once again, this time to Dance With A Stranger. Slick, classy synth-pop in the Vince Clarke mould, there’s still a faraway look in the dancers’ eyes and a literary scope to the verses. These world weary characters inhabit a not-so-mythical city of crushed ambitions and impending disaster. “Our lives have been like two ballroom doors, which open into bare pantries” we’re told in one splendidly vivid moment.

An accomplished writer and an accomplished band, then, looking back and taking stock. It’s to be hoped that Michael Grace Jr. and his current associates are pleased and encouraged by what they find because this single is an example of how to come back with style. My Favorite: still loving, still losing, still dancing. The Second Empire is off to a glorious start.

My Favorite and The Secret History live here on Facebook and Michael Grace Jr is always an entertaining presence on Twitter @michaelgracejr.