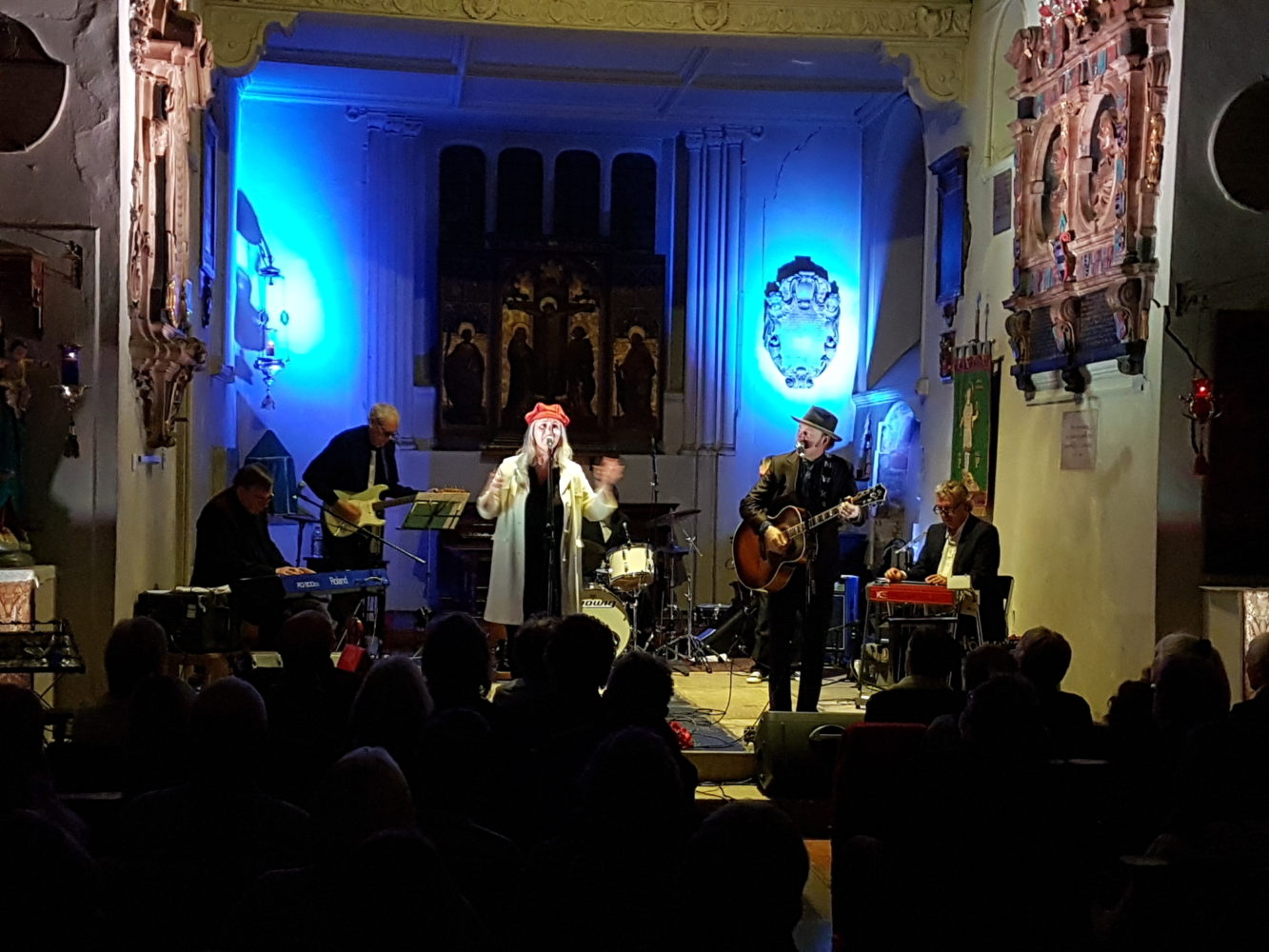 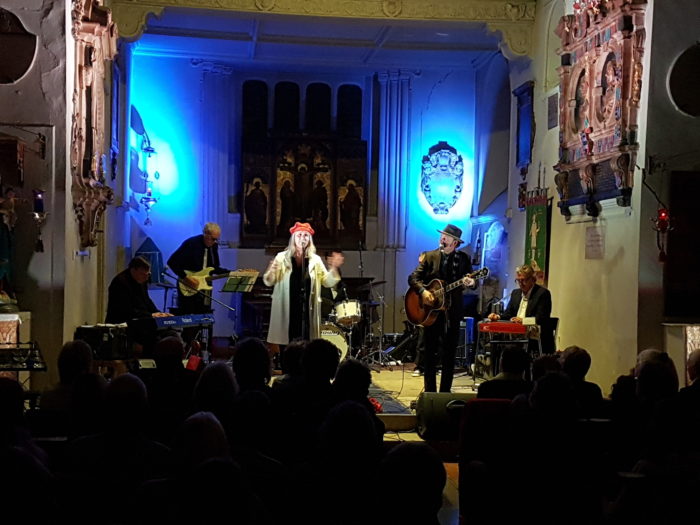 Seven years, three albums and hundreds of shows, there was certainly lots of reasons to celebrate on this Halloween night in the beautiful setting of St Pancras Old Church. Kentish troubadour James Hodder won the crowd over with excellent songs and a killer self deprecating sense of humour. This show was a rare chance to catch My Darling Clementine in a full band format. Lou Dalgleish and Michael Weston King being splendidly backed by Martin Belmont (guitar), Liam Grundy (keyboard), Kevin Foster (bass), Neil Bullock (drums) and Alan Cook (pedal steel). Having spent a quarter of a century plying their trade on the boards, our two hosts certainly know how to captivate an audience and its by coming up the aisle that they made their way to the stage.

Revolving around the husband and wife dynamic of Michael and Lou, the show certainly finds its inspiration in the great country duos of the past but manage to tow a fine line between being truthful to that style and sending it up a little. The banter between songs is hilarious and even the musicians had a hard time keeping a straight face with some of the barbs Lou and Michael were throwing at each other. The quality of the songs (and vocals) was stellar throughout and their execution flawless. Belmont’s playing was particularly inspired and slightly more to the front than on the records particularly on an incendiary solo at the end of “Yours Is the Cross I Still Bear” which (there is no better word for it) : rocked (especially combined with Neil Bullock’s precise drumming). This track from their latest album “Still Testifying” was produced by the late Neil Brockbank, Michael took the time to acknowledge the importance of Neil’s input in their music and paid tribute to him before performing “Departure Lounge”, a track from their debut LP “How Do You Plead ?” that Neil also produced. The evening contained many musical highlights but “Eugene” where Lou sung and played keyboards and the insanely catchy “Going Back to Memphis” were particularly great. Playing with the full band enabled us to get a chance to hear the rarely played “Two Lane Texaco”, a song dedicated to the many towns which once pulsated life thanks to a particular industry and who struggled in the aftermath of its disappearance. A three song encore which included a particularly powerful rendition of “Ashes, Flowers and Dust” provided a fitting end to a great evening.