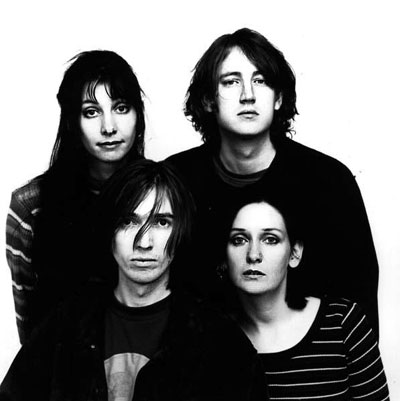 Arch droogs of noisenik and the kings of the sexy, swooning feedback drone My Bloody Valentine have announced details of the release of re-mastered versions of their two classic albums and a brand new compilation of EPs and previously unleased tracks.

The band who managed to combine beautiful soundscapes with the punk rock shrapnel of the Birthday Party and invent a whole new sound areÃ‚Â also nearing the completion of recording their mythical album which should be ready for next year.

My Bloody Valentine have announced details of the release of a trio of re-issues on Monday May 7th 2012Ã‚Â through Sony Commercial Music Group.

They will release their 2 full-length studio albums, Isn’t Anything and Loveless, plus EP’s 1988-1991, a brand new compilation which draws together their 4 EP releases, Feed Me With Your Kiss, You Made Me Realise, Glider and Tremolo alongside 7 additional rare and previously un-released tracks.

Alongside their EPs, the compilation album features a mixture of rare and unavailable and previously unreleased tracks.

My Bloody Valentine remain one of the most unique and thrilling bands of the last 25 years. Sonic pioneers, they stood alone in the late 80s / early 90s, their two albums sounded like nothing that had gone before. Loveless in particular was a breathtaking piece of work exploring the outer reaches of a guitar’s capabilities ”â€œ it’s no surprise that 20 years later the album is still influencing a new generation of musicians from The Horrors to Radiohead.

Isn’t Anything, released on Creation Records in November 1988, was My Bloody Valentine’s debut long-player. Formed in Dublin in 1983, prior to Isn’t Anything they had released a number of EPs and mini-albums. The album was preceded by You Made Me Realise, an EP which gave some indication of the avant-garde musical direction of the album, which, on release, was heralded as peerless.

Isn’t Anything was Recorded in Wales over a two-week period in the late spring of 1988 and produced by the band and following some personnel changes it featured the line-up of Kevin Shields (guitar, vocals), Bilinda Butcher (guitars / vocals), Colm O Coisoig (drums) and Debbie Googe (bass) which would go on to record and release Loveless 3 years later.

Their second album, Loveless, was released in November 1991. Recorded over a two-year period between 1989 and 1991, the album’s gestation was long and complex with numerous studios and engineers used, yet on its eventual release it was soon apparent My Bloody Valentine had released a hugely innovative, original and definitive album, the legacy of which still resonates today.

My Bloody Valentine played a number of shows in 2008, their first in a number of years, including performances at the Roskilde, Benicassim, Electric Picnic, Fuji Rock and Bestival festivals and in 2009 they curated the All Tomorrows Parties ”ËœNightmare Before Christmas’ event.

The track listings of the albums are as follows: