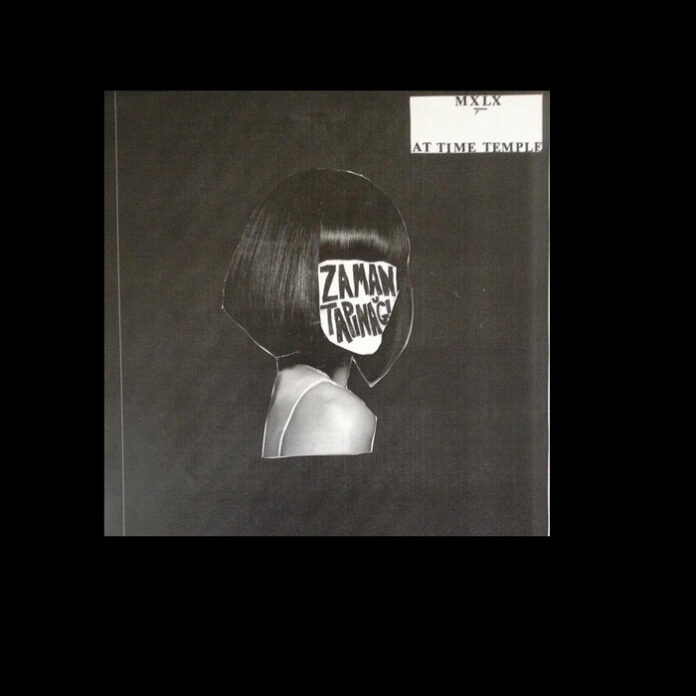 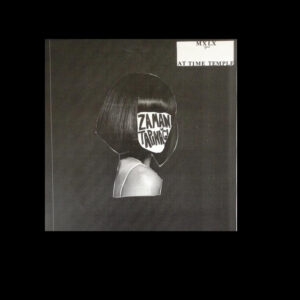 At Time Temple is the latest release by Matt Loveridge under the MXLX banner and once again we are placed squarely in the center of a world that is dark, disturbing, beautiful, and melancholic.

Keeping up with Matt’s productivity can be an exhausting pastime. Not just down to the sheer volume of work that he releases, but also (mainly) due to the sheer level of quality that is on display. Every release is a must-seek, and though there can be familiar threads running through certain releases, each one is another twisting up and smashing down of what has gone before.

At Time Temple is an album that, on paper, looks to be two long pieces of music but given four different names:

However, when listened to you are instantly aware that they are indeed four pieces of music, sewn together with precision, so even though they are different they play out like related chapters in a book or acts in a play.

Opener Disastrchasr // Bad Sigil creeps in ever so quietly then after a few seconds it erupts into a form of art-rock that thrashes and spits, pummeling you into acceptance, creating a meditative state for which you can turn off all thoughts of the outside world and just succumb to the righteous anger of its creator.

After 7+ minutes, the seas calm and we are soothed by a repeated saz (it’s a member of the lute fam – ed.)  motif that clicks like the hands on a clock making us re-evaluate the world around us and our place in it. This is one of two highly emotive sections that appear on the album and is actually one of the finest in Matt’s career to date (although even this will be topped later on in the album).

We are then taking back out to sea on a wave of drone that lifts and drops like the waves, showing us land before forcing our neck down to see the deep below. As the drone intensifies we are cleverly submerged into the world of post-rock which many will connect to bands like Mogwai, Godspeed etc and even though there are indeed some similarities to be drawn between them, there is a far bigger sense that this is something fresh and exciting as this is, after all, the work of one man playing for what seems to be his life. The Captain sending us back to shore on a wave of feedback.

666 Quest // Zone Away then make their entrance and it is fair to say that we are now stepping further into the shadows as 666 Quest cascades over you suggesting a sense of looming chaos and of events spiraling out of control and this section is far more oppressive than the previous side. Very dense and gradually descending into a whirlpool of dissonance, the track introduces guttural, squalling, vocals that are barely recognizable as a human beings. A howl to the stars, a pleading menace.

What happens next is a fantastic sucker punch to the senses as a two-note saz motif starts chiming the bells and introducing a sense of serenity that is reinforced as it morphs into what can only be described as Asian folk music. The fact that Matt has drawn influence from music around the world is not a surprise to his fans, but for those going in cold with this album, it will be a moment that they will never forget.

As Zone Away slowly breathes, the most effecting instrument on the whole LP comes to the fore, Matt’s voice. Matt’s voice is a very rich and powerful tool and even though he sounds like he’s singing in a different language (his own?) and you do not understand what is being told, you can interpret it any way you see fit as it is there as a textural device, a paintbrush to sweep over canvases, a pen to be dipped in ink.

Then it is over…

At Time Temple is one of the best things Matt has released under the MXLX banner and it certainly stands proud alongside his other celebrated works such as Black Meta and Palazzo Di Sole. It is elemental and it plays like a paean to nature itself. It’s an album that summons up tones from the plates and from ocean droplets.

~
You can buy At Time Temple from Matt’s own Kindarad bandcamp page and you can follow him on Twitter where he tweets as @timetemple.