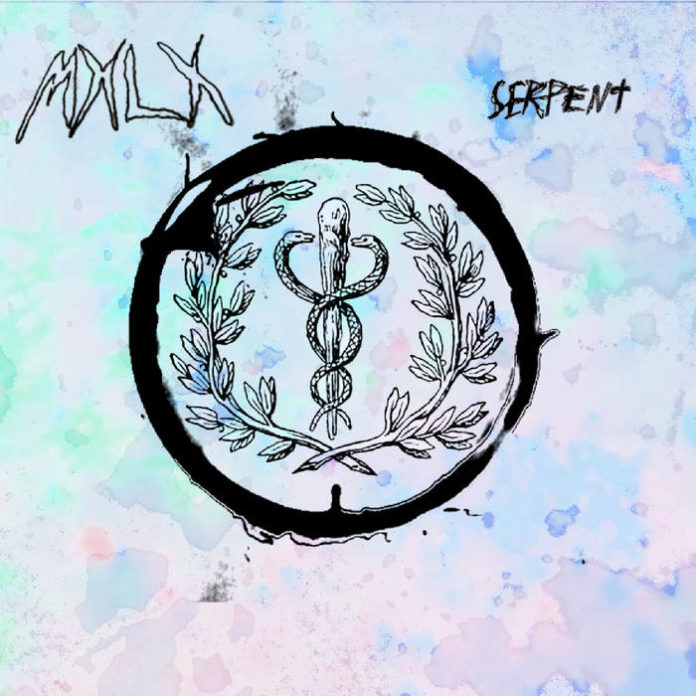 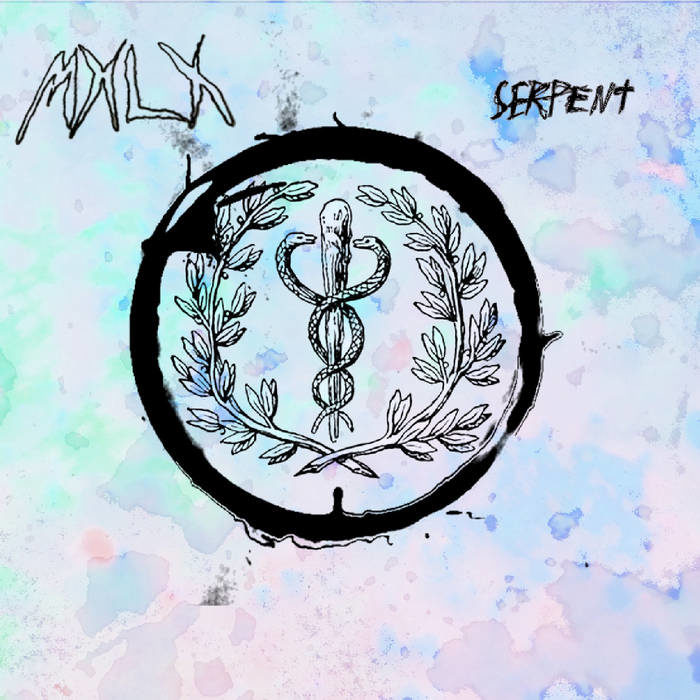 In the world of Matt Loveridge this new MXLX album has been a long time coming. Loveridge is an incredibly prolific artist who was releasing a consistent stream of quality albums whether that be under the MXLX, Fairhorns, Knife Library monikers or as a member of Beak>. Leaving the band to focus on his solo projects and taken a very well deserved break, Loveridge has now returned all guns blazing with this new MXLX album plus talk of other projects nearly all ready to go.

So what has changed in the gap between MXLX albums? The last album, Kicking Away at the Decrepit Walls til the Beautiful Sunshine Blisters Through The Cracks was one of this writers favourite albums of 2017 and featured highly on The Quietus’ AOTY list also and what Serpent feels like is a return to the world of the previous album only this time Loveridge has pushed the sound further and his production on the albums feels richer and more dense. It also feels like for once Loveridge is pulling in styles he uses more on his Fairhorns project especially on album highlight Flowers For The Snakes which blends his dramatic take on Metal, blends in some deep neo-folk elements before the electronics slowly swallow the piece whole leading us smiling into a electronica banger. Whilst the bass drum pummels us towards climax the distortion and noise elements that Loveridge is known for growls and snarls underneath adding a sense of true danger and unease. Welcome back indeed.

Another element that pulls in all of Loveridge’s stylistic shifts to date is the wonderful Fucking Had It With You Lot. The track builds on a zombie synth march akin to the work of John Carpenter. The song also displays Loveridge’s unique gift with song arrangement as many musicians would not have the patience to allow the song to breathe and develop at the pace it does. Fucking Had It With You Lot pied pipers its way to the clifftop before the sound of razor guitars build and build before it abruptly ends..we’ve fallen over the edge.

Fans of Matt’s noise work will love Being A Bomb which manages to sound like he has indeed placed us right in the middle of a squalling and terrifying nuclear blast only hidden in there is a drum beat allowing us to grab on to it and feel like we are being led to safety as the world around us burns. Beautifully destructive.

Serpent also highlights Loveridge’s most unique gift and that is his voice as he often layers conflicting melodies and lyrics over each other giving you the impression you are locked in a darkened room with many different people and not all of them can be trusted. Loveridge’s voice slips from an intimate, growling whisper to a beautifully emotional and melancholic instrument especially on the song Mostly Burned which is the best example on the album of his range.

It is great to have Matt Loveridge back releasing music. He is a unique artist with a special and peculiar idiosyncratic vision. Serpent not only serves as a great reminder of what we were missing whilst he was away but as a stunning stepping on stone for what he will present to us next. Welcome back sir!