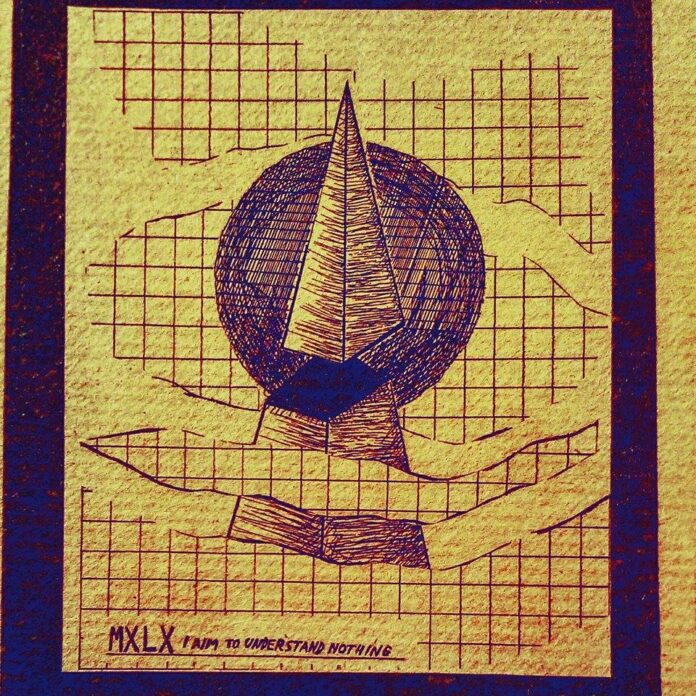 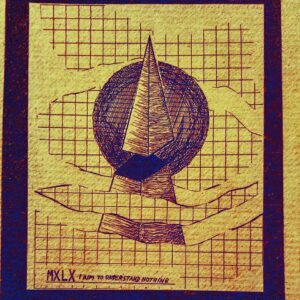 MXLX, aka Matt Loveridge, has produced his most beautiful piece of music to date. Simon Tucker is happily absorbed in the irony and the brilliance.

What awaits us this time? Which part of the myriad minded MXLX (Matt Loveridge) will be released upon us, his listeners? Whatever road we are about to start moving on, we know one for thing for certain … we are not going to be disappointed. You see, the thing with Matt’s music is underneath the chaos and carnage (more of which later) beats the heart of a poet. His music seems to come from a long lost past of tribes and rituals, drawing the bones up from the dirt and breathing fresh life into them.

The assault is brutal and fierce. This Is No Place For Me places our feet on the trail, smashing things to pieces in an act of wanton rage but as we know, to create you must first destroy and what is created is a piece of music that has so many hidden nooks and crannies that you may not find them on first listen. Whilst the storm of futuristic atmosphere blows around, underneath lie little flourishes that are very familiar (you can even hear what sounds like good old-fashioned record scratching in the early parts) which leaves one with a wry smile. This, of course, would lead you into thinking you were about to listen to another of Matt’s “noise” pieces like the great Black Meta or Palazzo Di Sole albums but though this is partly true, what you WON’T be expecting is the sheer beauty of the following, So I Am Leaving.

This is a bold thing to say, but this may be the most beautiful piece of music ever created under the MXLX banner. A sense of movement runs through its veins with the sound of traffic whizzing by and a melancholy that plays out like its author has channeled feelings of loneliness that one can assume occurs when you are a gigging musician. The stunning change in time as we enter what feels like a waltz to home near the end of SIAL is a stroke of brilliance that reaches into your heart.

As we then reach Everything Behind, we are planted firmly into the aforementioned past as Matt’s vocal incantations speak to us in unknown tongues. A language that you don’t know but immediately understand and connect with which leads us into the closer And All Will be Well which is an ironic title in the way that it gives the impression things are far from being well at all. It is a return to the glorious cacophony that Matt has mastered previously and when you get the distorted vocal shouts you realise that this whole album has been lulling you into a fall sense of security. It turns out that Everything Behind was indeed an incantation and now the demons have risen. The aural stew that spews forth lets us know the Book Of The Dead has indeed been read and now we must face the consequences. “We’re gonna get you, we’re gonna get you” It plays out like a disturbed nursery rhyme as Matt is no longer with us and something (or someone) has taken his place.

I Aim to Understand Nothing is a darkly comic tale that can be hard to listen to but also contains some of its creators most introspective and heartfelt work to date.

I Aim To Understand Nothing is available to pre-order from here.

All words by Simon Tucker, find his Louder Than War author’s archive here.