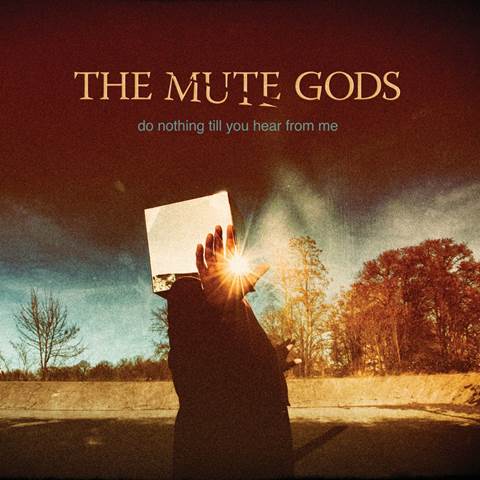 The Mute Gods, a brand new band from the mind of renowned bassist, chapman stick player & vocalist Nick Beggs, have released their debut album ‘do nothing till you hear from me’ and to celebrate, they have also released a video for the track ‘father, daughter’. This is the closing song on the album, and features Nick’s daughter Lula Beggs on vocals. Nick had this to say: “Possibly the most important song on The Mute Gods album, a real father/daughter dialogue that was not easy to have.”

Nick has most recently been involved with Steven Wilson’s solo band, both in the studio and on tour (and is currently touring with him across Europe), whilst also playing live with legendary guitarist Steve Hackett as part of his Genesis Revisited run of shows. In recent years he has contributed to projects such as Lifesigns, Fish On Friday & Lonely Robot, as well as playing live with Rick Wakeman. LTW ‘do nothing till you hear from me’ album review here.

Louder Than War also managed to grab a few words with Nick about the album:

Louder Than War: The obvious starter has to be what led you to finally doing your own album?

Nick Beggs: Thomas Waber  at Inside Out Records flagged up the notion that there was a potential audience for me as an artist. Up until that point I had not considered it.

LTW: And how did you find time to write bearing in mind all your commitments?

NB: I utilized my down time. There is an amazing amount of wasted moments in touring but on the road there is also the opportunity to recycle that time. So in each back stage area and hotel room I set up my recording gear.

LTW: Has the album been coming together over  a long period did you just hit the studio and go for it?

NB: I  wrote it three times and binned it twice over the course of three years.

LTW: Marco & Roger you’ve obviously worked with a lot – how come they were the two out of many you could have maybe asked, who formed the core of the band?

NB: I always thought it would be good to have them involved in anything I did. They were enthusiastic about the demos so we press ahead.

LTW: Who did most of the writing in terms of the music and the ideas for songs and was anything developed from your original ideas?

NB: I wrote most of the material. I had a couple of guest writers too. People that I had an interest in writing with and the influences are quite diverse.  There was, for example,  an instrumental track  I wrote called ‘in the cross hairs’ was developed by Roger King, so much so that I split the writing credit with him. (Roger plays a very Hackett-like solo on the track too).

LTW: Roger King also had quite a big hand in the production:

NB: I recorded my songs and set them to Roger. We file shared until it was finished. With the other writers, we did the same. He mixed the tracks according to a discussed plan. His overall approach was very good from the beginning and if there were changes necessary we would discuss and he would execute them.

LTW: You’ve taken a theme with quite a topical concept – is it something you personally feel strongly about?

NB: Yes I feel compelled to write on subjects I have an opinion on. I also have quite a lot to get off my chest. And I’m only just getting started.

LTW: The title track was an obvious one to use as what we tend to call a single but why did you choose ‘feed the troll’ as the next one?

NB: I suppose because it was less obvious. Also the record label liked the idea. I wrote the script for the video and directed it with Miles Skarin from Crystal Spotlight. The Clown/Troll is my good friend Glenn Kelly.

LTW: The song ‘father daughter’ is quite a touching piece was it one written specifically with you and your daughter Lula in mind?

NB: Yes indeed it was. I wanted to write a song with her. So I wrote the first and third verse and asked her to respond. She did a great job.

NB: I am writing the second mute gods album and will be working with Steve Hackett also touring with Steven Wilson. That should keep me busy.

The Mute Gods are online at : themutegods.com