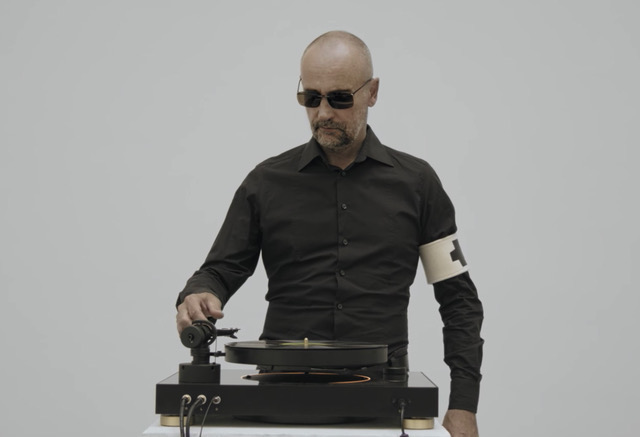 “Wherever we are, what we hear is mostly noise” – John Cage

MUTE have announced the latest release in the MUTE 4.0 (1978 > TOMORROW) series: STUMM433, a box set collating an unprecedented selection of Mute artists past, present and future, out in May 2019.

From The Normal, the artist that started Mute, to the label’s newest signing, K Á R Y Y N, STUMM433 will feature a huge array – over 50 – of Mute artists including Depeche Mode, Yann Tiersen, Liars, Silicon Teens, Irmin Schmidt and many more, all presenting their own interpretation of one piece of music: John Cage’s game changing composition, 4’33”.

4’33” is among the most important of all contemporary music compositions. Composed and premiered in 1952, 4’33” is a piece for any instrument or combination of instruments. The score instructs the performer or performers not to play their instrument for the duration of the piece (generally four minutes and 33 seconds). As challenging and thought-provoking now as it was when it was premiered, 4’33” completely changed popular thinking on silence, sound, composition and listening.

Daniel Miller explains, “John Cage’s 4’33” has been present in my musical life for as long as I can remember as an important and inspiring composition. When the idea of every Mute artist doing their own interpretation of the piece came up during a conversation with Simon Fisher Turner, I immediately thought this was the perfect way to mark the label’s MUTE 4.0 (1978 > TOMORROW) series.”

Each artist has created a visual to accompany their performance of 4’33” and the box set launches with a video from Laibach. Filmed and recorded during “Chess Game For Four” at the HDLU’s Bačva Gallery Space in Zagreb (a reference to the famous photo of ‘Duchamp Playing Chess with a Nude (Eve Babitz)’ in Pasadena museum and Cage’s Duchamp-inspired “Chess Pieces” in particular, the Reunion, which featured a specially constructed electronic chess board), Laibach’s interpretation of 4’33” features the Croatian performance artist Vlasta Delimar and a Slovenian designed levitating turntable. Watch the short film here:

Net profits from the release of STUMM433 will be split between the British Tinnitus Association and Music Minds Matter, charities chosen to honour Inspiral Carpets’ founding member Craig Gill who suffered from anxiety and depression as a result of his tinnitus in the years up to his untimely death. The box set will be released in May 2019 with more details being shared over the coming months.