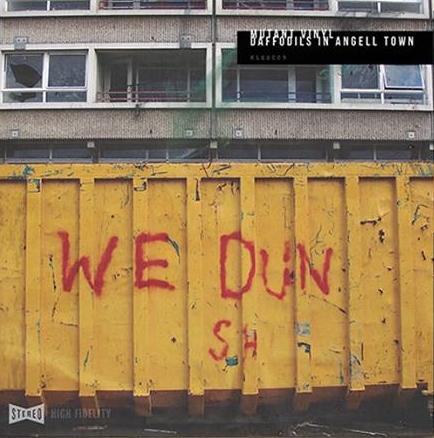 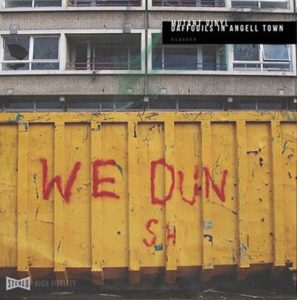 Known for his exciting live performances, Edwin James Pope aka Mutant Vinyl had a lot to live up to on Daffodils In Angel Town. The LIPA graduate is an accomplished saxophonist and pushes the boundaries of Electronic Pop, Dub, Jazz and multiple other musical forms throughout the album. From the first beautifully layered synths of opening track Ghosts Of Dorset, the music can become otherworldly, like an aural dream-state.

The way the tracks are put together is intricate. Poh Poh has snappy rhythms and tribal drums underneath the layers of synth and sax. (Saturday YEAH YAWN) has a beat reminiscent of metal against metal, industrial in the best sense of the word, but still has the complex layers and vocals moving over the solid rhythmic base.

Some of the tracks have a lovely Dub feel to them including the hypnotic 8th &H and Dave Wells Dub. There are also some beautiful tracks where the mood becomes mellow and the sounds luxuriant. Skye has easy rhythms and times where a musical phrase will push through, then subside like a half remembered dream. Puffin Song soars and swoops, featuring rounded rhythms and a relaxing ambience. Tear Down The Bunting is pretty and slightly, pleasingly discordant. Heads, Dreads … Amorie has some nice vocal input from Paige Leslie. The best of the slower tracks is the transcendental Purple Cosmic – spaced synths, fuzzy native drums and dream-like sax. It takes you to a higher plane.

Of the sassier tracks, Jungle Lick In Soho has more sax sophistication, whilst Kick Out Kid is very fine indeed, with stunning melodies and leading to a chorus section which gives the song definition. Mutha Sister has catchy vocals backed by snatched musical phrases and solid synth rhythms.

To be honest, the whole album is very good, especially if you are winding down after a hard week or just fancy something both intricate and immersive to listen to. Daffodils In Angel Town is an accomplished piece of work from an artist that already has a growing reputation. May the artist currently known as Mutant Vinyl long grace both our stages and turntables.