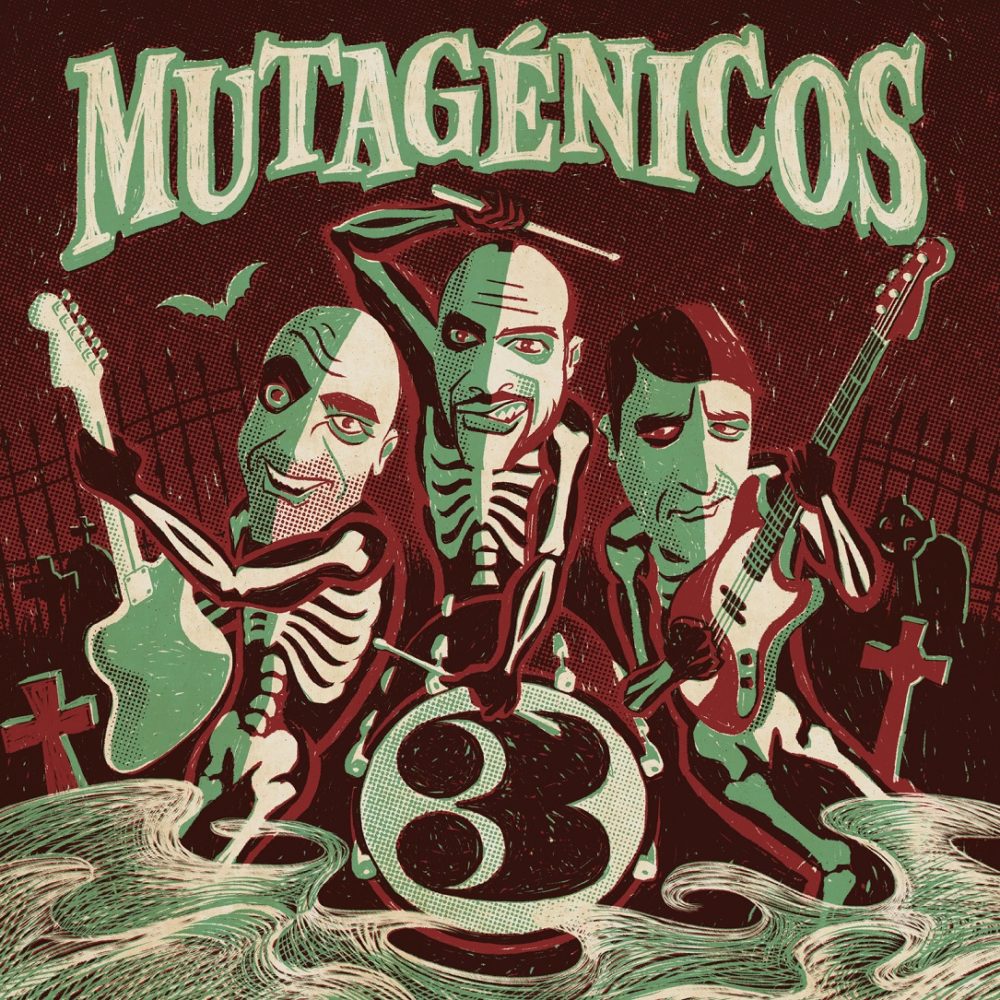 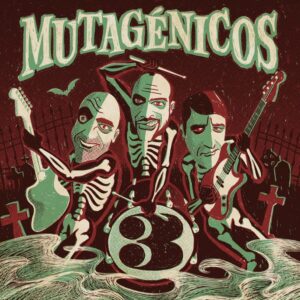 Spanish garage rock trio, Los Mutagénicos, return with their third album – a twisting and turning B-movie indebted record that has them pulling in more styles.

Hailing from Logroño in Spain, Los Mutagenicos have spent the last decade trading in typical stripped-back garage surf rock ‘n’ roll and it has done them well until now. On their third album, they flex their muscles a bit more and set their sights on creating something altogether more single-minded in concept. By developing in both their writing style and influences, the band’s third album, simply titled ‘3’, comes across in sound like a soundtrack to a lost sci-fi horror B-movie classic, an altogether more coherent and sonic experience.

Kicking off with He Venido A Buscarte, the reverb-drenched guitar whips hypnotic riffs while the rhythm section pulls the song along with a swing. From the off, it’s clear that the band have taken a leap forward since their previous outing, but the best is yet to come. An early highlight is the slinking La Cumbia De La Muerte which pulls in a more Tropicana/boogaloo feel that fits perfectly with its menacing undertones of zombies rising, a song that would sit neatly on any C W Stoneking album. However, while the sound of the album comes perfectly together, aided by added piano and baritone sax that add wonderful flourishes throughout, the topics still vary. This means the album doesn’t suffer from trying to flog the theme too hard. Menos Mal expounds the joy of being born early enough to not be sucked into living life through social media, a tongue-in-cheek takedown of those addicted to social media and chock full of sarcastic quips and digs, while Resetear and Darlo Todo dive headlong into full-on indulgences, a staple idea of living fast and only for the weekend and are sure-fire rabble-rousing rackets.

On ‘3’, Los Mutagénicos have pulled out all the stops. It’s a great development from their previous two albums and has set them on track towards a future with a broader horizon.

Listen to Menos Mal and Cumbia De La Muerte below>