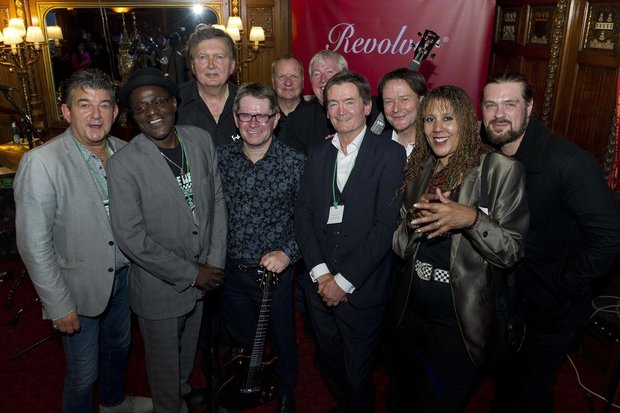 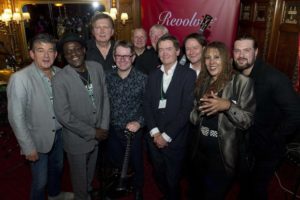 ROCK ’n’ rolling politicians MP4 are releasing an EP in support of Musicians Against Homelessness, the grass roots rock movement that raises funds for homelessness charities.

They will launch it with a star-studded gig inside the Houses of Parliament on 25th October.

MP4 are the only band in history to have been granted permission to perform in the State Rooms of the Speaker’s House in the Palace of Westminster.

The EP, entitled ‘MP4 EP5’ featuring 5 original tracks has been produced by award winning Robin Millar CBE and will be released by Revolver Records on Friday 26th October.

The lead track Do You See Me? is a poignant and moving plea to passers-by written from the point of view of a rough sleeper.

Stars including Feargal Sharkey and Specials legend Neville Staple are supporting the launch night event, with many other well known music industry names and politicians confirmed to attend.

‘The MPs are asking the public to download the EP and donate to Crisis, the national charity for homeless people.’

The band state: “When Musicians Against Homelessness approached MP4 to put on a gig in the House Of Commons we knew we had to say yes.

“Not only did we agree to their request, but also we pledged to release a record to highlight the cause.

“Homelessness is a complex issue requiring more political action. But we also know, as a cross-party group of MPs, that to get results we need to keep awareness high.

“That is why we didn’t hesitate to answer the challenge from MAH.”

Musicians Against Homelessness was launched by Emma Rule in 2016, backed by patron Alan McGee, the iconic boss of Creation Records who launched the careers of Oasis and Primal Scream.

The volunteer-led campaign had raised £100,000 by the end of 2017 on behalf of homelessness charities.

They were later joined by Labour MP Kevin Brennan on vocals and guitar.

Kevin Brennan said: “In my advice surgeries and on the streets of my constituency I’ve seen homelessness blight lives. Every homeless person is a human being with a story of their own. All of us should do whatever we can to ensure everyone’s story can include a decent home.”

Sir Greg Knight MP said: “I believe that just one person without a roof over their head is one too many. There is more that can be done to help homeless people and rough sleepers get their lives back on track, so along with Musicians Against Homelessness and Crisis I am glad to be part of this effort to raise a wider awareness of the issue.”

Ian Cawsey, former Labour MP said: “Homelessness isn’t an inevitable part of society but it is something we can all help to make a difference on. It’s too easy to walk on by and we are all sometimes guilty of that in our busy lives.

“The MP4 EP is to raise awareness of this issues, to get more people working together to help homeless people get back on their feet and to stop more people becoming victims of it.”

Scottish MP Peter Wishart said: “When I was a full time musician, bands did a lot to raise awareness of the plight of the poorest overseas. Now we need a campaign to end homelessness here in Scotland and across the UK.

“That’s why I’ve joined with my MP4 colleagues to support Musicians Against Homelessness and Crisis in their important work.’

Jon Sparkes, Chief Executive of Crisis, said: “We’re very excited MP4 has chosen to release a single for Musicians Against Homelessness which has done so much to support Crisis.

“It’s fantastic to see politicians from across the political spectrum come together to highlight the cause of Crisis’s work – supporting homeless people and campaigning to end homelessness for good.

“The work MAH has done since the project began has been truly inspirational, raising vital funds that have helped us hugely. We’re incredibly grateful for MP4’s support, as well as the volunteers, musicians and bands, who have dedicated their time to the cause.

“We know we can end homelessness in our country. If we continually shine a light on this issue and stand together, we can end it for good – because everyone deserves to have a place to call home.”

MAH patron Alan McGee said: “Britain rocked against the menace of racism in the 70s, now British bands are rocking against a modern scandal – homelessness. We won’t stop until it is eradicated.”

Shaun Ryder said: “I fully support the amazing work of Musicians Against Homelessness who not only raise awareness and funds for the homeless but also help new musicians and bands get gigs and exposure.”

To donate to Crisis:  www.crisis.org.uk/MAHMP4

*Rock musicians confirmed to attend the October 25th launch include Cast, Dodgy, The Hoosiers, Feargal Sharkey,  Black Grape, Louise Distras, Neville Staple of The Specials and members of the Buzzcocks.

*Karen Buck MP will speak at the event regarding the Homes Fit For Habitation Bill which takes place on 26th Oct. Jon Sparkes Crisis CEO will also be giving a speech.

In 2016 they released You Can’t Always Get What You Want under the name Friends Of Jo Cox in memory of the Labour MP murdered by a far-right extremist.

*Pete Wishart, MP, previously played keyboards with Runrig and Big Country and is one of only two current MPs to have performed on Top Of The Pops.

*MP4’s song Do You See Me? was co-written by Kevin Brennan and Simon Darlow.

*Emma Rule launched MAH after meeting a suicidal homeless man while volunteering at a homeless shelter on Christmas night.