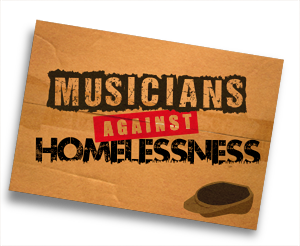 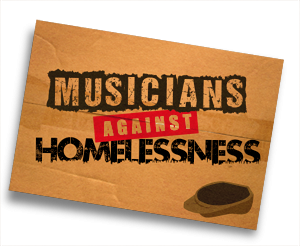 MUSICIANS Against Homelessness (MAH) this week launch their 2017 campaign to raise money for the homeless charity Crisis.

Rock and pop stars including Shaun Ryder and Cast are backing the cause which looks set to have an even bigger impact this year.

It was publicly supported by celebrities such as Lilly Allen, Russell Brand, Irvine Welsh. And more than 500 bands played over one hundred MAH benefit gigs around the UK.

But McGee expects even more bands and household names to get behind this year’s drive which coincides with the 50th anniversary of Crisis.

He said: “Last year the response was incredible but more people know about us now.

“We are getting people talking and taking action on homelessness in the best way we know how, through music and community.

“This problem will not go away. Statistics show a significant rise in the people sleeping rough on British streets – 4134 in January in England alone

– which is an absolute disgrace.”

Happy Mondays and Black Grape star Shaun Ryder said: “To see so many people in this day and age homeless and hungry is unbelievable. This is not Victorian Britain!

“As usual it’s the people who are not in a position to speak for themselves or be heard who get left behind and ignored.

“It’s become so common to see homeless people on the streets that maybe it’s not a shock when you walk past.  Or maybe it’s so shocking that you have to look away, and try not to think about it?”

Ryder, who is back on tour with the Mondays this Winter, went on: “The sad thing is, it’s not the public’s problem, but they’re the ones most likely to actually help the homeless than anyone in government.

“I’ve been through some difficult times in my life, but fortunately I’ve always had a roof over my head.

“If I found myself in a desperate and vulnerable position where I’d have to trust the decisions being made in Parliament, I’d be seriously worried.”

John Power, lead singer with Cast, said: “It’s great to be asked to be involved with the Musicians Against Homelessness campaign again.

“With so many ongoing problems in the world today it’s sometimes easy to forget the ones in which you come face to face with everyday in the towns and cities up and down the UK.”

Power, currently on tour promoting Cast’s new album Kicking Up The Dust, added: “Homelessness is a massive problem and one we can’t just step over and ignore.

“Let’s help bring awareness to the ever increasing problem of homelessness on our streets today.”

Happy Mondays, Buzzcocks and The Jesus & Mary Chain were among the many bands who backed the cause in 2016.

This year, the campaign is expanding by teaming up with Simon Community Northern Ireland.

Chief executive Jim Dennison said: “We are thrilled to be working with Musicians Against Homelessness to raise awareness of homelessness in Northern Ireland.

“We have a huge – and worsening – problem of homelessness here.

“This partnership, with the support of brilliant home-grown musical talent, will not only shine a crucial light on homelessness but also help our work to end it.”

Alan McGee said: “The homeless situation in the UK is sickening and shocking but there is a growing awareness of the desperation people at the bottom have to endure, thanks to Ken Loach’s film I Daniel Blake and the musicians who back us.

“The safety nets people have relied on are slowly and consistently being taken away.

“Cuts to benefits and unfair sanctions are callously putting the most vulnerable at risk of homelessness.

“I know people who have jobs but have to ‘couch-surf’ because they can’t afford to rent or get on the housing ladder.”

This year’s MAH gigs will run throughout September.

Jon Sparkes, Chief Executive of Crisis, said: “I’m delighted that Musicians Against Homelessness will be supporting Crisis again this year with what promises to be an even bigger and better programme of gigs and events in the Autumn.

“Homelessness remains an unsolved problem across the UK, so your help and support in what will be our 50th year, is much needed, and greatly appreciated.”

The maverick businessman believes the MAH campaign also gives new bands a platform, in the way that Rock Against Racism did in the 1970s.

He said: “Music brings us together regardless of politics or social standing. It’s a great leveller and a vital tool for change.”

He went on: “The Homelessness Reduction Bill is a step in the right direction. But without the necessary funding to enable local councils to prevent homelessness it will be ineffective.”

*MAH backers The Jesus & Mary Chain tour the UK from 23rd March in support of their new album Damage And Joy (released 24/3).

*Cast’s new album, Kicking Up The Dust is out next month.

*To apply to play, host or organise a MAH gig visit Musicians Against Homelessness on Facebook https://www.facebook.com/mahgigs/