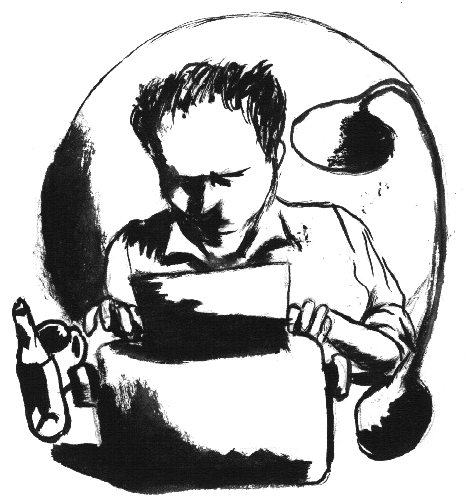 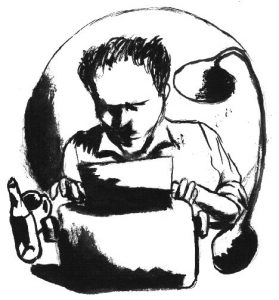 Everett True comes from the post punk fanzine days where he would appear at gigs and dance like crazy and then sell fanzines out of a plastic bag – somehow he ended up on the music press and bounced around that inky world for several decades. Not he way he wrote a lot of stuff and had plenty of adventures which he has collated into a book which you can get here…

Details about where to get the book here

My name is Everett True. You may not know who I am, so I will attempt to introduce myself.

I released the first record on Creation Records, and then fell out heavily with the label’s founder Alan McGee—so heavily in fact that he was in denial for 30 years he ever released a brace of records by me.

I was the first music critic to write about Sub Pop Records, and to this day do not understand why Tad and Dickless didn’t get to be the biggest bands on the planet. Entertainment Weekly reckoned I was “the man who discovered grunge” (1992) but that would imply that I lifted up a rock and there it was underneath, scuttling busy. Kurt Cobain called me the “biggest rock star critic in the world”, but he was being sarcastic doubtless. Jonathan Donahue of Mercury Rev called me “our generation’s Lester Bangs,” but frankly I’m better than that.

I founded two self-published magazines in the 2000s—Careless Talks Costs Lives and Plan B Magazine.  One sold enough to keep several of us off the dole for several years, the other didn’t. Both were fantastic, mostly down to other contributors aside from me.

I have written several books, a couple of which are still in print (the ones on the Ramones and Nirvana).

The Electrical Storm (illustrations by reclusive French geniusVincent Vanoli) is a collection of stories from my life. A collection of short stories, with the names often omitted because I am intrigued as to whether they stand up without a famous name attached. If you think about them enough, mostly it is obvious who they are about.

I have long been a proponent of DIY culture and so, rather than going for the big bucks, I crowdfunded the book via Indiegogo.

Otherwise known as Grunge: My Part in its Downfall, being an attempt to recollect a life probably best forgotten, the life of Everett True. Sad racy stories. Downbeat enthusiasm. Funny, cruel, clever, brutally honest … once you’ve read this, you will never be able to take music criticism seriously again. Like you ever did.

The Electrical Storm has already been excerpted on various influential websites—Collapse Board, Drowned in Sound, God is in the TV, The Recoup, The Stranger and so forth.