Home Blogs Music tips from down under : selection of some of the best... 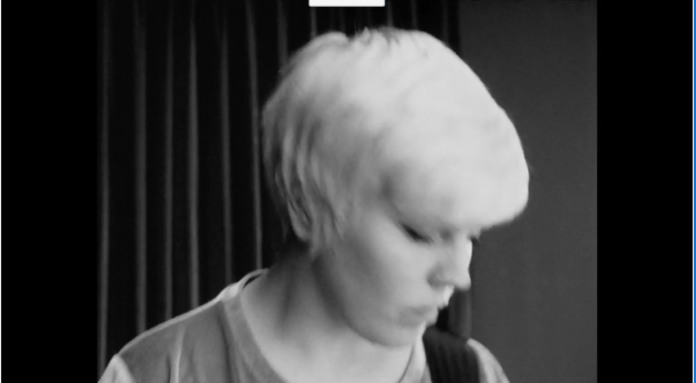 The Flip Side: Music Tips From Down Under

6 Music freelance producer and music journalist Louise Mason spent time living in Melbourne and has brought her musical discoveries back to Manchester, where she presents a monthly show on Reform Radio called ‘The Flip Side’. Here, she shares some of her favourite discoveries that you need to know.

Well, where to start? Perhaps by introducing myself. I’m Louise, some people call me Mase. On New Years eve 2017, I landed in Melbourne, Australia and lived there for the best part of a year. I missed my initial flight, after I ended up in hospital the day before my 30th birthday. Good start! Instead of prosecco on tap it was morphine. Bloody ripper, as the Australians would say. I’d been mid-way through my last shift on Lauren Laverne when I had to get a taxi to A&E; I never did see my flat in London again, my parents had to empty it, much to their delight, goodbyes completely skipped. Needless to say, by the time I arrived in Australia, 2 months later, having recovered from my op, I was ready to get stuck in! Now for the small task of getting a job, hopefully in radio still. Not an easy task I tell ya, who moves countries looking for work in JANUARY? I know! So smart, but that’s another story.

Before getting paid work, I was welcomed with open arms by the local community radio stations there. If you have ever been to Melbourne, I am sure you will have seen the many bumper stickers on cars for Triple R and PBS Fm. There isn’t a person in the city, potentially Australia for music fans, who hasn’t heard of them. Community radio there is huge, and it feels like that, a community! The stations have been running since the 70’s. All the local bands cut their teeth with them, get airplay and support. Even those artists who go on to gain international recognition still go back and do sessions and many international artists touring the country swing by. It feels important, because it is. The stations are an integral part of Melbourne’s diverse music community dedicated to nurturing and championing the scene. As with many community stations they are not for profit and run largely by volunteers, including the presenters (or announcers as they call them there).

I’m not joking when I say one of the inspirations for me going to Australia in the first place was because of the music. I’m a big Tame Impala and Courtney Barnett fan and I’d recently grown fond of a band called Rolling Blackouts Coastal Fever. I can’t remember when I first heard them, but their single ‘French Press’ made me picture myself in a car, a long open road stretched out in front of me, the sun shining down; the jangly driving guitars still make me smile today. I used to listen to it lying in hospital wondering if I’d ever be able to dance again (sounds dramatic, but very true). I do remember working on Jo Whiley’s show the summer before leaving for Australia and hearing the track faintly playing in the distance; it turned out it was the band doing a sound check for Steve Lamacq. I didn’t catch them, but made a mental note to see them live one day. Imagine then my surprise when they were the first band I saw on the bill for PBS’ Drive Time sessions. I applied for a ticket and got to go along to watch, escaping the 30+ degree heat. Barely in the country, still a bit shell shocked to even be there to be honest, and there I was watching my favourite Melbourne band in their local radio station, for free! That’s Melbourne for you. I’ve linked the session below (I’m just behind the glass). Afterwards, I spoke to them, stood outside the Collingwood based studio (pictured below) in the stifling heat, which had become the new norm. I remember thinking how do you tell a band how much of a journey you feel like you’ve been on with their song? I decided against it and just said I was new to the city and enjoyed the set. After I had to leave Australia suddenly, our paths crossed again; I interviewed them at a festival in Lisbon for 6 music. As soon as I mentioned that I’d lived in Melbourne and saw them perform at PBS and how I’d gone on to be a presenter at Triple R, their faces lit up. We bonded over Melbourne’s ice cream, the best in the world (in my opinion, and yes I’ve been to Italy) made by a local gelato house called Pidapipo. We chatted about the thriving music community and how much it meant to artists before parting ways again, me returning to Manchester, them to Melbourne; a world apart but thankfully music doesn’t care.

Outside PBS Fm in Collingwood, Melbourne.

I’d like to share a small selection of some of the many Australian artists that I discovered whilst in Melbourne, making me fall in love with the city and it’s musical heart. Some, I am pleased to see, have filtered through to the UK, but, they’re still relatively new to these shores.

Honest, raw, emotional indie rock. Her debut album ‘Salt’ came out last year, the title reflecting the tears, cleansing and balance her songs reflect. Even before it’s release, I screamed Angie’s music at the top of my lungs many, many times! She has a unique, deep, rich voice with very relatable lyrics; who hasn’t just wanted to go to bed and not eat fried chicken? I never got to see Angie live or squeeze our interview in before I had to leave Australia, so I was ecstatic to see her perform at SXSW last year. She impressed and was awarded the Grulke prize for a developing non-US act at the festival following on with a phenomenally busy year touring the world, including supporting the Pixies. I was very grateful to her management and Angie for squeezing in an interview with me. I love how open she is, sensitive, talented and most importantly, real.

Mixing hip hop and jazz, I couldn’t believe I hadn’t heard about Billy Hoyle when I found this. He’s a Melbourne producer and DJ who bought turntables and a mixer after seeing Jazzy Jeff. I highly recommend this gem of a record, the stand out track being ‘About Love’ ft. Tom Scott & Cazeaux O.S.L.O.. His album ‘Bruxo’ is inspired by Hoyle’s deep love for Brazilian music after he found himself in a Rio basement, surrounded by vintage Brazilian records. It samples rich sounds from flutes, Fender Rhodes, guitar and melodica. Drums are provided by world-class Myele Manzanza. This is worth your time.

Want punk? Check out Cable Ties. Their new album ‘Far Enough’ has just been released. They said many of the songs were written when lead singer Jenny was feeling pretty hopeless, defeated and unsure of what she could possibly do to make the world a better place; “there’s no easy answers on this album but we do always try to find hope.” The fact it’s a challenging time to release a record hasn’t deterred them because as they say “this isn’t a fair weather album”. “It’s an album that is supposed to get you out of bed when you don’t feel like you can face it any more.” Sandcastles is the latest single, which I can guarantee will serve you well if you have some anger or energy to expel. If you need another reason to listen, Iggy Pop is a fan – you can’t argue with that.

Not long after arriving in Melbourne, I sent a demo to Triple R, one of the community radio stations I mentioned earlier, and was ridiculously excited to take over their graveyard shift (4 hours from 2am until 6am), playing whatever the hell I wanted to. It was my first time presenting a live radio show and I bloody loved it! When I got offered a specialist slot on a Friday night I jumped at the chance and got Gena in as my first guest! At the time she had just one single out, ‘Coming Down,’ a bluesy rock track I still play regularly. Influenced by Mazzy Star and Angel Olsen, Gena is a beautiful writer. If you’re going through heartbreak or just need some blissful sounds, this is for you. She was due to play SXSW this year, like many other artists, and I’m sure she’d appreciate any support you can give.

REMI and musical collaborator Sensible J make infectious hip hop. Releasing music through House of Beige records, a name I both love and I guess is intentionally ironic as the music is anything but beige! REMI continues to be at the top of the Australian hip hop sphere, frequently collaborating with other local artists including Melbourne based hip hop queen Sampa The Great. If you’re a 6 music listener you may have heard this track ‘Brain’, as I was delighted to see it make the playlist last year. Before that happened, I was more than happy to introduce Mary Anne Hobbs to the single 5.A.M. When we are eventually let out of our homes, I’d recommend cranking 2014’s ‘Sangria’ whilst preferably lounging in the sun with a jug (imagine). For now, you can just have a bop in your front room and check out the new feel good AA side ‘Get It Right’ feat. Jace Excel / ‘Elevate’. The album Fried is currently due to come out on 24th April.

Apart from Billy, I have spoken to all of the above artists on my show ‘The Flip Side’ which celebrates new alternative music from around the world with a soft spot for Australia. If you would like to hear the interviews or discover more music you can listen to episodes on Reform Radio here.