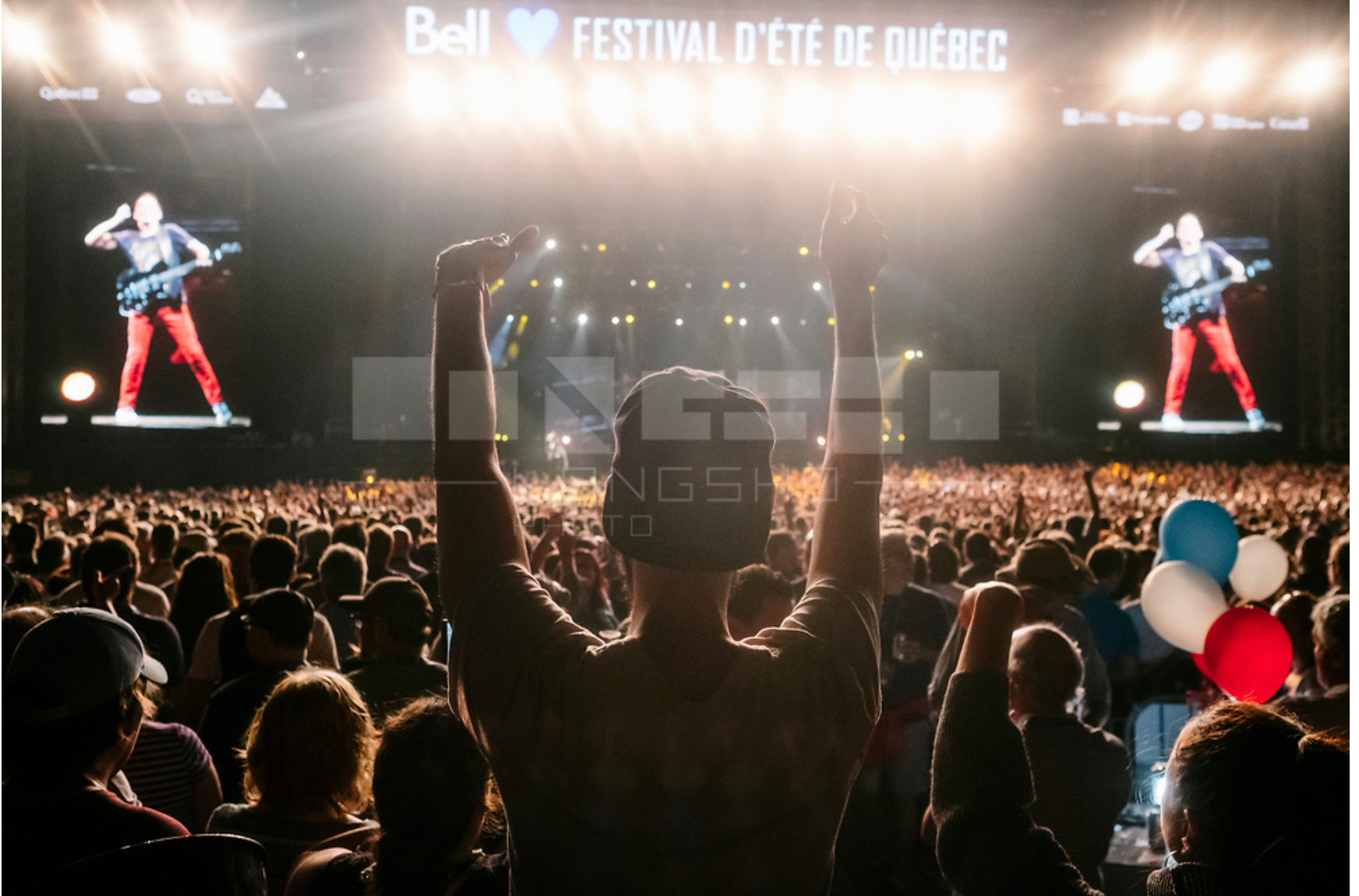 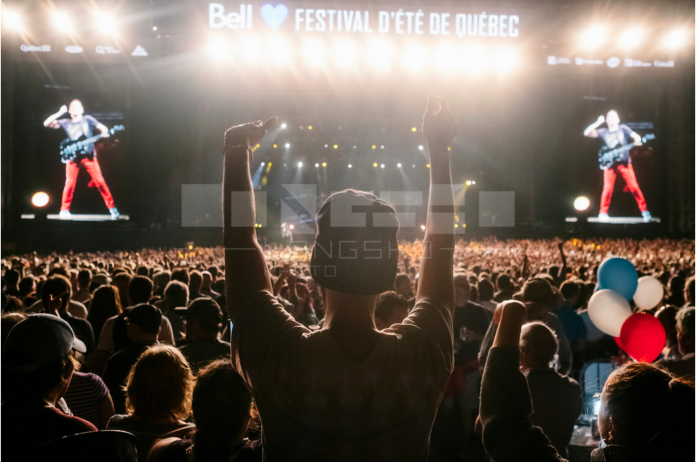 There they are in all their pomp and glory.

One of the best live bands in the world.

All the noise and drama and emotional rush that makes them slot so naturally into these big spaces.

It’s another stadium night for the band and another 100 000 capacity sell out at the Festival D’ete – one of the best festivals that I have ever been to. Even the basic stuff like the sound is well looked after here and the crystal clear clarity of the huge PA fills every nook and cranny of the huge stadium with its ice cold clarity.

For a band like Muse where control freakery and perfection are the key, this a real plus. I don’t mind those things in a bad way. You can trust a band that really cares about the details. That attention to detail is the core to what makes Muse so compulsive. Of course there are haters. There always is in art – it’s one of Isaac Newton’s basic principles ‘For every work of art, there is an equal and opposite reaction.’

Yet when you are in the middle of their musical hurricane it’s a staggering affair. Full of imagination and variety that stretches the music in all directions from huge anthems to neo gonzoid glam grooves to the kind of dark funk and off kilter rock that the likes of Bauhaus were playing with and could have made stadium before imploding decades ago.

Tonight is one of the biggest British bands in the world at the top of their game.

Ever since the Black Holes and Reservations album, which is personal fave, the band have been getting bigger and bigger. Their post Black Hole releases were number ones all over the world and that combination of the spectacular grandiosity of Queen and Led Zep at their rock’s high water mark moment and the lurking shadows of post punk as well as the possibility of post punk and proto goth are just some of the pillars of their monumental rush.

They may toy with this past but they are very much in the future. This is 21st century rock and free of the baggage of the past and pro that the fast forward of guitar culture is still with us.

Not that this just another rock band, of course the guitar is central to the mix and Matt Bellamy can really pay with the best of them and it is his control of the electricity that is so key – he leerily coaxes stunning squelches and drones from his six string like Hendrix did was back in 1967 and it’s this fluid guitar brilliance that is so thrilling and when it allied to Matt’s high voice it gives the songs an emotional intensity as they aim at the high decibel heaven with the powerful rhythm section holding them down.

It’s not all rock with a 21st century twist – there are moments when they tap into the esoteric and quite brilliant electro-sound culture of the Aphex Twin and his barrage of home made keyboards and that used to fill his creaking London bedsit when your author used to interview him back in his early days.

The atmosphere in here tonight is almost histrionic and that is on and off stage. The band have constructed one of those perfect sets full of peaks and troughs. Bellamy and his fellow droogs are an audacious talent and a full exploration of the possibilities of the three piece and have constructed a stadium show to showcase this. There are all the tricks of the big gestures and small details, the explosive light show, the small personal touches that make these behemoth shows work and whilst they often get compared to Radiohead but their muse (ahem) is channeled in a very different way.

Post gig the audience look drained in the best possible ways. This really was an audio/visual rush and as they leave the warm Quebec air hangs around that high decibel post coital warmth like a moist blanket.