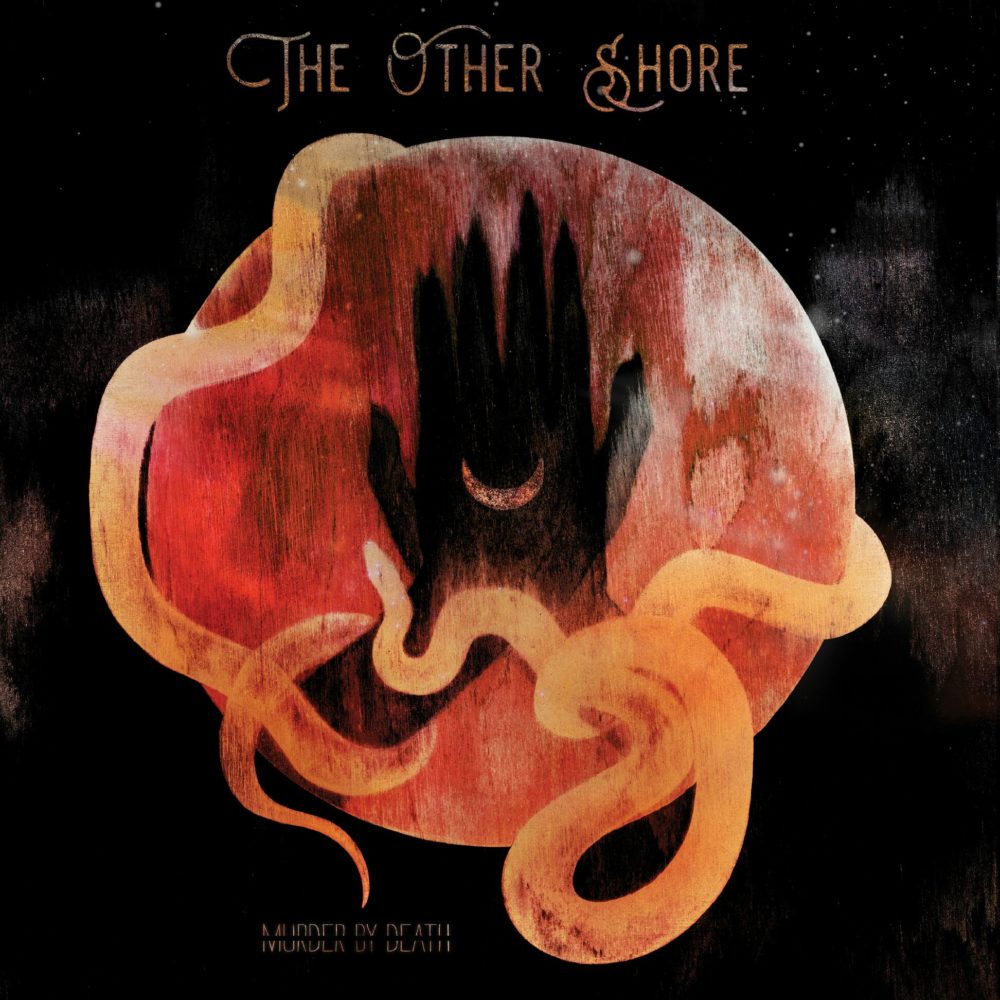 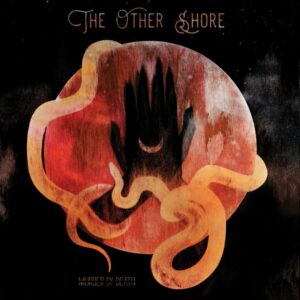 Murder by Death take us on a journey to the Other Shore, Louder Than War reviews.

The premise behind Louisville, KY-based quintet Murder By Death’s eighth album is a space-western about a dying earth and the choices facing the fleeing populace, and one relationship in particular which is the smaller focus played out against the wider backdrop of the universe. What Murder By Death address within the 11 song journey is the question: Stick with what you have, or risk it all to find something new.

There has been a move in recent times back towards the album as a collection of themed songs rather than as a collection of disparate songs for punters to download their favourites from. Maybe the vinyl renaissance has something to do with this, with music enthusiasts actually taking the time to sit down and listen to a whole album, rather than just looking for the latest cool tune to have as their ringtone. Of course, this doesn’t mean that every album with a theme is worth listening to, but in the case of Murder By Death, they have created an album that really does pay to sit down to and listen straight through from track 1 to 11, whilst pulling off the neat trick of individual tracks standing up in their own right.

These are songs of a restless traveller making difficult decisions against a backdrop of an apocalyptic wasteland; to leave behind a love and search for something new, something potentially better. It’s a search that spans the universe but always remains anchored to a reality; many of the songs sounding like stories told around a lone campfire in a harsh environment. The vocals are high in the mix. The baritone voice of singer Adam Turla sounds imbued with weariness but tinged with hope – a traveller only too self aware of his own limitations but willing to push himself to a distant dream.

The album opens with Alas; a mournful folk tune and a lament for a leaving lover. It’s the moment of decision when “I need to stay/Alas I must go.” There is painful self-awareness in the lines that he can’t make it work and a beautiful image of him leaving something for her, buried in the dirt, to prove that he does love her. The accordion of David Fountain and the cello of Sarah Balliet add a melancholy majesty to the track. The lines “Alas I must go” are repeated over and over at the end as though the moment to actually leave is postponed for as long as possible.

Chasing Ghosts starts with building tension before becoming an easy singing style with a finger picking guitar. It’s about a person at the end of their tether, stretched to the limit and needing to change. It’s perfectly pitched. There is a hint of 50s surf garage rockabilly beat tinged with the gothic on True Dark, where the only light to be seen is the light of a city on fire. It’s a great dark rock track.

Stone is another self-awareness lament for the man who knows he should bend like a willow tree but is always stone. It has a mariachi beat to it with a wonderful trumpet solo that wrenches at the heart. Travellin’ Far sees our hero suddenly beset by doubts as he feels lost and alone in the middle of a universe that doesn’t give a shit about him. Was it a mistake to leave? This leads into Only Time which opens with a piano and a double bass before the violin and drums kick in to create a grandiose and sombrely poignant soundscape to the traveller’s moment of revelation that this is his time, his chance, and he has time to make it right, time to just travel. As a counterpoint to this, Space has a rhythm like the ticking of a clock as he stares out into space, into the blackness and begins to see the void as a living, breathing thing.

There is a more optimistic beat on Bloom, as the journey nears its conclusion, with a theme of coming out of darkness and into hope. Our hero feels he is just waiting to bloom, to explode into colours after the darkness of space. There is an increased urgency now after the long days of travel, yearning, and doubts. The next track, I Have Arrived, is a culmination of those days, of that hope, of that longing to finally step outside the craft and see the new place, see the world that he left everything behind for. It is almost a love song, with the anticipation and thrill of meeting a lover represented by the new world.

Last Night On Earth is 5 years after Bowie’s Five Years. Like Bowie’s Five Years it’s a beautiful, harrowing, and moving apocalyptic vision. It has an epic feel as the witness to the end of the world laments how he saw people pray, saw people fight. Saw skyscrapers fall and children lost in the rubble never to be found. Saw husbands cradle their wives. And the world begins to end whilst charlatans sold water to the drowned and the lost instructed the found. It was the last page of the book and there was just a spark to catch his eye and he knew he was on borrowed time. There is a big build up at finish with the trumpet sounding like the last post and the cello counting time and slowing down to the end of the clock, the time slipping away…

It’s a great ending to the album which is grandiose and epic in feel whilst always keeping an eye on the minutia of relationships and emotions. This is a band who have the balls to be dramatic and poignant; a band confident in its abilities.

The journey to the Other Shore is one well worth taking.