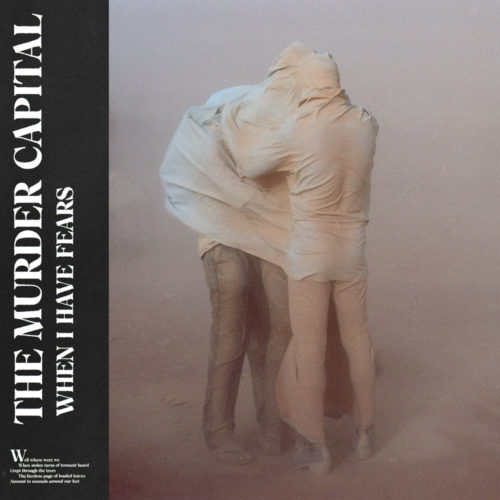 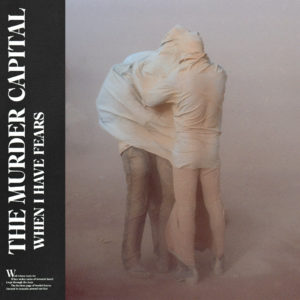 The Murder Capital – When I Have Fears (Human Season Records)

Out on the 16th of August

Dublin’s The Murder Capital release a remarkable piece of art in their debut When I Have Fears. Baring souls and opening hearts on an album reflecting the dark and light through a combination of ferocious cacophony and understated tenderness, creating a soundtrack to lyrics displaying raw emotions, personal and heartfelt honesty.

The opening of When I Have Fears is a sombre affair. For Everything has a stark opening, sounding like a mournful shipyard siren. Fear not though, for all that austere, the song builds layering threatening buzzsaw guitars and sinister pounding drums, the track rising and falling displaying almost a microcosm of the whole album on one track. Set yourself up for an emotional ride.

Inevitably, The Murder Capital have been lumped in with a scene that includes IDLES and Fontaines DC., Most will already be familiar with the single Green and Blue. Taking nothing away from the raw edge of these worthy aforementioned contemporaries, this song is just one example of how The Murder Capital are a far more complex beast, displaying far more subtlety, light and shade and shifting the mood and tone often within the space of one song

This is a theme explored to great effect within individual tracks throughout, moments of quiet reflective sensitivity giving way to dense crashing walls of dissonant noise. More is Less is one of those tracks, thrashing intense choruses giving way to thoughtful verses. “That’s what you said to me, I’m an anomaly” sings McGovern. The band’s music is not so much an anomaly as a carefully considered study in balance and equilibrium.

Less is also more. For all the harsh brutality there is always a resetting of the equilibrium, a beautiful openness and gentleness on several tracks. On Twisted Ground is a case in point, a track of great beauty subdued compassion at one point almost threatening to build but pulling back at the last minute and retaining that understated beauty. Perhaps, one of the most powerful tracks on the album as a result.  A certain pained subtlety and beauty is captured again on the almost mumbled/whispered piano ballad How the Streets Adore Me Now.

Slowdance I is another study in exquisite tenderness while its partner Slowdance II takes the lead and builds it to a sonorous peak before ending with mournful cello, while Feeling Fades takes the light and shade to another level this pounding brooding track building to a cacophonous ending, This is a band that can do both raw edgy visceral noise and emotional beauty equally .There is also a certain liberating element to the music, songs like Don’t Cling to Life, while having an obvious poignancy to the lyrics,  the music manages to turn the emotion on its head, ultimately creating a strangely uplifting celebration of life

Love Love Love leaves you to brood on your own individual helplessness but envelops you in warmth and passion in doing so, fading and revisiting the initial austerity of For Everything before finally petering out.

Can The Murder Capital capture on record the widely praised raw passion and vital energy raved about in their live shows? The answer is a resounding yes. There should be no fear, the world is theirs for the taking.