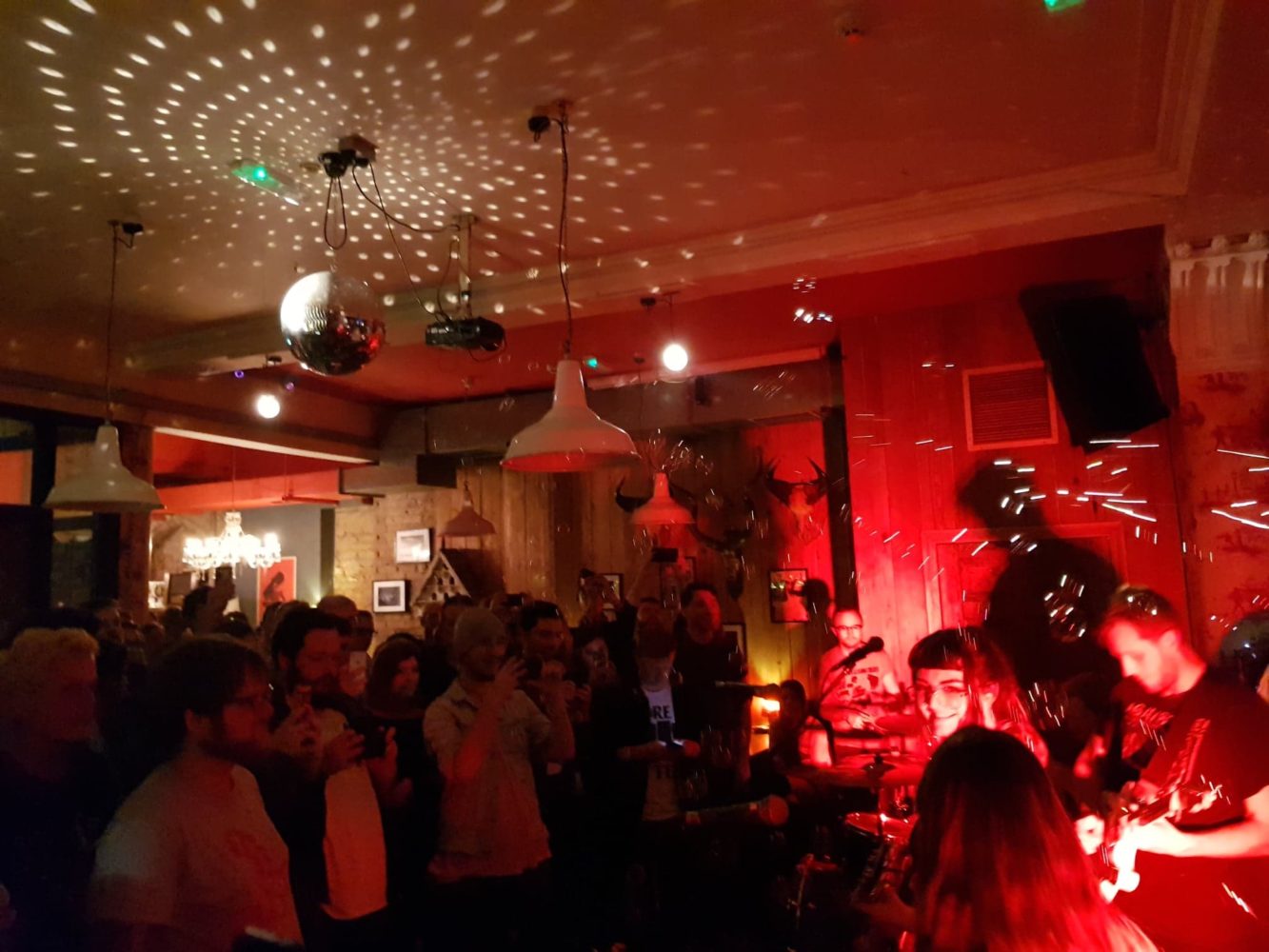 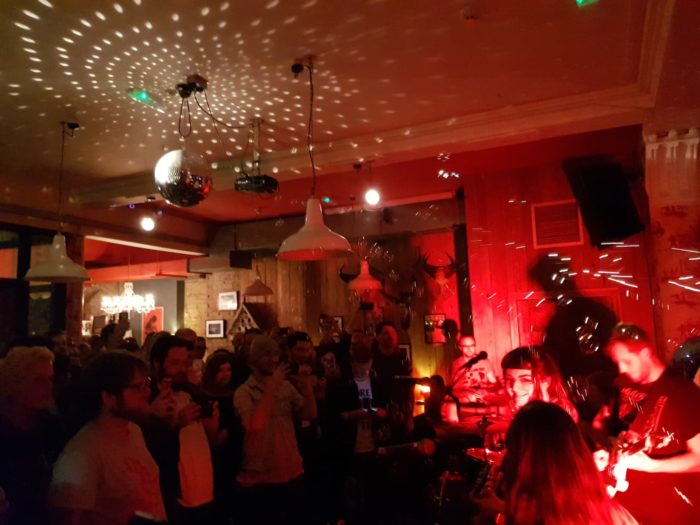 Exeter’s indie punk’s Muncie Girls kick off their tour with an intimate show at Manchester’s iconic Deaf Institute. Louder Than War’s Dave Beech was there.

Anyone familiar with Manchester’s iconic Deaf Institute, either as a venue or just a bar, will probably be aware that the building’s second floor is where its shows take place. An old theatre with limited seating and a large disco ball, it’s one of the city’s most characterful venues, and any show there is usually worth going just to see the venue in itself.

For that reason, arriving tonight ahead of the first night of Muncie Girl’s tour, and being ushered in to the downstairs bar area is something of a pleasant surprise. Bathed in a warm orange light, with nothing in the way of a stage, it’s immediately clear that we’re in for something special.

That’s something backed up when Australian duo The Hard Aches quickly make their appearance. Coming across somewhere between The Smith Street Band and The Menzingers, the pair make a racket that’s impossible not to get involved with. That is, of course, as long as getting involved is a nodding of the head or tapping of the feet. With such intimate surroundings, and such a genuinely nice, respectful crowd, it’s hard to imagine anything further than the good nature banter that occurs between tracks.

“Aussie, Aussie Aussie”, someone shouts from the crowd. “No-one does that, mate” is the band’s quick retort. Even when Muncie Girls singer Lande Hekt rushes from the back of the room with a guitar to join the band for a heavy number that feels more like Slowdive or Lush than anything we’ve heard previously, does the crowd get any rowdier than thunderous applause. It’s a welcome change from some of the city’s less intimate surroundings.

Kicking things off with ‘Locked Up’ from their recently released Fixed Ideals, Exeter’s Muncie Girls grab their audience instantly. A last minute cigarette before the band went on ‘forcing’ me to stand what is essentially the side of the stage (who says smoking doesn’t have benefits?), it’s clear that every person in the packed room was hooked from the opening chords.

Rattling through pretty much the entirety of the new album as well as a couple from From Caplan to Belsize, their debut, in a little over an hour, it’s a short but sweet set, one complimented through the genuine joy and love the band seem to have for playing and for their audience.

It’s a feeling clearly reciprocated, with tracks such as ‘Jeremy’, ‘High’ and ‘Picture of Health’ all receiving a rapturous response, despite the album being released a little over a month ago. In what is a testament to the raw resonance of Hekt’s lyricism, there’s a certain devotion that already seems established within the band’s audience, who hang on to their every word between songs and barely utter a word throughout them.

It’s the perfect atmosphere for what proves to be easily one of the most memorable shows of the year. Not only have Muncie Girls managed to release what’s arguably the strongest record of the year, but they’ve also cemented themselves as one of the most enjoyable live bands as well. Come back soon.