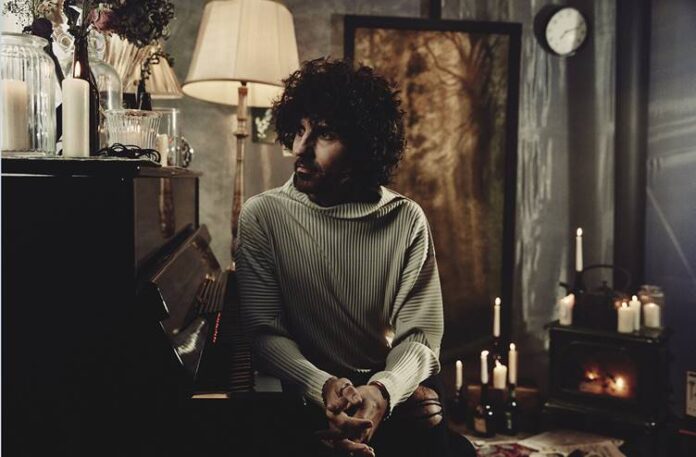 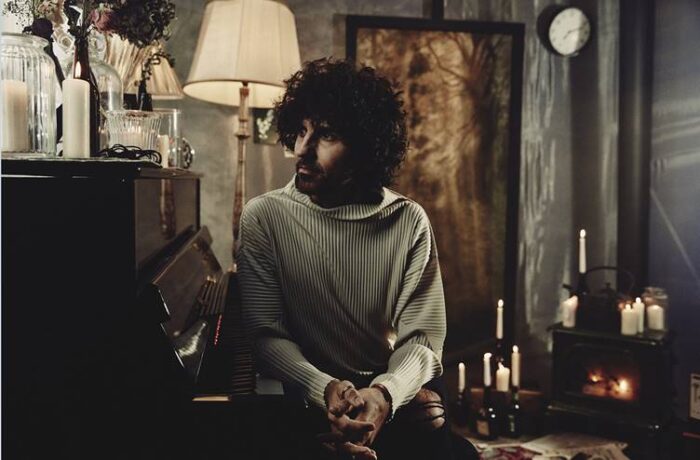 Classically trained pianist Stephan Moccio has picked up multiple Grammy nominations for his work with artists as diverse as Celine Dion and Miley Cyrus, but he has returned to basics for his new solo album Tales of Solace

Instead of working with orchestras in high end studios he retreated to his home studio in LA to record a series of solo piano pieces like Fractured that are deeply personal, or on Freddie’s Theme pay tribute to his inspirations like Freddie Mercury.

Despite being part of teams that have sold millions of records he says the highlight of his career was when this proud Canadian got invited to write I Believe as the theme tune for the 2010 Winter Olympics held in Vancouver.

“A lot of people are razzle and dazzled by the famous people I work with, but I would say my biggest highlight was the Olympic theme, and the second biggest was the Academy Awards,” notes Stephan as he sits at the piano in his studio.”

“Canada won the most medals that year, we were hosting it, and we are obsessed with hockey and skiing. We are a winter country, and that song become weaved into our national history, so for the rest of my life people will know that theme.”

“It took almost two years of as I wrote 257 variations for the TV broadcasts In Canada, so it was a really big chunk of my life. but it was like winning the lottery to do that theme.”

Moccio has also worked closely with Canada’s most successful musical export Celine Dion, and in 2001 created the melody that would become A New Day Has Come. That record smashed records as it spent an astonishing 21 weeks on top of the US Billboard charts as Moccio cleverly toned down Dion’s massive vocals.

“I spend a lot of time researching keys when I do songs, so I did it in every key until I find that sweet spot,” notes Moccio as he recalls how he built the song up from a simple melody.

“We approached that song as a lullaby to her son and she wasn’t belting it out in typical Celine fashion. Since that moment I have produced a handful of songs that have that whispery tone as to be great you don’t have to be loud all the time. You can be the most powerful pop singer in the world, and Celine can also be the most tender as well.”

And if that level of success wasn’t enough Moccio was a key part of the team that wrote Wrecking Ball for Miley Cyrus as she made the tricky transition from Disney teen actor to global superstar.

“That was a whole new level of insanity because of the video on top of that. We started with off Sacha Skarbek, who’s a wonderful writer from London, and we met one day in a room in LA with another songwriter Mozella. We didn’t know each other until we met, and boom that song happened

“We were told to write it for Beyoncé, but at the end of the session we thought it might be more of a Miley song. Mozella said boys, I’m seeing Miley in a couple of weeks, and do you mind if I give her the song? We were, well, like sure, and the rest is history.”

There is something slightly surreal about watching one of the world’s most successful songwriters casually turn to his piano and pick out the delicate melody that is the basis for what then became a massive banger in the studio.

“It’s a classical piece of music in a lot of ways and it’s a tender piece of piano music. In the video Miley did with Terry it was provocative and shocking at the time as she was swinging on a Wrecking Ball basically naked”

Continuing with the Canadian theme Moccio teamed up with The Weeknd to write Earned It as the lead single from the soundtrack to Fifty Shades of Grey. As well as being The Weeknd’s first top five US hit it earned them an Oscar nomination in 2016.

“It is one of the greatest honours to be recognised by that Academy, and then a bit of luck and timing come into play,” notes Moccia modestly. “First of all you have to be at top of your game to be nominated, so 51% has to be talent, but a lot of it is the song has to be in a movie that is heard, the song is placed in the movie at the right time and it is the right length. There are a lot of regulations and boxes you have to check.”

They didn’t win, but as well as joining the roll call of great tunesmiths who have nominated for the holy grail of songwriting all five nominees perform their song as part of the live show, which must have been a great honour as well as scary and exhilarating,

“It is all those things. You are on stage performing for anything from one to two billion people worldwide. You have an orchestra below you, and you have all these people you have watched in films your entire life filling the entire auditorium, which looks much bigger on camera.”

“So even when you go outside during a commercial break, or using the restroom, there is a feeling at the Oscars that everyone understands what a privilege it is be in that room at that moment.”

Tales of Solace is out now on Decca Records.