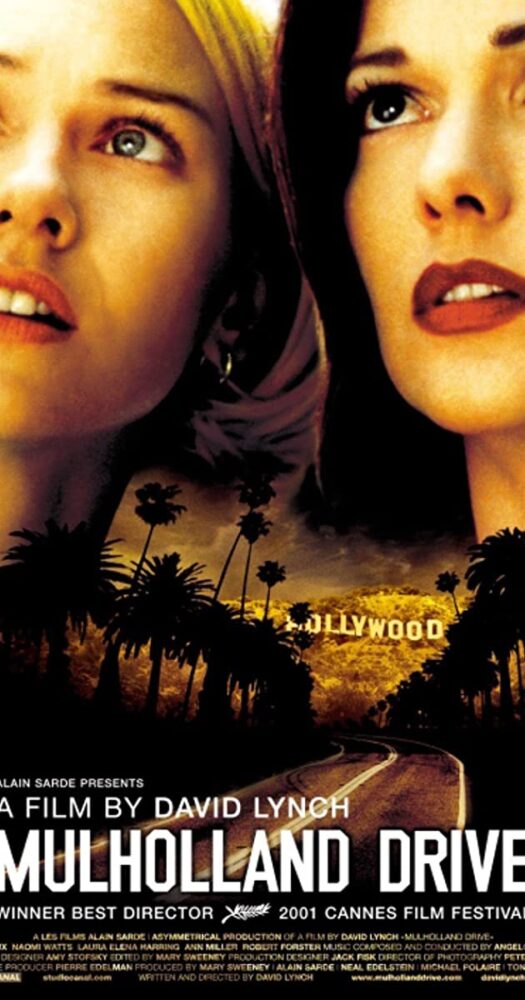 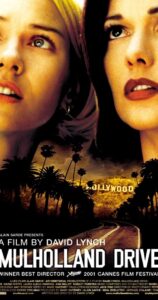 It’s been 20 years since Mulholland Drive, David Lynch’s almost manipulatively mind-bending neo-noir, first debuted at Cannes. Amy Britton reflects on the film that entranced her as a teenager.

Don’t worry – by looking at its impact two decades down the line I can assure you I’m not going to try and explain it, or offer answers to the obtuse questions the plot twists raise.

One of the other great directors, Luis Bunuel, once claimed that “mystery is the essential element to every work of art,” and no other director has encapsulated that more than Lynch and his famous unwillingness to discuss his own work.

It opens with a glaring, eye-catching juxtaposition. The first scene is a cheery slice of retro colour; people dancing against the purple backdrop, among them aspiring actress Betty, played by Naomi Watts, smiling with camera-ready polish. It could lifted straight from a classic teeny-bopper musical from another time. But immediately from that, we cut to the darkened road cast out from a long lens camera giving the viewer a passenger feel; Angelo Badalamenti’s haunting score drawing in, and the panic and uncertainty in lost soul Rita’s eyes from the backseat.

The “false sense of security” cutting together with something darker is reminiscent of Lynch’s earlier work, Blue Velvet, where white picket fences and Bobby Vinton’s croon overlap with the grisly find of the severed human ear that leads into a darker underworld. But that’s just the beginning. There are so many other elements where recurring themes and motifs of Lynch’s are used to perhaps the most impressive effect of his entire career.

One of the most discussed scenes is the astonishing and now classic “Club Silencio” scene. Almost in the Shakesperean-style dumb show tradition, the stage is a frequent theme in Lynch’s work. Sometimes it’s in a traditional sense, such as the nightclub performances in Blue Velvet or the moving scene in The Elephant Man, in which the protagonist witnesses live theatre. In others such as Eraserhead, in which “The Lady In The Radiator” turns ovaries into a kind of performance space, it is much more surreal.

Club Silencio in Mulholland Drive blends the two – it at first appears to be a conventional theatre, but clearly not all is as it seems. As we are told: “It is all an illusion,” with the fainting opera singer (Rebekah Del Rio performing Roy Orbison’s Crying, in Spanish), whose vocals continue when she is removed from the stage. Much has been made of what Club Silencio represents. Is it film itself, as an illusion? Good and evil and the curtain pulled back on our true selves? Or is its simply a hauntingly beautiful sensory spectacle?

The visit to Club Silencio occurs as a post-coital act, which further deepens its impact to me as a viewer. Too often, sex scenes which feature the removal of a man – lesbianism and female masturbation – can actually feel like they have been created for their titillation. And that is so the case in how they BOTH are depicted in Mulholland Drive – yes they are deeply sensual, particularly the early-hours sex scene, but you’re with the protagonists rather than gazing down on them. The scenes have huge emotional weight. Watching for the first time, aged 14 (on a rental from Blockbuster, for anyone wanting a nostalgic period reference!) the impact of this on me at the time cannot be underestimated.

The neo-noir stylings and the score somehow pull subconsciousness out onto the screen – like that dream you can half-remember but you know left you waking up feeling something, Mulholland Drive can stay with you without really being fully understood. A quick internet search might yield many a speculative “Mulholland Drive explained” article but I’m not sure I really want it to be.

The one certainty is that 20 years on, those watching for the first time are to be envied as they enter a true turn-of-the-century cinematic journey.

All words by Amy Britton. Read more on her archive: https://louderthanwar.com/author/amy-britton