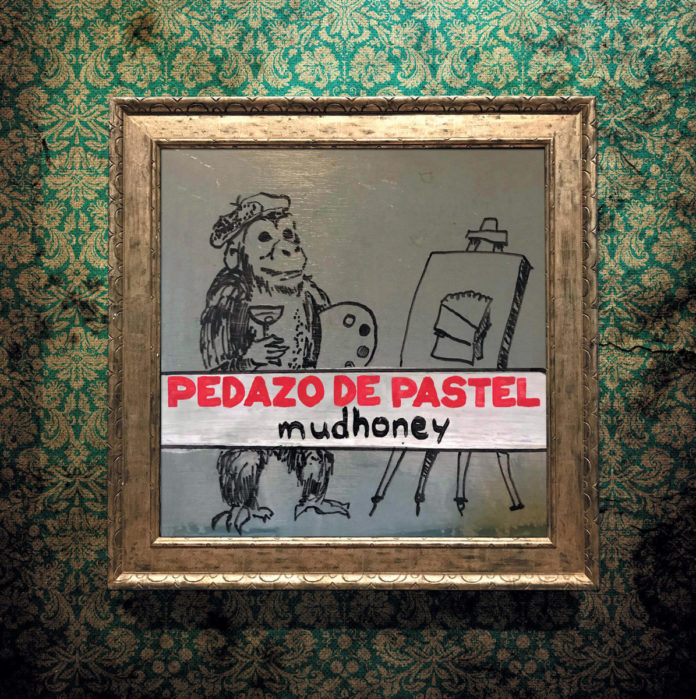 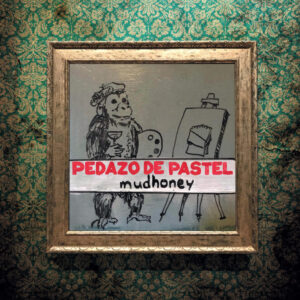 Grunge godfathers drop a surprise mini-album release on Spain’s FOLC Records, comprised of demos from their 1992 Piece Of Cake album and one unreleased track.

In 1992, the godfathers of grunge Mudhoney had been snapped up by a major and put out their third album, Piece Of Cake. Punkier and somewhat denser sounding than their Sub Pop outpùt, the band dove headlong into the more garage rock sounds that appealed to them. The production still came out as a no-frills DIY job, but 27 years later the band, or at least drummer Dan Peters, have opined that the recording did not truly reflect the energy and spirit with which they were playing at the time. And so now, on Spain’s FOLC records, we have the delight of the mini-album Pedazo de Pastel – six demos that would go on to appear on Piece Of Cake, and one, until now, unreleased Mudhoney track.

It opens with Ritzville and what is clear from the start is that these recordings brim with a new level of fervour, the guitar, and of course that unmistakable Mudhoney fuzz, pushed to the fore. As a result, Mark Arm forces himself to be heard over the top, creating, on the whole, a sound that is altogether more intense, and we’re not talking about a band that were ever really wanting in the intensity stakes. The lesser production, at the hands of a pair of high school friends in their home studio, means that on songs like Take Me There the vocals come through even more so than on the original recording, where they were somewhat buried within the mix. Thus the recordings reflect much more the live experience of the band.

Of course, listening to the songs in demo form means that some of the songs’ signatures are missed, which is natural after close to three decades of listening to the original album. An example is the hypnotic effect of the double-tracked vocal line on 13th Floor Opening. Stripped back to one vocal, the effect is lost, but once again made up for in the added power and drive behind the recording. “New” track, Knock It On The Head is a mean country-grunge attack, laden with tremolo. Taken along with the other tracks that appeared on Piece Of Cake, it’s clear why the song was left off the original release, but here on this stripped-back mini-album, it fits perfectly.

Pedazo De Pastel is a must for all Mudhoney fans. It truly shows the band at the point of shifting from their independent label past to major success while maintaining the scuzzy charm that enamored so many and kickstarted a musical movement. As Peters has stated, “The energy and the vibe of these recordings reflect how we wish the final Piece Of Cake would have sounded. Hope you enjoy this archaeological dig through our past.” Enjoy it you will!

Listen to Pedazo De Pastel below: