Home Music Reviews Album Reviews Muck And The Mires: Take Me Back To Planet Earth – EP... 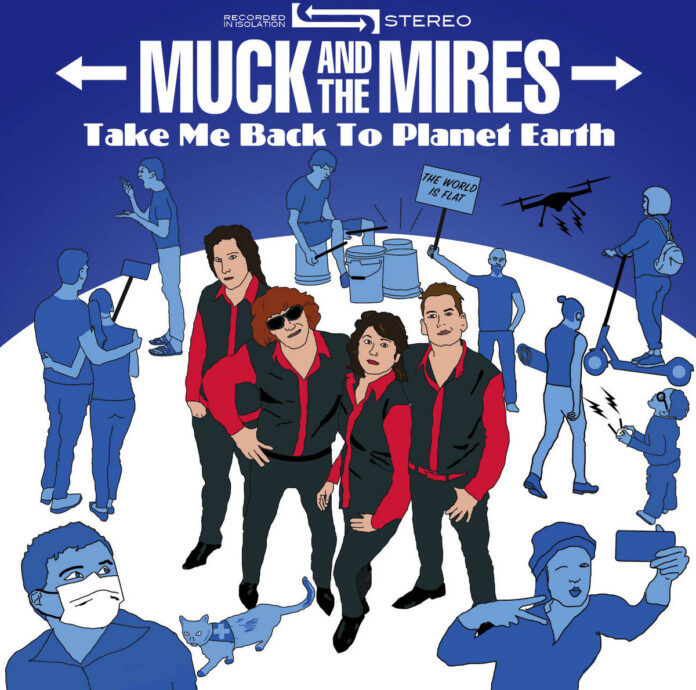 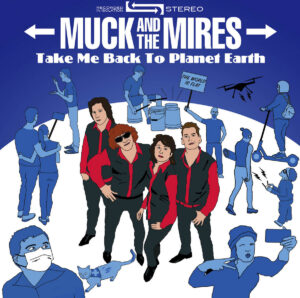 TAKE ME BACK TO PLANET EARTH

Boston’s garage rock ambassadors, Muck And The Mires, return once again with a new EP that takes its cues from the current global situation and the desire to return to what we once knew.

Boston garage quartet, Muck And The Mires, are no strangers to us here at Louder Than War. Their blend of Hamburg-era Beatles wound up energy filtered by way of early Ramones last grabbed us on their Muckus Maximus EP, and now they’ve returned with another cracking dose of what they do best, once again on the wonderful Rum Bar Records.

With the global pandemic, it’s become almost cliched for bands to reference it in their current work. Press releases come through talking of “eerily prophetic songs” being penned before we knew what was happening, songs about the need to overthrow Capitalism and instill a new world order that benefits one and all. Grand ideas indeed. Muck And The Mires don’t need to go down such haughty and lofty roads, but rather take the idea down to the personal level. That’s how we end up with the grooving powerpop jangle of songs like Zoom Breakup – a tongue in cheek observation of lovers breaking down on lockdown. “Why delay? just point and click…Don’t waste your time on long goodbyes.” Behind the lyrics though, whether intentional or not, is the idea of technology pervading our lives and removing the personal connection, which is what the band are getting at across the idea of the EP.

“What happened to the world I knew?” The line that starts the whole thing off on title track, Take Me Back To Planet Earth, sums it up. There’s a raging desire to return to what we once had, the people, the nights, the clubs, families, friends. They wrap up the message in their signature grooves that will no doubt have our favourite venues bouncing when we can finally fill them once again.

Six o’Clock Baby and Hey Sunshine see them harking right back to the early 60s British Invasion sound, twanging 12 strings and great harmonies all checked off perfectly. She Blocked My Number takes that and shifts it up a gear into the driving rock ‘n’ roll that came out of so many American garages in the 60s, full of teenagers taking what they had seen on American Bandstand and putting their own twist on it.

As ever, Muck And The Mires have taken the best of their clear influences and distilled them down into an EP full of grooving rock ‘n’ roll. They never disappoint and it’s always great to have them back.