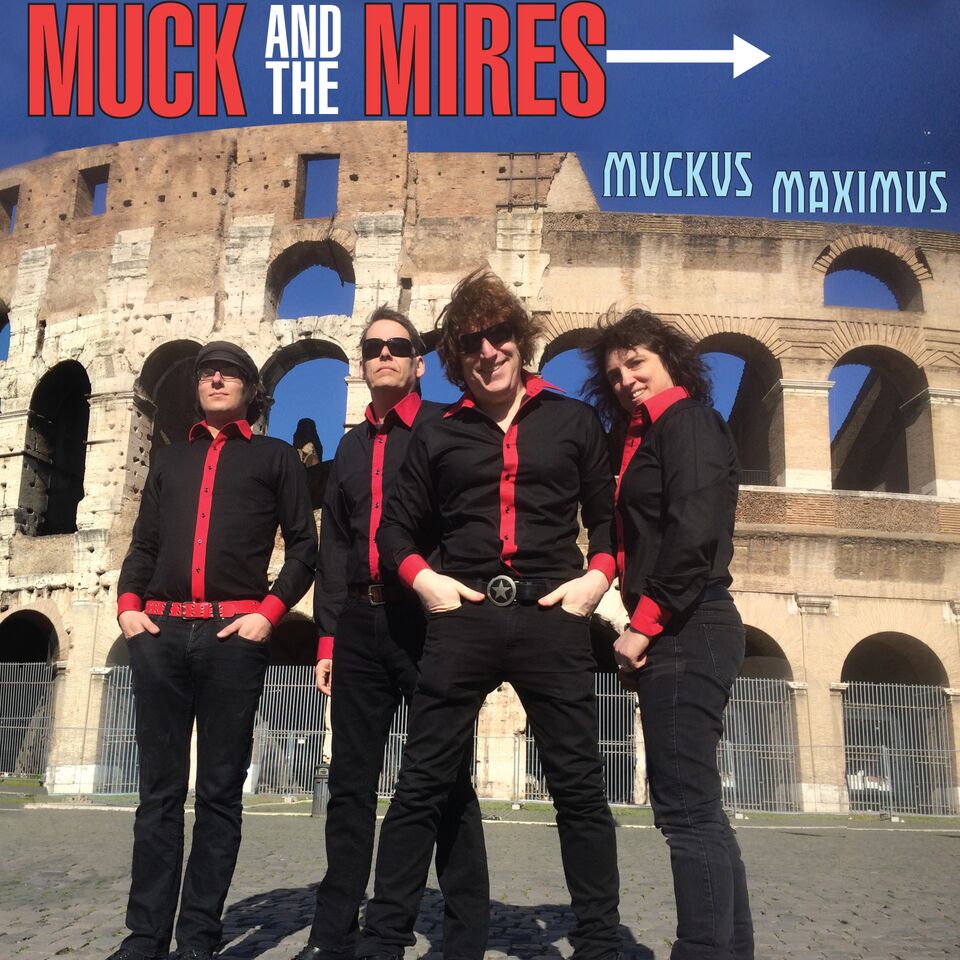 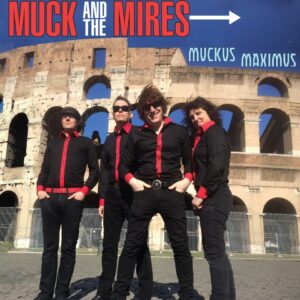 Boston’s finest purveyors of beat rock ‘n’ roll return with a 4-track EP on Rum Bar Records and whet the appetite for a possible new full-length LP.  For now Muckus Maximus will tie us over nicely indeed!

It’s been said before about this Boston gang, but it’s worth repeating as never has it sounded truer. Take the Hamburg Beatles and transport them forward in time to catch an early Ramones’ show at CBGBs and the final result – Muck And The Mires! Time and time again they nail that grooving beat sound of the British Invasion of the early 60s and inject a high-octane dose of garage rock ‘n’ roll to send their rhythms flailing through your body and down to your feet. On Muckus Maximus, their new EP, they hammer home the point one more time. If it ain’t broke, don’t fix it, and everything this quartet do shows that they really are operating at the top of their game.

First track, Break It All, harks straight back to The Fab Four’s I Saw Her Standing There, jiving along on rolling beats with keys changes and harmonies that hook to the infectious groove. As the opening of this EP it fits perfectly in the style of their previous LPs. They follow this up with Good Enough which shows a slight branching out from their previous niche. As is becoming more popular again these days, they drench the song is powerpop shining melodies and choruses. The guitar chugs along, propped up from beneath by a bright acoustic sound. They slowly press the song forward in a final surge that rings out clearly before the more psych-garage #Loneliness comes driving in. More akin to garage revivalists like The Cynics and the 60s Nuggets sound, the song is powered by a hypnotic fuzz riff that ramps up the rock in Muck And The Mires’ roll. It’s a fantastic addition to their usual style, one that teems with more urgency, and increases the anticipation of a new full LP. They round off proceedings with Too Soon To Fall In Love which takes them back round full circle to that Cavern Club sound. The vocals are dripping in the sweeter side of rock ‘n’ roll and the whole song is packaged in a swinging 60s pop rhythm.

In just four songs Muck And The Mires show us exactly why they captivate all those that delve into their records and why they are constantly promoted by such rock ‘n’ roll royalty as Little Steven Van Zandt. It’s nostalgic, harking back to a more innocent time for rock ‘n’ roll, yet at the same time always fresh and full of renewed energy. If you’ve yet to taste what Muck And The Mires have to offer, Muckus Maximus is a great place to start…and then go back and check out the rest. You will not be disappointed!

Watch the promo video for Muckus Maximus below, featuring cuts from all four tracks on the EP