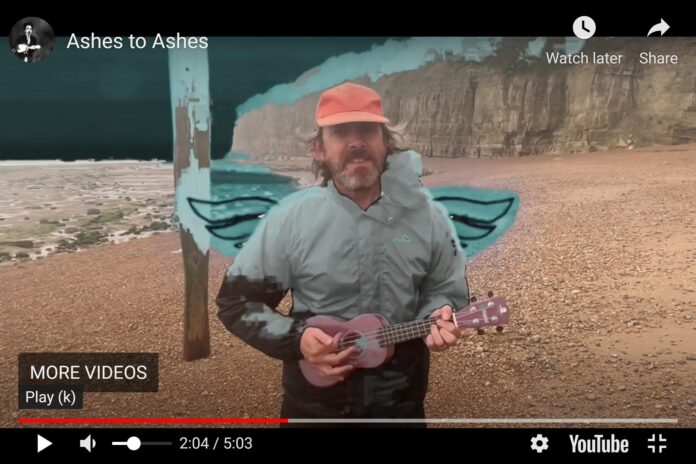 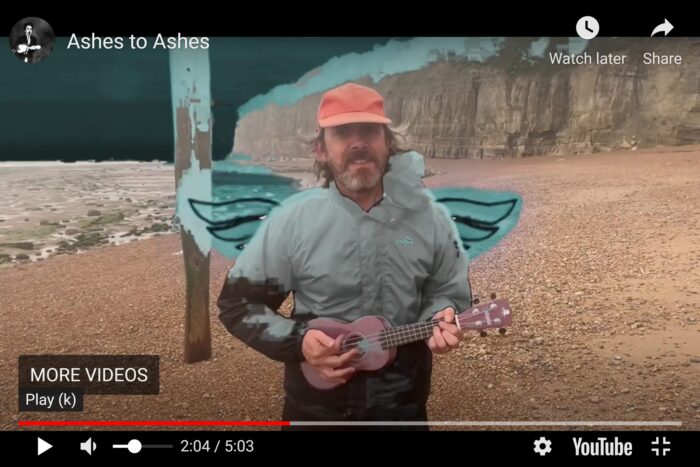 Mr Mikey – formerly known as Mr Solo and The Vessel singer with David Devant & His Spirit Wife covers the Bowie classic on his brand new solo album ‘Simply the Best’.  We think it’s a great interpretation.  After listening to a few others though, we ask the question:  Should recklessly covering David Bowie songs be made a crime?  (Like treason, blasphemy, a hate-crime?)

Yes, I think it should.  But there is always the exception which proves the rule, like Mikey’s – a cover with some thought and idiosyncratic style to it.

Bowie cover versions can be problematic. There aren’t a lot of really good ones. It’s hard to replicate or adapt Bowies style and alien intensity or reinterpret his artful lyricism. There was, and always will be just one Bowie.

The only truly great Bowie Cover, it is pretty much universally agreed,  is Nirvana’s Man Who Sold The World from the MTV Unplugged set.  I asked my friends on Facebook if there were any others:

the Bauhaus version of Ziggy is well loved by people of a certain age but in the words of Marc Burrows ‘adds nothing to the original’.

The Associates Boys Keep Swinging is popular with some people and there various covers of Heroes are mentioned: Nico, Blondie, Depeche Mode, Goodbye Mr MacKenzie and Motorhead have all performed the song and made it there own.

There are some reasonable covers of Ashes to Ashes – Sneaker Pimps, a note-perfect but characterless Tears For Fears, and a strange arty Mick Karn one.  But there are a couple of absolute stinkers!  Stand up and be counted Wayne Hussey and Michael Stipe. (you can search YouTube, I’m not handing you these on a plate)

Matthew Karas (formerly of the Fallen Leaves) a wise man, said this:

I think that Bowie is a recording artist, more than a songwriter. The arrangements and performances are so much part of the song.  They aren’t the sort of songs that could be interpreted by Dionne Warwick or Frank Sinatra – just like there aren’t great covers of Good Vibrations. Similarly, it’s easier to see why “With A Little Help From My Friends” is easier to cover than “A Day In The Life”.

Mikey had this to say when I mentioned the format of this piece, apropos his cover.

When I tried the cover it was because I suddenly thought I wonder if there is a normal song in there. I was amazed by what i found under all  the stylings. It’s much more songy than I’d imagined. You can still hear the “there is a happy land” Bowie in there. My favourite period.  The covers I’ve heard seem to focus on the stylings which I’d never dream of attempting.

The video was made on a windy day by his mum.  He explains thus:

When synchronicity called we stepped through the threshold. After a postcode mix up we finally arrived at our holiday cottage with my mum and dad.

Slumped on the sofa I thought I’d read the welcome information. I discovered to my astonishment that the video for Ashes to Ashes was filmed right outside our garden gate on Pett Level beach.

With the song’s refrain of “my mother said to get things done” ringing in our ears my mum and I headed into the squally showers to film our epic homage, using a version I had recently recorded for the soon to be released Mr Mikey LP.

While shooting I was visited by a spirit of virtual intensity who advised me on creating the sumptuous digital tapestry textures of David Mallet’s original.

Many thanks to my Mum Margaret Margaret Georgeson for directing and filming this one!

I imagine there will be a split verdict…… some will love it and inevitably some will hate it. Personally I think that it is stunning as it grapples with the ‘all-time-low’ aspect of the song and accentuates the pathos yet retains a mischievousness in place of the mystery.

Add it to the list of ‘decent’ Bowie covers.

Lee Real wrote an excellent piece a while back listing his personal pick of Bowie covers – I guess, like me, you won’t agree with all of them, but it is an interesting selection.

The delicious new Art-Pop LP Simply the Best from psychedelic absurdist Mikey Georgeson  is available from 12 September 2021 on CD -a heady vortex of an LP features 15 new tracks of Mikey’s magic-mundane vision of pop, plus two beautifully skewed cover versions, Smile and Ashes to Ashes.