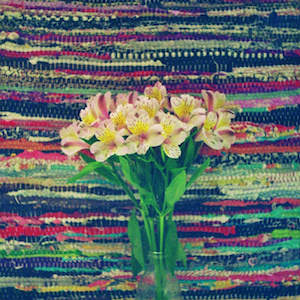 I had the pleasure recently of attending some free shows at The Old Blue Last when visiting London. One of the highlights was Mowbird, from Wrexdale in Wales, who headlined with some great openers (Witching Waves/ Trust Fund). I was impressed such great bands were being showcased at a free show – and on a Monday night, no less.

Mowbird’s recent release Islander is a finely crafted collection of 11 lo-fi, yet not purely unpolished, tracks that run around two minutes each. They slickly fuse a sort of fuzz pop, at times, surf-rock style with indie slacker rock, heightened by the inclusion of an organ that is crucial to their sound. Mowbird are reminiscent at times of Montreal’s The Unicorns – easy to listen to, yet far from run of the mill.

While some of the vocal stylings and rockouts are Pavement-esque, Mowbird are by no means a knock-off. While there is some intentional dissonance to add interest these tracks don’t commit to that ‘slacker’ sound defined by bands like Pavement.

That said, the bridge and outtro on some of the album’s highlights, the title track and “Happy Active Horse Organ”, scream Pavement somehow. But these tracks offer originality that goes beyond, featuring a great contrast between the pared-down drums and sparse guitars with rhythmic vocals, and the fullness of the chords and organ on the chorus – this is a theme that runs throughout the tracks on this solid album.

First track “Return to the Sea” showcases a lot of what makes this album a success from start to finish, particularly the dominant and dissonant organs over megaphone-esque vocals.

“Brompton” begins with whistling, entirely fitting for the whimsicality of this poppy punkish track. “Empress” bypasses the cute and hits even harder, relentlessly fast-paced from the get go.

“The Yellow Fog” features a great break between the sing-songy tune of the bridge and verse parts, contrasted with the much crunchier rock of the chorus, particularly on the way out with the line “you, are my only friend.”

“Holy Moly” expresses a disconnect between someone more with-it and someone less so, “Settle down now, wrecklessness is boring… who’d wanna be with you again? I don’t wanna be with you again.” The outtro on this track, as well as the darker “Playmate” are 90s indie/alt rock verging on grunge bliss, but with the added depth provided by the organ.

Islander is one of the best albums I’ve heard so far this year. Its entirety is a striking culmination of pop, punk, indie, past and present, with their own unique spin on all things considered for good measure. The result is a sound quite unlike anything else.

All words by Lisa Sookraj, find her Louder Than War writing here.