Home Music move over Coldplay and Lady Gaga – the ultimate Bowie cover was... 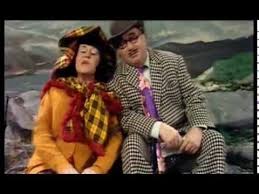 Crackerjack was a shouty, fairly naff BBC kids TV show from the 60’s and 70’s.

It seemed really dated at the time – even when you were a 9 year old and didn’t know what dated was!

Every week they would do a bizarre, sub musical take on a  current pop hit – there is a version of XTC’s Making Plans For Nigel and then there is version of Peter Glaze doing Bowie’s classic Golden Years – this should be compulsive viewing for all those about to attempt their Bowie covers at the Brits…