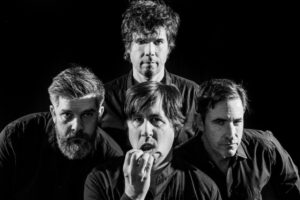 The Mountain Goats release a new single – the fantastically title does ‘Andrew Eldritch Has moved Back To Leeds’ from their new LP Goths.

The album was recorded in Nashville with producer Brandon Eggleston. The album is serve from the band’s voice and guitar template with one song “Rain In Soho,” that the band recorded with members of the Nashville Symphony Chorus.

First single “Andrew Eldritch Is Moving Back To Leeds” is a sort of story-song about the frontman of goth overlords the Sisters Of Mercy.