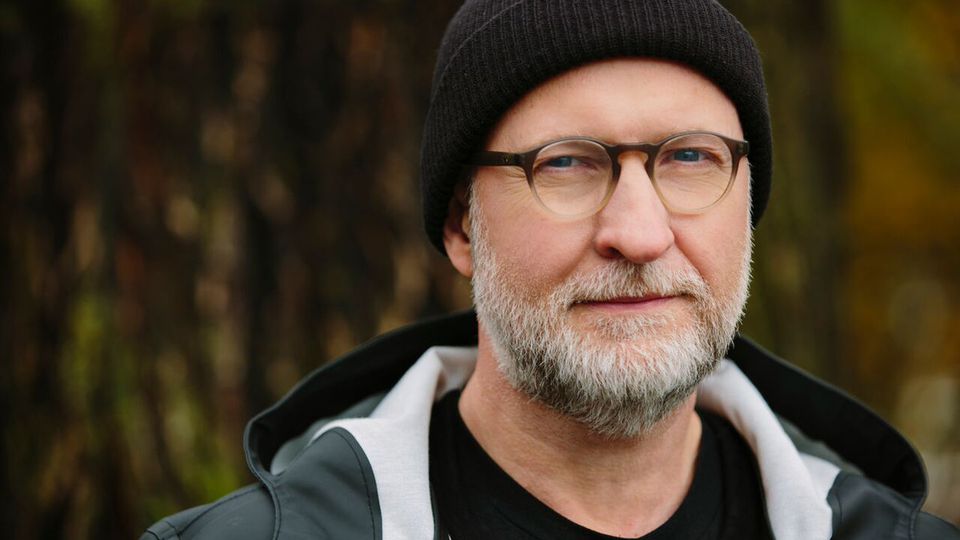 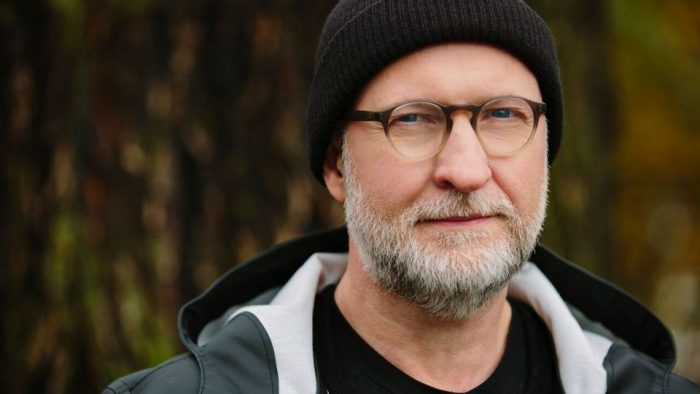 There’s a key lyric that sums up Bob Mould’s life and career, and handily it’s in his most recent record, the stunning Patch the Sky. As ‘Monument’ oozes and aches, Mould testifies: “I try to be happy every day, but my black heart it burns. The white ash gets its turn, I never ever learn, but that’s my way.”

Mould’s music encapsulates raw emotion – his songs are the equivalent of pounding knuckles, head-banging frustration and redemptive ruminations. From the breakneck guitar bludgeons of Husker Du to the bright but brutal jangle of Sugar, Mould has carved out a career as one of rock’s most introspective, intelligent and immeasurable songwriters. As he prepares for a UK tour, here are 10 of his best solo works.

There isn’t a lot of love for Mould’s experimental Modulate, which largely jettisoned his jet-black guitar growl for waves of synth subtlety. Stiff drum machine aside, ‘The Receipt’ is a close companion of Mould’s typically tuneful distortion. His volatile relationship with Grant Hart allegedly rears its head here, too, as Mould signs off with a smirking “let there be no doubt what this one’s all about.”

The dour District Line still saw Mould straddling electronica and indie with nervous equilibrium, but when he gets it right, he’s as potent as ever, not least on the opening ‘Stupid Now’, which segues from a Death Cab-indebted glacial motif to a burst of lung-busting self-laceration (“everything I say to you feels stupid now”).

By this point in his career, Mould was tired of his imposed identity as the angry man of rock. Thus, The Last Dog and Pony Show was a consolidation of his strengths – heart-heavy lyrics, pounding melodies and a load of guitars. ‘Sweet Serene’ is the pick of the bunch, a ramshackle ride that’s aided by Mould’s twisting, turbo-charged fretwork.

The deeply personal, Sebadoh-style Bob Mould, affectionately known as ‘Hubcap’, saw the artist trepidatiously enter new waters. ‘Next Time That You Leave’ was a bitter, but mournful, blast at Mould’s then-long-term partner, spitting “you are just a bastard” over an abrasive, emotionally-charged wall of sound.

One of his most underrated records, Body of Song blended acoustic introspection with a long-awaited return of Mould’s unique, fuzzy chug. ‘Days of Rain’ is one of his finest ballads. Jagged, idiosyncratic arpeggios fuse with Mould’s trademark acoustic jangle as Mould sighs “was I gullible? Absolutely so. The only way I know.”

This was the real return everyone wanted – Mould at his punk-infused, bile-spitting best. ‘The Descent’ was that first glimpse of the rekindled flame, a Sugar-esque six-string blast that’s perfectly anchored by Mould’s unbeatable rhythm section of Jon Wurster and Jason Narducy.

Wherein the hot streak continues – Beauty & Ruin had more reflections than Silver Age, but no less power. With a riff so Mould-esque it was hard to believe he’d never strummed it before, the powerful preaching of Mould (“nothing left will ever be the same”) is held up by frantic, urgent drumming and Bob’s yearning riffwork.

Fresh from Husker Du, Mould’s Workbook was a surprising U-turn, showcasing his ability to craft the same passionate pleas through the medium of twelve-string salutes. The uplifting, life-affirming ‘See a Little Light’ may be a little too positive for Mould purists, but it’s an anthem in itself and still resonates today.

It took Mould nearly forty years to deliver perhaps his most pessimistic, and most Mould-style, title, and thankfully it didn’t disappoint. ‘The End of Things’ is one of his most ferocious, feral but fruitful songs, an urgent, barnstorming guitar coda shaking the walls as Mould addresses the Apocalypse with his usual hearty yelp.

Silver Age was a joy to listen to, particularly after the innovative but uninspiring mid-’00s period. One of its most joyous moments was the Husker Du-infused riff that bleeds into ‘Keep Believing’, four minutes of unbridled, brash joy as Mould sings: “you can’t get this feeling anywhere but here.” You’re not wrong.

Bob tours with his band in October – tour dates are here. He is on Facebook and Twitter, and his current record Patch the Sky is out now.