Home Best of the Web Motorhead, The Damned and The BossHoss: Manchester Apollo – live review 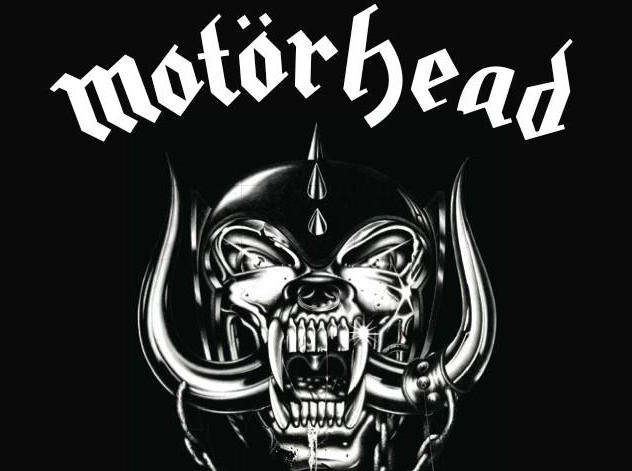 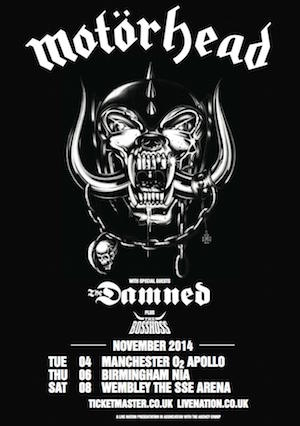 Motorhead, The Damned and The BossHoss

A revitalised Lemmy leads a blistering assault on Manchester.

“But that’s the way I like it baby I don’t wanna live forever……but apparently I’m going to” are the appropriate words, delivered in that familiar rasping voice, that reassure the throng and perfectly summarise the evening. Motorhead are again on tour with fellow odds-beaters The Damned and between them ensure a night of full on rock and roll and a celebration of survival.

The BossHoss had the unenviable job of kicking proceedings off with a stage time of 7.15. Originally formed in 2004, this German seven piece have sold well in excess of a million records at home and  purvey an intriguing mix of Country, Hip Hop, Rock, Blues and just about everything else thrown in. They have just released an album for the UK, God Loves Cowboys, and drew much of their set from that. Their live show benefitted from the presence of three Mariachi Men to create a sound that was going down very well with the rapidly growing audience. The BossHoss ended a set that was necessarily, but regrettably, all too brief with a superb cover of the Cameo classic, Word Up.

The Damned are without doubt the great punk survivors. Throughout a career that spans nearly forty years this collection of free spirits has never compromised or wavered too far from their agenda of delivering combustible live shows that frequently teeter on the precipice of chaos but never fail to send punters home happy. Launching straight into Nasty, from their legendary Young Ones appearance (and dedicated tonight to the memory of Rik Mayall), The Damned are clearly on top form. They are also relishing a return to a venue they have graced as headliners and first played at as support to T Rex in February 1977. Captain Sensible, resplendent in his OAP jacket (Old Age Punk) informs the crowd that Marc Bolan and Lemmy were the only members of music’s ‘old guard’ who ever supported Punk at the time.

Watching classics like Disco Man, Love Song, Wait For The Blackout and Lively Arts delivered faultlessly yet again, it’s difficult to imagine the real hostility that groups like The Damned would have faced early in their careers. It’s our good fortune, and a tribute to their endurance, that they are still here with us on nights like this. Watch the Captain, one minute bouncing round to Silly Kid’s Games, the next firing of the electric riffs to Ignite. Then study Dave Vanian, familiar yet still tangibly mysterious, stalking the stage and giving full reign to one of the finest voices in any musical genre with History of the World Part One and the inevitable Eloise.

In US Indie magazine, The Big Takeover, earlier this year, Tim Sommer identified The Damned as the most underrated artists of our time (ie ability exceeding level of acceptance), a view with which no less an authority than Tony Fletcher agreed. Seeing them in action again tonight simply reinforces that and as the set climaxes with New Rose, Neat Neat Neat and Smash It Up Parts 1 and 2 most of those inside a packed Apollo would probably also tend to agree. Despite years of anarchy, chaos and a little bit of destruction, there are few other bands who you would choose to go and play for your life.

One of those however, may just be Motorhead. It’s no secret that Lemmy has faced some serious health issues in the time since they last toured the UK and, despite the iron-man public persona, the anticipation of his appearance was surely tinged with a little concern. Maybe that goes some way to explaining the roar that greeted his appearance on stage, enough to shake the foundations of this Art Deco Oasis of Ardwick Green. The familiar gravelly tones deliver the familiar greeting; “Good evening Manchester, we are Motorhead and we play Rock and Roll.” And that’s just what they proceeded to do, throughout the next seventy five reassuringly ear-splitting minutes.

Delving into their back catalogue we are treated to Shoot You in the Back from Ace of Spades before plundering Overkill for Stay Clean, Damage Case and Metropolis. Where once he prowled the stage like a lion guarding his territory (and I speak as someone who once felt the full weight of his cowboy boot up my arse after inadvertently landing on his stage), Lemmy is now content to lead the charge Over The Top, fixed behind the familiarly angled microphone and sporting his US Cavalry Officers hat.

Expressing concern to his audience regarding the noise levels, particularly whether they were loud enough, Lemmy proudly boasted that “I do want to damage your ears”. In 1982 Motorhead had the plug pulled when headlining an open-air show at Wrexham Racecourse Ground as patient beds in the hospital half a mile away were apparently shaking due to the noise. I’m not aware whether the patients objected to this sensation but it’s yet another medal earned by Lemmy in his life-long war on quietude.

Proud Welshman Phil Campbell, complete with the Dragon on his guitar is a hive of activity as he works the crowd and delivers a sublime solo before the eternally lustful The Chase is Better Than the Catch. All may be rosy in the Motorhead garden now but Lemmy is quick to good naturedly remind the crowd who cheer the mention of the Another Perfect Day album that “you fucking hated it when it came out”. We also remember seeing the band in this same venue almost 30 years ago to the day, only then it was half full at a time when the Motorhead star seemed to be on the wane and their record company had virtually written them off. They may be masters of all they survey today, but make no mistake they’ve worked for it.

Aftershock, their most recent album, has received glowing reviews and is surely one of the band’s strongest efforts but only one track, Lost Woman Blues, is played tonight. Orgasmatron’s Doctor Rock is blisteringly relayed and features a storming Mikkey Dee drum solo along with Just ‘cos You Got The Power and the excellent Going To Brazil. Killed By Death, the song that helped revitalise the band in the mid-80’s has never sounded better before the inevitable mastery of Ace of Spades lacerates the venue. Overkill is delivered as an encore in thundering fashion to bring this first night of the tour to a rousing conclusion and the ovation that follows is great to see.

“We are Motorhead and we play Rock and Roll” Lemmy reminds us as the house lights come on. We hear you Lemmy, loud and clear.

BossHoss can be found on their personal website: thebosshoss.com

As can The Damned: officaldamned.com