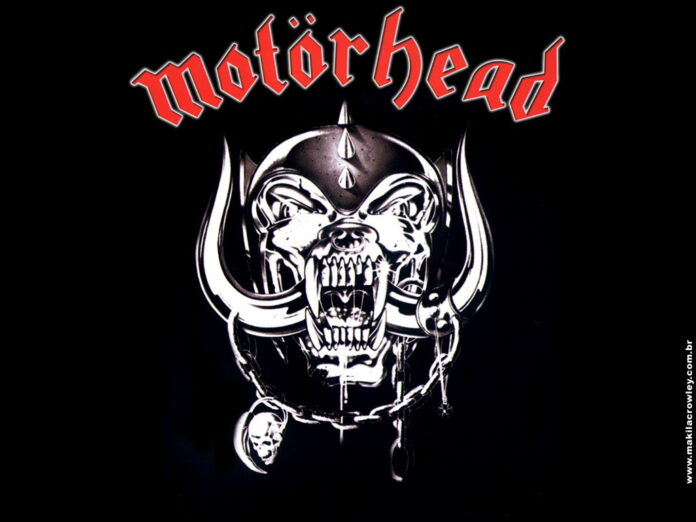 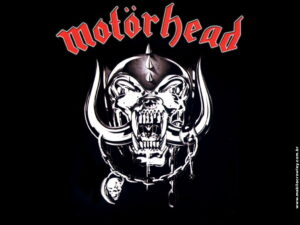 This year marks 40 years since Lemmy Kilmister assembled his original line-up of Motörhead, kick-starting the roller-coaster that would redefine the metal genre and hoist rock ’n’ roll’s primordial essence back into the playing field. Now in 2015, we find ourselves in the midst of a monumental nine album 180gram vinyl reissue series. It seems only fitting, therefore, that we pay homage to the band who out-noised punk and paved the way for many other artists across the globe.

Released in 1981, the live album No Sleep ‘Til Hammersmith recaps the highlights from the legendary run of albums Motörhead released during previous years, namely Overkill, Bomber, and Ace of Spades. The band’s lesser self-titled debut album is also accounted for here with two inclusions (Motörhead and Iron Horse), but by and large, it focuses on the standout tracks from the aforementioned trio of classics. This alone makes No Sleep ‘Til Hammersmith noteworthy, for it plays like a greatest-hits set, opening perfectly with Ace of Spades. However, what makes it all the more remarkable – and so much more than a standard run-of-the-mill live album – is the performance. It’s breakneck!

Recorded in Leeds and at two sell-out concerts in Newcastle’s City Hall, we encounter the band in its natural habitat, on stage in front of a horde of adoring fans. Hitting the number 1 slot as soon as it was released, No Sleep ‘Til Hammersmith captures the classic Motörhead line-up at the peak of their power and popularity – riding high on the crest of Ace of Spades’ success the previous year. Motörhead could do no wrong at this point in time, laying the foundation for the forthcoming thrash movement – and their winning streak continues here on No Sleep ‘Til Hammersmith, one of the best live metal albums of all time.

The trio of Lemmy (bass and vocals), “Fast” Eddie Clarke (guitar), and “Philthy Animal” Taylor (drums) unleash themselves through this 11-song set, upping the power and speed of the already intense and speedy studio recordings. Yes, believe it or not, these performances are even more crazed than their studio-recorded counterparts. Of course, the fidelity isn’t as clear and the instruments aren’t nearly as in reprieve since this is a live recording – and while it’s of high quality for live recordings of its day, it’s relatively lo-fi by today’s standards. Still, the headlong nature of this performance distinguishes No Sleep ‘Til Hammersmith from its studio predecessors, making it an excellent, recommended complement to those essentials. “This one is a slow one so you can get mellowed out” shouts Lemmy, before leading another assault on any eardrums that happen to be within a three mile radius. Of course, Capricorn – the number in question – is a might slow by Motörhead standards, but is more than enough to diminish most other bands attempting their speed-metal sprint. The drums, guitars, Lemmy’s vocals – they’re all insanely magnified for this release. It’s faster, heavier and louder than any of their other records. You can practically smell the beer and sweaty body odour of the crowd and band alike.

Unfortunately, cracks were showing by 1982’s Iron Fist – the final album to feature the band’s classic line-up, as guitarist Eddie Clarke would depart following its completion. Iron Fist, the bands fifth studio album, is mostly distinguished from its predecessors in terms of production – and not favourably! Clarke produced this album himself, whereas industry veterans Jimmy Miller and Vic Maile had respectively manned Motörhead’s past four albums. Clarke’s production is a little sterile in comparison taking a straight and simple approach, with his guitar in the forefront, sounding slightly more polished than usual.

These are minor points, however. Iron Fist is a fine Motörhead album, and there’s not much to complain about here. The tracks remain as great as ever and the performance is ferocious. The five-fingered disconcertion of the heart-attack title track, the boogying (Don’t Need) Religion and Speedfreak (see below), the BOC-referencing Shut It Down, and the quick-exit bonus bit Remember Me, I’m Gone, all maintain the howitzer power of the trio’s best work, amid a strong selection overall. “America” sports a savage surge, but one can sense the gears beginning to grind.

If Iron Fist falls a little short of its predecessors, it’s still in a class with those earlier albums, at least in relevance to what would follow in the years to come. Not long after the albums completion, Clarke hit the road to be replaced by former Thin Lizzy axe-ace Brian Robertson. Thus, Iron First ends the vintage Motörhead period and sadly, it was downhill from here for Motörhead, slowly but steadily.

Another Perfect Day is, without a doubt, the most controversial Motörhead release, albeit the most misunderstood album in their discography. Released in 1983, the record finds Brian Robertson step into the guitar spot vacated by Clarke, marking a change for Motörhead that went far beyond the names on the roster. However, Robertson’s fluid, melodic style worked wonders here, creating an album dripping with heavy numbers and memorable guitar work, but more impressive is the sophisticated and melodic nature of the songs.

Standout tracks here include the raging opener Back at the Funny Farm (see below), the biting hard rock of Marching Off To War, the arpeggiated melodies of Dancing On Your Grave, the drawn-out blues exercise One Track Mind and the raging Tales of Glory. Robertson’s inventive use of intricate riffs and flashy solos added a great element to the Motörhead attack, and coupled with Lemmy’s gruff vocals, bombastic bass, and Taylor’s pounding drum work this made for an interesting variation on the tried and true formula that the band had been using. Tempos are slowed to a mid-tempo swagger. Guitar leads proliferated. Lemmy’s raspy snarl poses an odd-but- compelling juxtaposition to the variegated musicianship. This is not the Motörhead that fans know and love. Reaching consensus on the question of whether Another Perfect Day was intrinsically good would take a decade to achieve.

To this day, it remains one of the most unique albums in the entire Motörhead catalogue. Thanks in part to Tony Platt’s excellent production, Another Perfect Day ranks among the band’s best-sounding records ever, but tinkering with a legendary formula is always fraught with danger and as one might expect, the results here are alternately exhilarating and sometimes frustrating. If Ace of Spades is arguably Motörhead’s pinnacle, Another Perfect Day is like the inevitable stumble on the way back down. In a move that surprised nobody, Brian Robertson would soon depart – taking drummer Phil Taylor with him – due to interpersonal friction and musical differences. This rapid decision to part ways probably saved the band, as it was clear that Robertson was not Motörhead material. But, to his credit, he brought something to the band that was of-the-era and made Another Perfect Day one of the most intriguing albums in their entire archive.

Most fans of the metal or punk genres will, of course, be familiar with these albums, but the vinyl reissues provide a perfect chance to revisit them and approach them with a fresh ear. Still crucially the DNA of heavy music, Motörhead remain relevant still, making these landmark releases worthy of a place in the record collections of both long time fans, and those who are now just discovering their legacy.

Motörhead can be followed on Facebook and Twitter, or keep up to date with the latest news via their official webpage here.