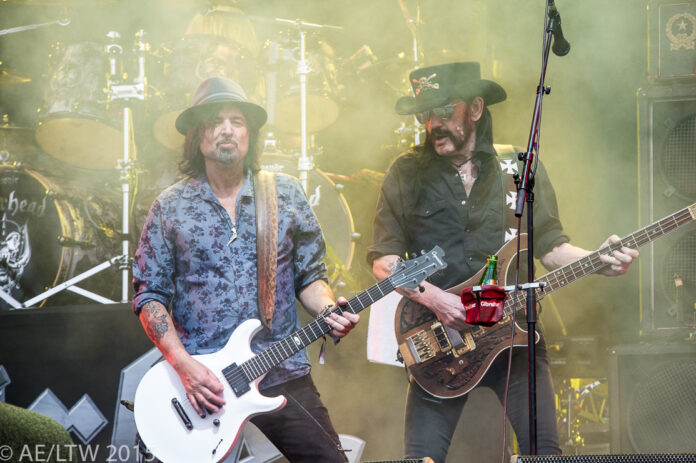 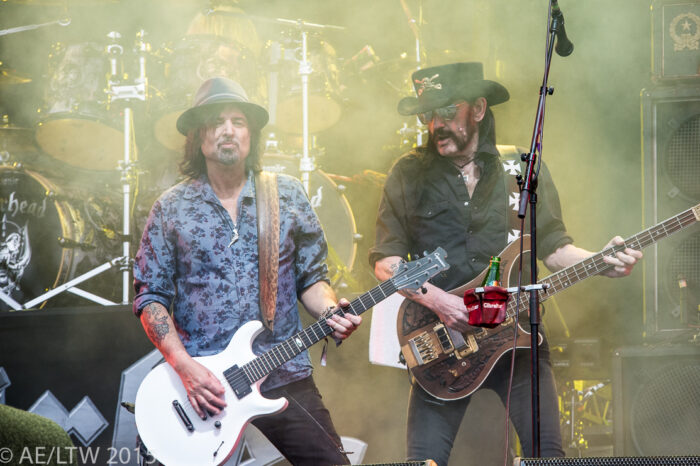 It’s the main stage of Glastonbury and there he is Lemmy – the reptilian uber god of true rock n roll, the last man standing from the now fast disappearing era when this kind of stuff really mattered.

If you could look into Lemmy’s eyes behind those impenetrable shades you would see the same kind of screaming madness of Little Richard, the early Beatles, the MC5 – the holy lineage of true rock n roll.

Motorhead are one of the great British bands.

Motorhead are one of the great bands.

If you need to tell them what this quicksilver stuff called rock n roll is you play them Motorhead.

They enscapulate everything and yet are not trapped at the same time.

They were more punk than most punk bands, more heavy than most metal bands but they are neither.

Motorhead are beyond genre.

Glastonbury in the afternoon is so wrong it’s right.

Lemmy stands stock still onstage oozing feral rock n roll thrills and a desperate danger. His bass is not a weapon, it’s more like a bazooka as he deals fantastic bass lines that growl like his holy larynx.

These are bass lines of a lead guitar player versed in classic late fifties pop melody and the jagged illicit thrill of early rock n roll. Lemmy comes from the time before the dark stuff existed. He remembers the sudden, life changing, energy thrill of rock n roll when it first arrived and Motorhead are built to deal this out eternally and this is what makes them so damn special.

Lemmy is defying gravity, death, fashion and the vagaries of the modern music world to become a nocturnal national treasure and the band sound fantastic, dusting off a no compromise set of new and old songs that arguably all sound the same and yet different.

The same because they have perfected what they do.

There is no room for manoeuvre in the best possible way. In Motorhead there is no space for current trends because, like the Ramones, Motorhead have distilled the secret art of rock n roll into a perfection that seems so easy but is actually almost impossible to do. 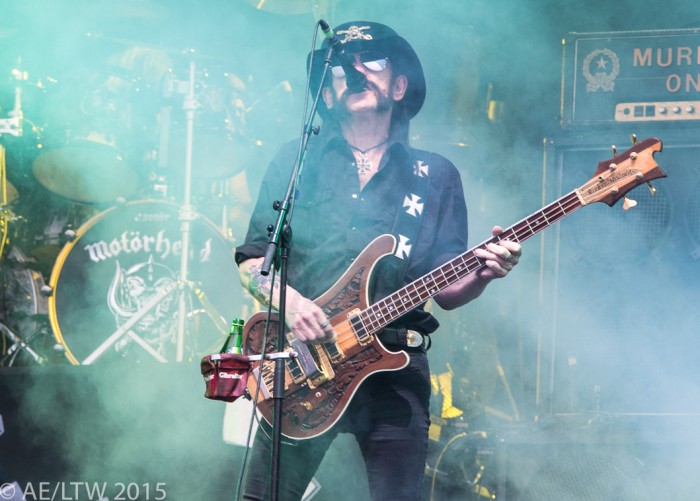 This is not metal.

Motorhead play hard and heavy but they play great pop songs that are ground out by Lemmy’s voice that is the epitome of lived in and sounds like a million nights on the road – this is the gritty truth of the romance at the heart of renegade rock n roll and its a beautiful thing to hear.

The health issues have been brushed aside like decades of pale imitators and he looks oddly healthy and oozes a dangerous charisma like the last gunslinger in town as he delivers these high octane sermons with his Jack Daniel dragon breath.

Some may wonder why Motorhead are playing Glastonbury but it all makes sense- Lemmy is the spine from the classic Space Ritual Hawkwind- that was the ultimate British seventies trips album and the soundtrack to the early Glastonbury. This is Lemmy’s party and Motorhead fit perfectly even if they are in the broad daylight like bats out of hell.

The band has been around for ever and their deceptively simple formulae of grinding bass runs, guitar flash and pounding caveman drums feel like all you all you need to know about rock n roll. This is from the gut, no frills powerful rock n roll. It sounds like a turbocharged car revving, it sound like hell boiling over and it sounds dangerous and it sounds thrilling.
Some drunken goofs dance ironically in fancy dress next to me.
They think liking Motorhead is ironic- the stuff of devil signs with their stupid spoilt fingers- these people don’t understand.